US and Iraqi forces kill hundreds of IS fighters fleeing Fallujah

Coalition commanders say vehicles, men and weapons destroyed in air raids against huge convoys of IS fleeing Iraq in defeat 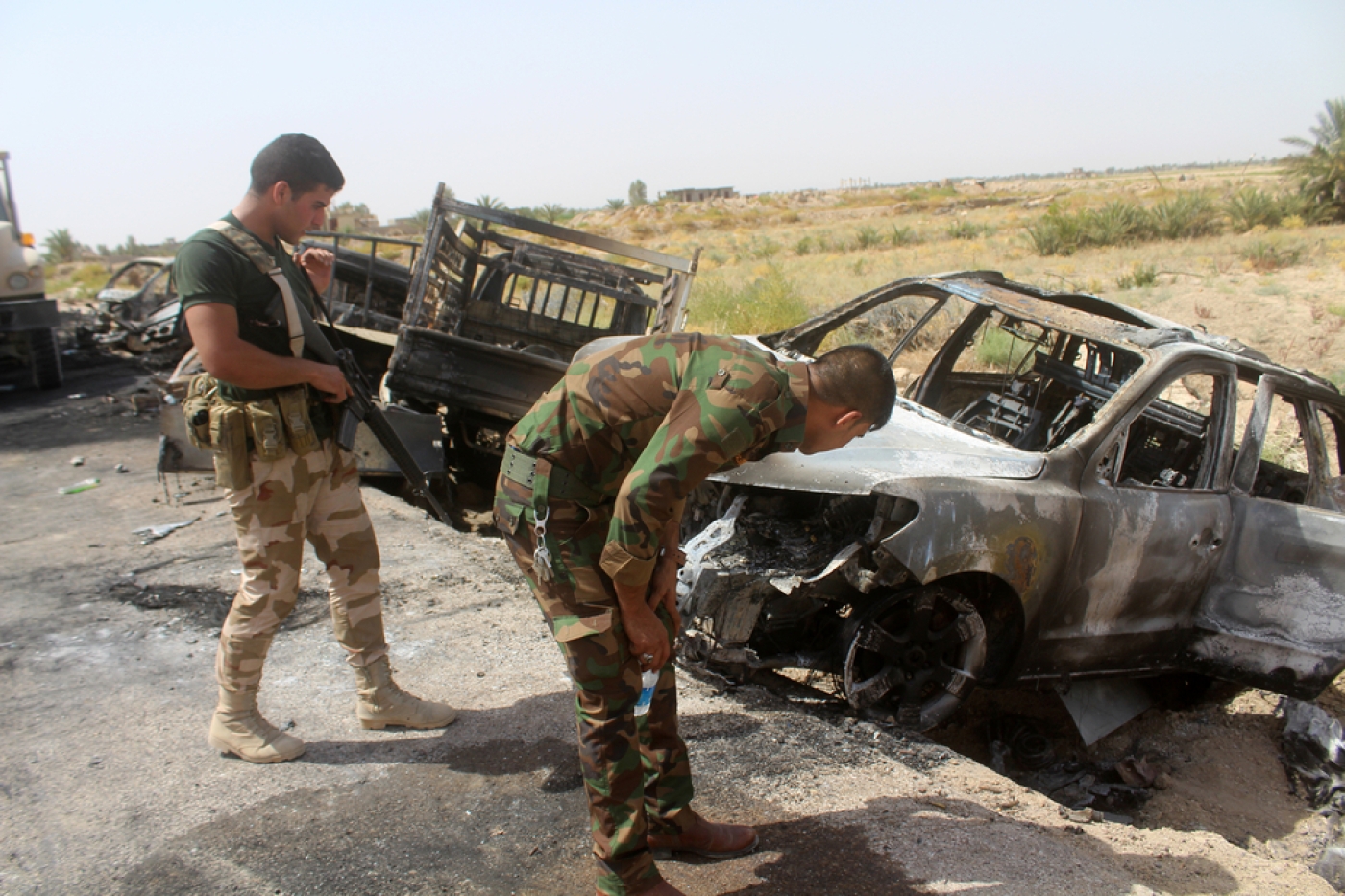 Iraqi and US-led coalition air raids have destroyed hundreds of vehicles and killed dozens of Islamic State (IS) militants as they fled the Fallujah area, officials said on Thursday.

"Over the last two days, the Iraqi security forces and the coalition conducted strikes against two large concentrations of [IS] vehicles and fighters," Pentagon spokesman Matthew Allen said.

Allen said the coalition destroyed an estimated 55 vehicles from a convoy that gathered in areas southwest of Fallujah and a further 120 in an area northwest of the city.

"We know the Iraqi security forces destroyed more," he said.

Iraq's Joint Operations Command said the air force destroyed 96 vehicles and killed "a large group" of militants on Wednesday and Thursday, while army aviation destroyed 507 and killed "dozens" over the same period.

The JOC said coalition bombing left 349 IS militants dead. It was not clear how the dead were counted and identified and no figure could be independently confirmed.

The raids targeted large convoys of IS vehicles including pickup trucks, minibuses and cars.

"This is a desperate attempt on the part of the terrorists to flee to their areas in al-Qaim near the Syrian border and Tharthar," said Anbar Operations Command chief, Staff Major General Ismail al-Mahalawi.

Tharthar is a lake north of the Euphrates surrounded by desert through which IS fighters still have lines to reach Mosul, the country's second city and their last remaining major Iraqi hub.

Iraqi forces retook full control of Fallujah, just 50km west of Baghdad, last week. Thousands of Iraqi troops were killed and injured in the operations, according to sources spoken to by Middle East Eye.

According to Rasool and other military sources, the first air raids on retreating IS forces broke up a convoy that stretched several kilometres.

Some IS militants left their vehicles and hid in a spot which was subsequently struck by Iraqi aircraft, resulting in a very high death toll, he said.

Fragments of the convoy were able to move on and some more vehicles were destroyed in subsequent strikes.

"We achieved a great victory by killing dozens of militants and the leaders of this organisation who tried to flee after their defeat," Rasool said.

The JOC said the majority of the strikes were carried out by Iraqi aircraft and that US-led coalition warplanes joined the operation later.

Iraqi forces are now training their sights on Mosul and pressing simultaneous operations from the south and the east of Qayyarah, a town in the Tigris valley they want to use as a launchpad for a full-fledged offensive on IS's de facto Iraqi capital. Iraq at War
Iraq's Fallujah 'fully cleared of IS'