A US-backed alliance of Arab and Kurdish fighters announced on Saturday "phase two" of its campaign for the Islamic State group's Syrian bastion of Raqqa.

Syrian Democratic Forces (SDF) officials told AFP that US soldiers would be "on the front lines" of the push for the northern city.

The announcement came after US Defence Secretary Ashton Carter told a security forum in Bahrain that Washington was sending an additional 200 troops to join the 300 it has already deployed in support of the offensive.

The SDF will "begin phase two of the campaign, which aims to liberate territory west of Raqqa and isolate the city," spokeswoman Jihan Sheikh Ahmed told reporters.

Speaking in the village of Aaliyah, north of Raqqa, Ahmed said the SDF had captured 700 square kilometres (270 square miles) of territory since it began its advance on the city on 5 November.

The alliance had also grown in size, she said, with more than 1,500 local fighters joining forces with the SDF after being "trained and equipped by the international coalition".

The SDF's coordination with the US-led coalition "will be stronger and more effective during the second phase of the campaign," Ahmed said.

Two SDF officials told AFP that US soldiers would be taking part in the offensive "on the front lines" alongside SDF fighters.

"US forces were on the front lines of the first phase of this offensive, and one member of these forces was killed. Their participation will be even more effective alongside our forces in the second phase," said SDF spokesman Talal Sello.

SDF adviser Nasser Hajj Mansour said: "American forces will be on the front lines of this phase."

Backed by coalition air strikes, the SDF has been pushing south from areas near the Turkish border, seizing a string of villages and advancing to within 25 kilometres of the city.

With a pre-war population of about 240,000, Raqqa is the de facto capital of the self-styled caliphate IS declared across Iraq and Syria in 2014.

The militant group still holds Al-Bab, to the west, and most of the city of Deir Ezzor, to the southeast.

Carter told the Manama Dialogue security forum that the 200 troop reinforcements will include bomb disposal experts and trainers as well as special forces.

Car bombs and elaborate networks of booby traps and mines have been the militants' favoured weapons as they battle to defend what remains of the "caliphate" they declared across Iraq and Syria in 2012.

"We're now helping tens of thousands of local Syrian forces to isolate Raqqa," from which they are only about 25 kilometres, he said.

Washington's announcement that it will send another 200 troops to Syria coincides with an operation to retake Mosul.

The two cities are the last major urban centres under IS control after the militants suffered a string of territorial losses in Iraq and Syria over the past year.

With the offensives against Mosul and Raqqa, the US-led coalition against IS has reached "a critical milestone," Carter said.

Iraqi forces are battling militants deep inside Mosul, edging closer to the River Tigris, which divides the city, and looking for a breakthrough in the seven-week-old offensive.

"This is a complex mission that will take time to accomplish but I'm confident that ISIL's days in Mosul are numbered," Carter said, using an alternative acronym for the militant group.

He warned that it is unclear what form IS will take after its eventual defeat in Iraq and Syria, so the coalition of Western and Middle Eastern nations battling it will need to remain vigilant.

"We must be ready for anything," said Carter, who is on a Middle East tour before leaving office at the end of President Barack Obama's term in January.

In Syria, government warplanes have been pounding the remaining districts of Aleppo in rebel hands as US officials were to meet with their Russian counterparts on Saturday in a last-ditch bid to prevent a bloodbath.

Secretary of State John Kerry said that the talks in Switzerland would try to stop Aleppo "being absolutely, completely destroyed". 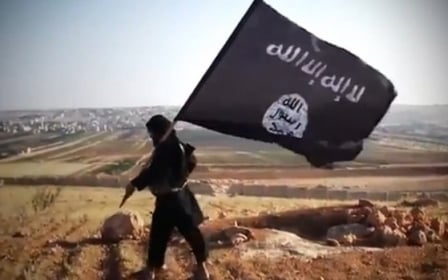