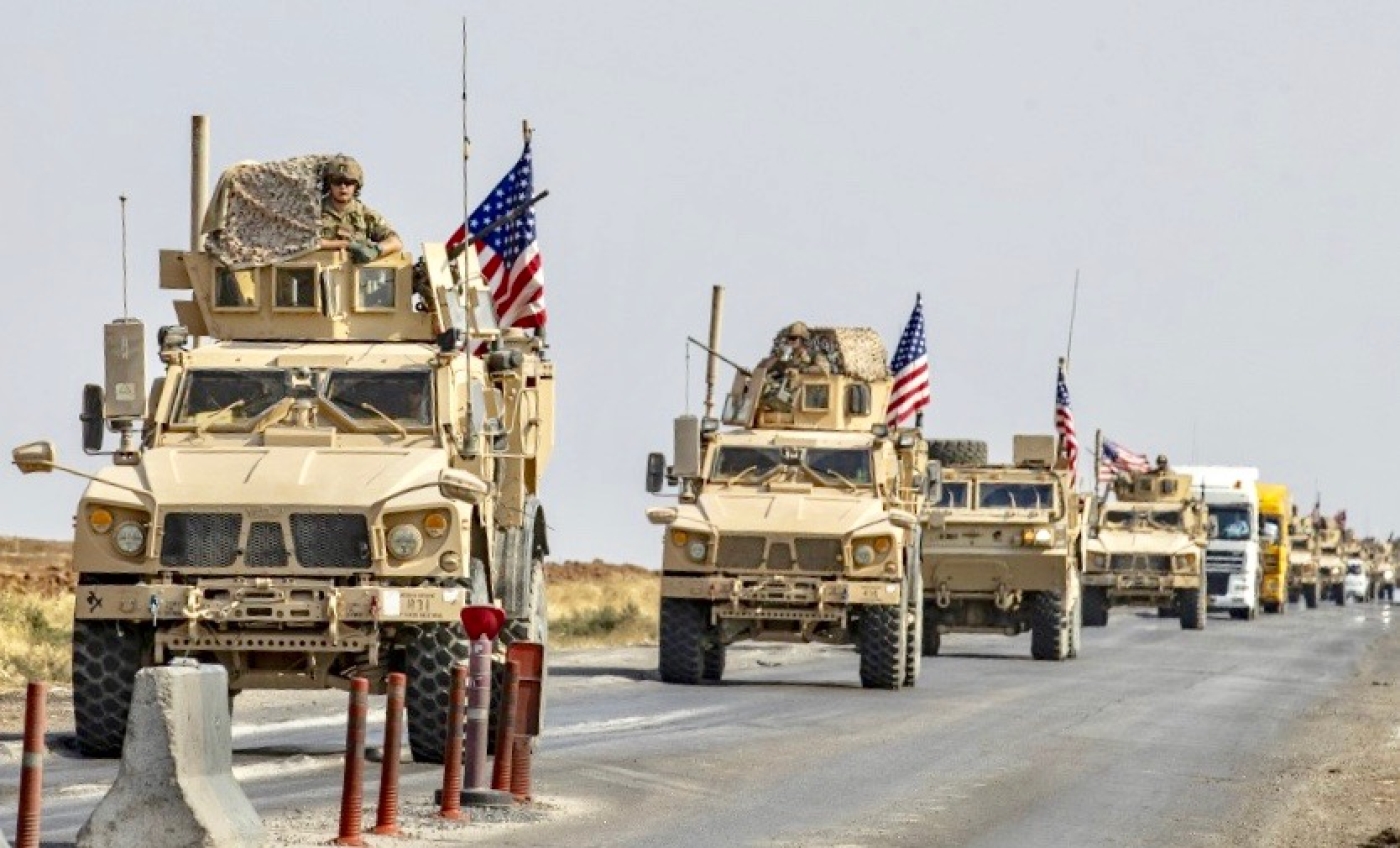 The official told AFP that Washington has begun reinforcing positions in Deir Ezzor province with extra military assets in coordination with Kurdish fighters of the Syrian Democratic Forces (SDF).

The aim was to prevent the Islamic State (IS) group and other actors from gaining access to oil fields in an area of Syria that was once under IS control, he said, declining to elaborate. The US official’s comments came as a convoy of about 13 military vehicles crossed into Syria from Iraq, an AFP correspondent said.

About 200 US troops are already in Deir Ezzor, but President Donald Trump earlier this month ordered an American pullout from Syria's northern border, paving the way for a long-feared Turkish invasion.

Trump last week said a "small number" of US troops would stay to secure the oil, changing the rationale for his country's involvement in the war.

A US defence official on Thursday told MEE in an email: "The US is committed to reinforcing our position, in coordination with our SDF partners, in northeast Syria with additional military assets,"

The deployment is supposed "to prevent those oil fields from falling back to into the hands of ISIS or other destabilizing actors," the official added, using another acronym for IS.

In a statement on Saturday, Russia’s Defence Ministry said that Washington had no mandate under international or US law to increase its military presence in Syria, and said its plan was not motivated by genuine security concerns for the region, according to Reuters.

"What Washington is currently doing - seizing and placing under control the oil fields of eastern Syria - is simply international banditry," the Russian ministry said.

US troops and private security companies in eastern Syria are protecting oil smugglers who make more than $30m a month, the statement added.

Russia, which backs Syrian President Bashar al-Assad and has helped him turn the tide of a bloody civil war, has long insisted that the US military presence in Syria is illegal.