Are centrist Democrats or progressives to blame for US House losses?

Political scientists have answers to arguments breaking out between centrist Democrats and progressives, and it's not looking good for the old guard 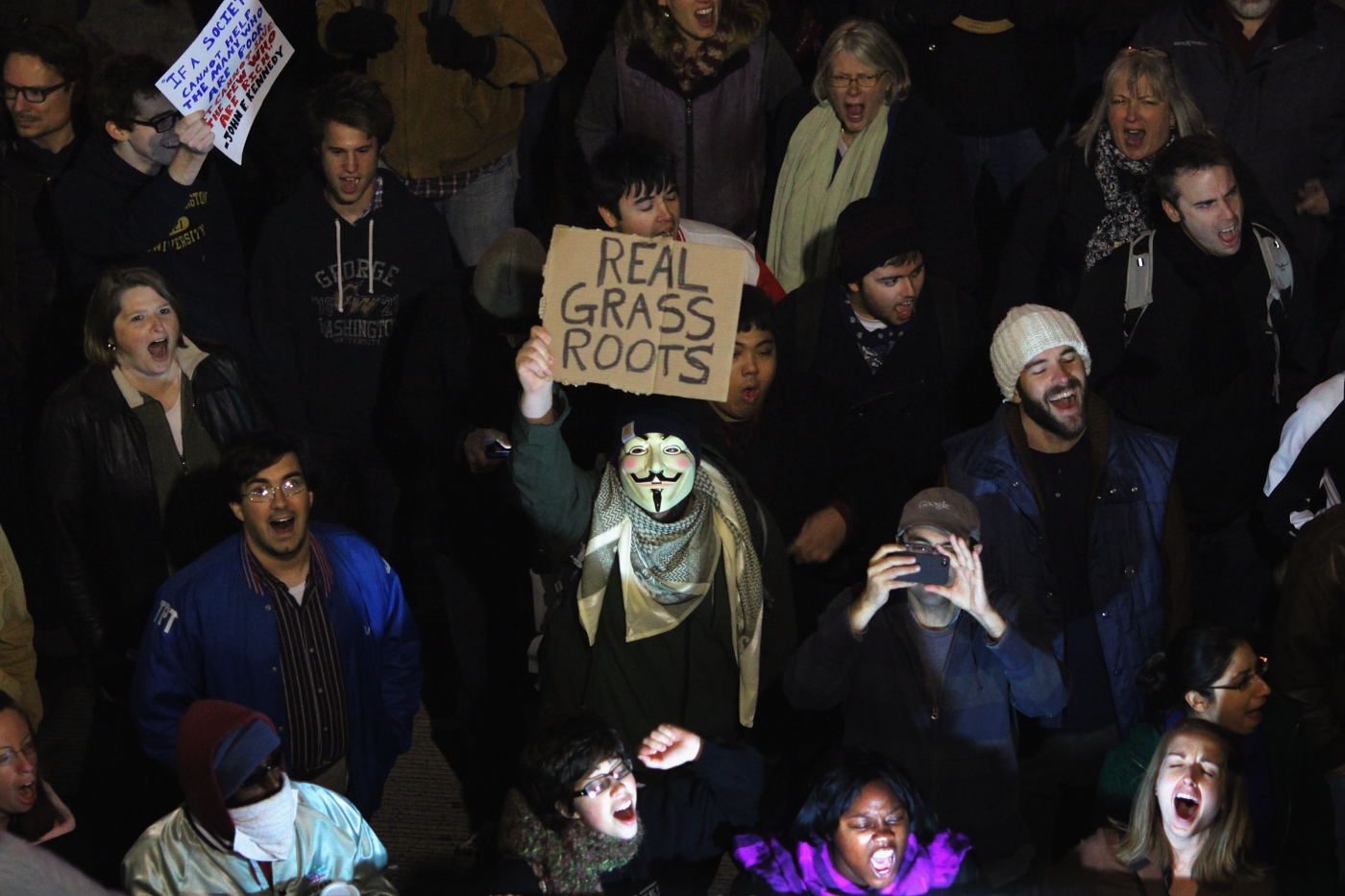 The infighting within the Democratic Party started days before several states were even close to finishing their election counts. The presidency had yet to be called, but it was already clear Democrats had not done as well as they'd hoped.

Progressives said centrist candidates faced surprise defeats in House races across the country because they campaigned poorly, but the establishment accused the left's "radical" platform of tainting the party's agenda for centrists.

While President-elect Joe Biden beat US President Donald Trump by more than 5.6 million votes, Democrats still had a net loss of between eight and 13 House seats, depending on final results.

At least 26 races came in with incredibly slim margins, winning with 52 percent or less of the vote despite nationwide record turnout, which generally favours liberals over conservatives.

The party retained narrow control of the House, but dreams of a super-majority that was all but promised by pre-election polling had been squashed.

Democrats immediately began to ask why, and without the threat of Trump to unite against, the ideological war that has been quietly brewing within their ranks exploded on the frontlines of Twitter.

The debate can essentially be boiled down to a disagreement over whether US elections are party-based or candidate-oriented. But that question has already been asked and answered, with the vast majority of political scientists treating as fact that Americans vote for the candidate, not the party.

"In the United States, we have a candidate-centered system, people vote very much for the candidate from the local level, up to the statewide campaigns and federal elections," said Paul Hernnson, a political science professor at the University of Connecticut, whose publications have focused on parties and elections.

Parties in the US are run more like coalitions, with different caucuses or factions bargaining for greater power in developing the core of the party - its platform. Still, parties and candidates have no obligation to follow the agreed-upon platform approved by their national committees. With Biden's narrow win, Democrats must do some soul-searching
Read More »

While moderates still share the majority of House seats, this year nearly all of the Democrats that lost were running on old guard policies, while progressives, a growing minority in the House, mostly won their races.

There are now four members from a small group within the progressive movement, the Democratic Socialists of America (DSA), in the House. Before 2018's Democratic upset, there were none.

Of the 29 candidates endorsed by the DSA running for various offices, including 15 statehouse seats, 20 succeeded, as did eight out of 11 ballot initiatives backed by the group.

"The people who call themselves progressives are largely winning their seats because they're running in places where that kind of platform is popular," said Hernnson, who is also a fellow at the Center for Responsive Politics, a non-profit group that tracks the effects of money and lobbying on elections and public policy.

Those areas are not always so predictable. Katie Porter, a liberal Democrat running in a historically conservative California district, was reelected by a comfortable margin; and progressive activist Cori Bush, backed by the DSA, defeated a 10-term Democratic incumbent to become the first Black woman and the first single mother to be elected to Congress in Missouri.

Still, in a joint call with House Democrats on 5 November, party leadership and moderate candidates lambasted progressive members for pushing so-called "socialist" policy points such as Medicare for All, the Green New Deal and "defund the police".

While Hernnson agreed that some of the moderate House candidates did lose "because they were tarred with the idea of being a socialist and all that", he said it was up to establishment Democrats to counter Republican attacks.

"Our elections aren't even that issue-oriented anymore. They're mostly about manipulating symbols. And if the Republicans want to manipulate the symbol [to say] that this Democratic candidate is a socialist, even though they're moderate, and they win that way, they'll do it," Hernnson said.

"And likewise, the Democrats enjoyed lots of success in 2018 by branding Republicans winning in competitive districts as Trump Republicans, and that's how it goes here."

So while establishment Dems argue that despite electoral wins, progressives need to reel in their leftist rhetoric for the good of the party as a whole, Hernnson says that is just not how American politics work. Candidates need to run on issues their districts want to vote for, he says, adding that infighting is nothing new, as there are always internal divisions within the narrow constraints of the US two-party system.

"We have a congratulations rationalisation kind of effect here, where people that win generally congratulate the voters for their brilliance and their campaign managers for great strategy… and people who lose blame money in politics, they blame national trends, they blame things that are out of their control," he said.

"What is different now is that the medium they're using is much more public," he said.

The party's very public blowout came amid the high-stress threat of another Trump administration coupled with the destabilising effect of a fairly new and growing caucus loudly shaking up the status quo.

Andrew Gelman, a professor of political science and director of the Applied Statistics Center at Columbia University whose studies have focused on election science, stressed the need for policy differences to be valued within political parties, given the size of the country and diversity in lifestyles.

"It's good for both political parties to have some ideological variation," Gelman told MEE.

"Democrats can run different candidates in different parts of the country and then they can work together in Congress," he said.

So why did Democrats do so well in the presidential election and still lose so many House races and fail to break through in the Senate? Both professors agreed that the answer likely lies with Republicans, particularly their rivaling voter turnout and penchant for split tickets this year. Trump enlarges his base, despite likely loss
Read More »

"[Some Republicans] strongly opposed President Trump and voted for Biden or didn't vote at all at the top of the ticket, and continued to support Republicans for other offices… There are some people that consciously split their ticket because they didn't want any one party to have too much control," Hernnson said.

Republican split-ticket voting could explain results such as those in Congresswoman Ilhan Omar's Minnesota race.

While Omar won, she received 72,800 votes less than Biden, which critics have argued is evidence of her having less support than the moderate presidential pick among Democrats.

Both the trend of Republican split-tickets and a third-party progressive in the race could explain why she received less support than Biden on the ticket.

'That's what we call a field victory'

Donna Davis, a progressive political consultant who has worked on Democratic campaigns for more than a decade, rejected the narrative that establishment losses were a progressive problem.

Davis said Democrats lost their congressional momentum because campaigns failed to get on the ground and speak to voters, pointing out that when results come in with small margins between two candidates, it is almost always the grassroots efforts of a campaign that pushes it over the line.

"When you see numbers that come in less than five percent, that's what we call a field victory," Davis told MEE.

"What pushes those numbers over the edge is usually fieldwork, but this year because of Covid, fieldwork was particularly compromised. And a lot of the money that drives these operations didn't get on the ground until very late," she said.

From her point of view, the establishment has historically had a problem effectively marketing their candidates. "[This is an] issue that Dems have always had, progressives did not create it," she said.

Davis said she has watched support for the establishment platform begin to shift away from them because they have gotten "out of touch with the masses of people who vote Democrat". She predicted that progressivism is the future of the party, pointing to progressive measures that won all over the country, even in places where establishment Democrats lost.

In Arizona, Democrats took five out of nine House seats, but according to an MEE count, the four Republicans who won totaled almost 55,000 more votes than the five Democrats, indicating that more people in the state voted closer to the centre or right. Still, in a statewide vote, Arizonans passed a 3.5 percent income tax increase for residents earning more than $250,000.

In Wisconsin, counties that overwhelmingly voted for Trump also voted to hike their own taxes to invest in schools.

Republicans swept Florida, a swing state Democrats had their hopes set on, but a measure to increase the minimum wage to $15 an hour passed with 61 percent of the vote, despite a bolded all-capped paragraph on the ballot warning such a measure would "have a negative impact on the state budget" and could "result in higher taxes or a loss of government services".

The state's other measures also went the way of progressives, with voters choosing against a "jungle primary" system that advocates warned may hurt minority representation in Florida’s government. Another amendment that progressives warned would have made it harder for ballot initiatives to change the foundation of Florida’s laws also failed.

Expecting votes for little in return

Rasha Mubarak, a Florida Young Democrats national committee member, stressed the importance of bringing minority groups to the table and offering some real concessions to them, rather than expecting votes for little in return.

"I think we have to take a deep look at why we passed the $15 minimum wage, yet we continue to lose," she told MEE.

"It's time to take a good hard look at [the party], to not just have representation and tokenisation, but to really have operatives and leadership that come from communities that know how to organise and mobilise the black, brown, indigenous people of colour, Muslim, Arab - all of the communities that could have easily swept this election." 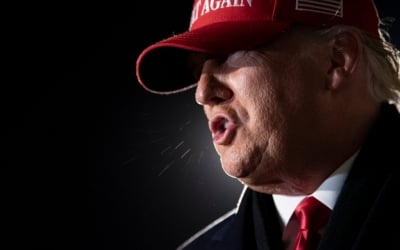 Trump is no aberration, he's the ugliness in America's soul
Read More »

Mubarak, who worked on grassroots organising for the party this election cycle, said she felt there was increased concentration on bringing voters in from the centre-right instead of working to energise and provide resources to the base.

"There's too much focus on trying to get people to listen to us that don't want to hear us, like the Cuban-American Republican vote that we will never capture," Mubarak said.

"These other constituency groups, they're not feeling heard on either side of the aisle; there needs to be so much structural change in how the Democratic Party operates."

Mubarak said in her grassroots work with minority groups she has heard the same complaints repeatedly.

"They're tired of the cleaner-dirty-shirt method," she said, explaining that in her experience, minority groups constantly feel like they are forced to choose between two candidates, when neither are working to lift up their communities. 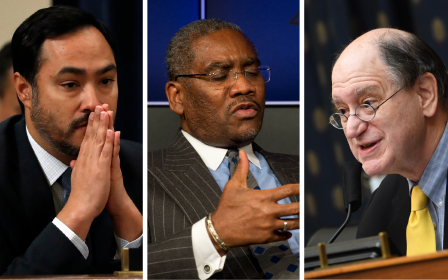