Rights groups, journalists and the family of an anti-al-Qaeda imam in Yemen take US to task for targeted assassination programme A Yemeni boy walks past a mural depicting a US drone and reading, 'Why did you kill my family?' on 13 December, 2013 in the capital Sanaa (AFP)
By
Amandla Thomas-Johnson

One afternoon, three suspected al-Qaeda militants arrived at the door of a house in Mukalla, eastern Yemen, demanding to speak with Salem bin Ali Jaber, a local imam.

It is August 2012, and the United States is conducting a covert drone war in the skies above Yemen against al-Qaeda, which is gaining a foothold in the country, despite the death of its leader Osama bin Laden months earlier.

Salem had drawn the attention of the suspected militants - days before he dared to give a sermon that challenged al-Qaeda to justify their attacks on civilians.

He was out, his father told the men before alerting his son.

The three men returned later that evening and found Salem at the local mosque with Waleed bin Ali Jaber, a policeman and relative whom he had asked to accompany him in case of any trouble.

Two of the men sat to talk with Salem under a palm tree as Waleed and the third man looked on.

Members of the bin Ali Jaber family would later reveal in court documents the horror of what happened next.

"I heard the buzzing of the drone, and then heard and saw the orange and yellow flash of a tremendous explosion.”

The family, led by Faisal bin Ali Jaber - Salem's brother-in-law and Waleed's uncle - say that all five men were killed by four Hellfire missiles unleashed by a US drone.

They are seeking an apology from the US government and an admission that the strike was unlawful.

US authorities are facing a number of such cases as victims' families and survivors seek accountability and campaigners attempt to part the cloud of secrecy surrounding killer drones.

Their effort comes as new figures from rights group Reprieve reveal a drastic increase in the rate of strikes and multiple civilian deaths in Yemen since Donald Trump became US president.

Lawyers representing the family argued at the appeals court in Washington in December that drone operators had a chance to target the suspected militants as their car sped toward Mukalla and before they entered a crowded civilian area.

But even that may have been avoided. An allied military base lay just three kilometres away, which lawyers argued meant that Yemeni officials could have been called on to attempt to detain the men. Even though they were labelled as suspects, they were targeted in a "signature strike” based on a pattern of suspicious behaviour as identified through metadata, the court heard. The government did not even know if they belonged to al-Qaeda.

The case was thrown out in June on the basis that it was a political, not judicial matter.

Yet the case called into question the lack of oversight of US policy on targeted killing, as judge Janice Brown acknowledged in a strongly worded concurring opinion.

"Congressional oversight is a joke - and a bad one at that, " she said.

"The executive and Congress must establish a clear policy for drone strikes and precise avenues for accountability.”

While her opinion is not binding, campaigners will plan to hang onto her words as they push to have the case heard at the US Supreme Court.

Meanwhile, US courts have moved to dismiss a joint case brought by two journalists who want their names removed from a US secret kill list.

Known in counter-terrorism circles as the "Disposition Matrix”, the kill list was first drawn up during the Obama presidency in 2010 and includes a database of information for tracking, capturing, rendering or killing suspected US enemies, according to the Washington Post.

"If he's in Saudi Arabia, pick up with the Saudis,” a former counter-terrorism official told the Post. "If traveling overseas to al-Shabab [in Somalia] we can pick him up by ship. If in Yemen, kill or have the Yemenis pick him up.”

Bilal Abdul Kareem, a US citizen and a Muslim, claims to have narrowly avoided five separate air strikes while reporting on the ground from Syria.

But he said he has doubts over whether he can clear his name. "I'm black, first problem, and we've seen all the bigotry that comes from the White House, and second thing, I'm a Muslim,” he told MEE.

"There hasn't been any targeting since the case was opened,” he said, adding that "I think the case has opened a situation that now we had to talk about it”.

Ahmed Zaidan, who is a Syrian and one of Al Jazeera's most prominent journalists, was included in a top-secret National Security Agency presentation about a secretive programme called "SKYNET” where he was listed as a member of both al-Qaeda and the Muslim Brotherhood.

Details of the programme which were leaked by former NSA contractor Edward Snowden in 2013, show that it uses metadata - including a person's travel behaviour, social network and phone usage - to decide who is a target.

Zaidan's work as a former Islamabad bureau chief for Al Jazeera Arabic, and as one of the first journalists to interview Osama Bin Laden before 9/11, may have caused him to be flagged-up, said Maya Foa, director of Reprieve, which is supporting the joint case.

"If you're a journalist making calls to make contact to report on cutting-edge issues, you might well have people in your social network that are on that list which would make you designated by that programme,” Foa said.

"It's algorithms, it's death by data.”

But in June the US government urged the court to dismiss the case. Zaidan and Kareem "provide no plausible factual support for their speculative assertion that the US government placed their names on a kill list and has authorised lethal action against them”, government lawyers said.

These kinds of cases are difficult to win, said Hina Shamsi, director of the National Security Project at the American Civil Liberties Union (ACLU), because "courts are too deferential to government claims based on national security grounds".

Targeted killing was President Obama's weapon of choice for pursuing suspected al-Qaeda militants across the globe without having to put US boots on the ground.

Outside of declared battlefields - such as Syria, Iraq and Afghanistan - the US has carried out drone strikes in Somalia, Pakistan, and Libya.

Despite safeguards introduced in 2013 to protect civilian lives, up to 161 Yemeni civilians were killed under Obama's presidency between 2009-2016, according to reports.

Yet the 38 strikes conducted in Yemen in  2016 in the last year of Obama's presidency are dwarfed in by the 90 carried out since Donald Trump became president at the start of 2017.

If US forces under Trump keep up their 2017 strike rate, it would represent a "five-fold increase from the number of strikes taken by Obama in 2016”, a new report from Reprieve said.

The first raid under Trump took place in the village of Yakla on 29 January, weeks after his inauguration, and according to a US government investigation the attack left 12 civilians and a US serviceman dead. Reprieve, however, disputes the figures and claim, based on testimony from Yakla villagers contained in Game Changer, a report that said 25 people were killed, including 10 children.

According to Reprieve's findings, a 12-year-old boy was shot dead on the spot. A five-year-old girl died in a fire after her home was hit by an air strike, and a three-month-old girl died in her cot after another air attack on her home caused the ceiling above her to collapse.

The lack of government transparency regarding the raid, which was described as a "game changer” by US Defence Secretary James Mattis, has led the ACLU to sue the US government for information about the legal basis for it and the decision-making process behind it.

The ACLU along with Amnesty and other rights group also wrote to the US administration after it was reported in March that the Trump administration was removing Obama-era safeguards.

But now, the Trump administration has moved to designate parts of Yemen as an active war zone, allowing the administration to abide by the looser laws of war, only requiring that use of force be "necessary” and "proportionate”.

As flawed as they were, at least Obama put in safeguards against civilian casualties

"Some of the Obama administration rules were getting in the way of good strikes," said one US official at the time.

Hina Shamsi told MEE: "Our concern now is that the Trump administration is disregarding safeguards or carving out exceptions to them with little transparency, no accountability at a time when there has been a significant increase in the number of civilians who have been reportedly killed in US strikes.

"As flawed as they were, at least Obama put in safeguards against civilian casualties.”

A spokesman for the US Central Command, the defence department's command centre with geographic responsibility for Yemen, said he would not discuss questions on what civilian safeguards there were, but he did say they had no plans to add more full-time civilian casualty investigators.

Centcom currently only has two, according to the Reprieve report.

If civilians such as imam Salem bin Ali Jaber continue to be targeted and there is no accountability for his family and others, the threat from militants will only increase, said Reprieve's Foa.

"When you look at this, you look at an imam who was preaching against al-Qaeda and saying we need to have a peaceful solution who then gets killed senselessly by drone attack - leaving a family without a breadwinner and support structures.

"How is that a sensible solution for defeating threat of global terror in the long term?

"They should be building up communities and helping people on the ground to defeat terrorism rather than targeting innocent people who want to do good,” Foa said. 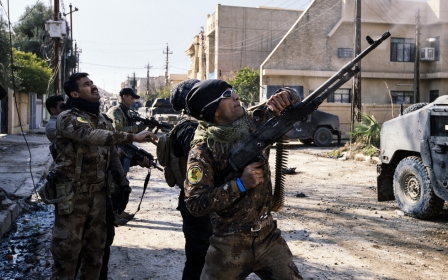 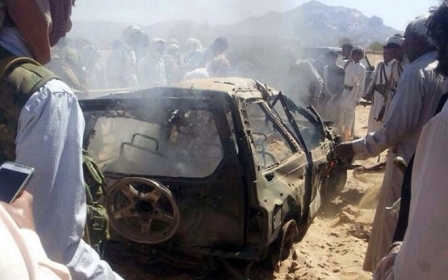