The US State Department granted a visa to a man in Iran hoping to donate bone marrow to his US citizen brother with blood cancer, obtaining a rare waiver to President Donald Trump's travel ban, the family's lawyer said on Thursday.

Mahsa Khanbabai, a lawyer based in Massachusetts, said she received a call on Thursday from the consulate in Yerevan, Armenia, where Kamiar Hashemi had applied for a visa in February after he learned he was a rare 100 percent match for a transplant that could potentially save his brother's life.

The status of the visa application was "refused" on the Department's website but Khanbabai said she was told on the call that a waiver had been granted, two days after Reuters first reported on the case, and that Hashemi should make arrangements to travel to Armenia to pick it up.

The brother who resides in the US, Maziar, arrived as a civil engineering student in the mid-1970s and has since become a naturalised citizen, according to a CNN report on Wednesday.

Kamiar, the brother with the perfect match, applied for a US visa in February but it was denied. He reapplied for a visa waiver. For the visa waiver, Maziar’s doctor wrote the recommendation, saying: "A perfect match will provide the ability for a safe transplant as there is a higher likelihood that cells will not be recognized as foreign."

According to CNN, perfect matches are uncommon and “only 30 percent of patients find matching donors within their families”.

The State Department through a spokeswoman said it was unable to comment on a specific visa case.

Trump's travel ban, which the US Supreme Court allowed to go into effect on 8 December after months of legal wrangling, prevents most travel to the United States from Iran, Libya, Syria, Yemen, Somalia, Chad and North Korea, as well as certain government officials from Venezuela. Although the ban allows for case-by-case waivers to be granted, attorneys and applicants say the process is opaque with few clear guidelines on how to apply and why waivers are, or are not, granted.

Since the ban took effect, the State Department told Reuters more than 375 waivers have been approved, but declined to say for which countries and out of how many applications.

"It's unfortunate that so much effort had to go into getting just one, clearly urgent, visa approved," said Khanbabai. "There are thousands of people [that] are stuck, also with urgent cases, with no idea what is happening." 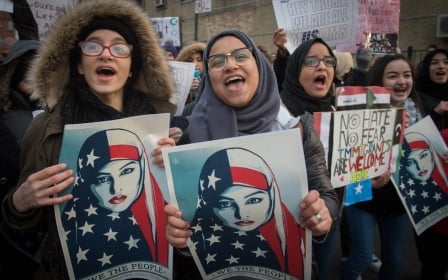