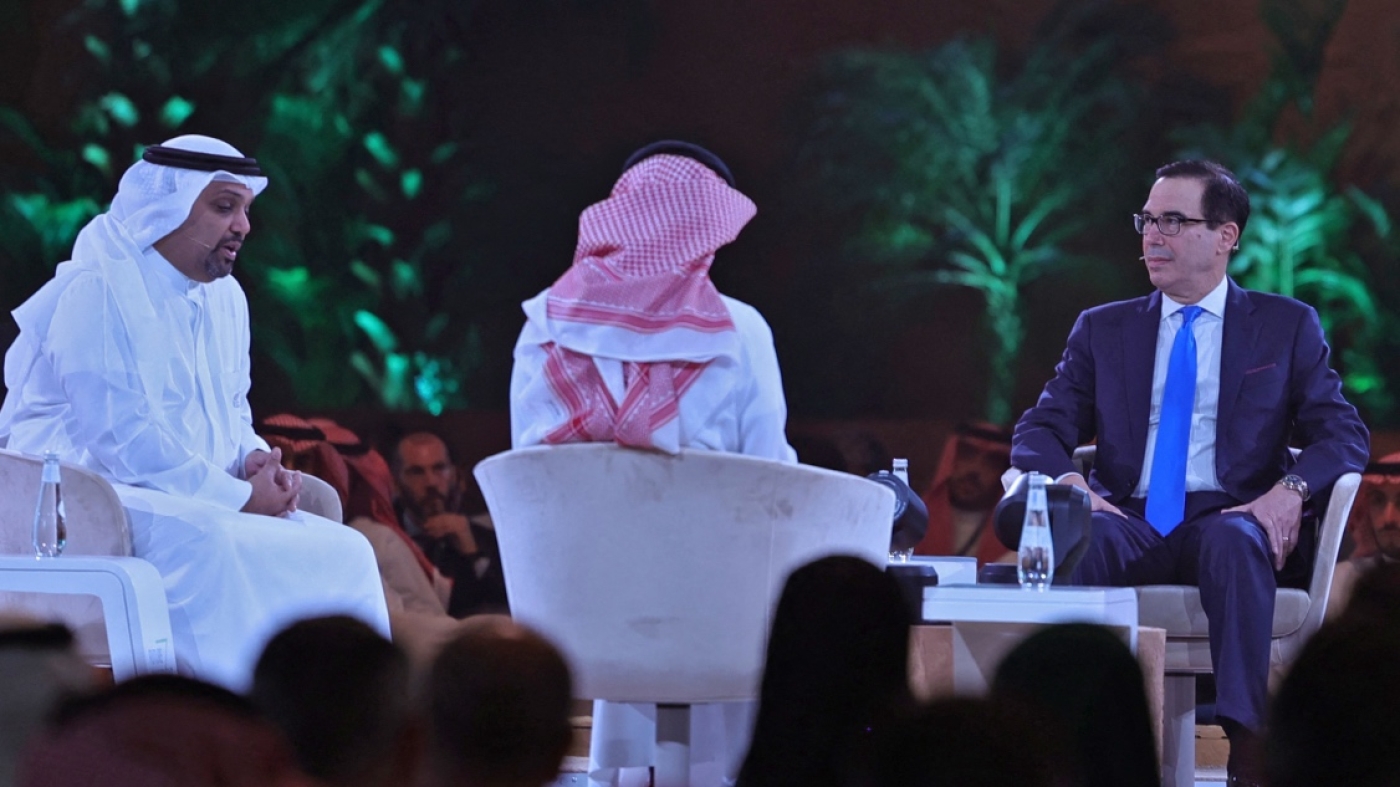 Steven Mnuchin was a notable attendee at this year's Future Investment Initiative in Saudi Arabia, where he spoke on a panel alongside the Bahraini and Saudi finance ministers (AFP)
By
MEE staff
in
Washington

Two US lawmakers have launched a bicameral effort to probe the Middle East-related business dealings of former treasury secretary Steven Mnuchin, sending a letter to the Biden administration requesting documents of Mnuchin's dealings with Arab Gulf states during his time in office.

The letter, sent on Thursday by chair of the House oversight committee Carolyn Maloney and chair of the Senate finance committee Senator Ron Wyden, calls on current Treasury Secretary Janet Yellen to hand over documents related to Mnuchin's dealings with the sovereign wealth funds in Saudi Arabia, Qatar, the United Arab Emirates and Kuwait.

"Since 2021, Mr Mnuchin's fund, filled with money from Middle Eastern sovereign wealth funds, has made significant investments in US cybersecurity and mobile-security companies... raising concerns that foreign governments are seeking to acquire sensitive US technology," the lawmakers wrote.

"We are investigating whether Mr Mnuchin improperly traded on his government position, misused US government resources, and made foreign policy decisions to further his personal financial interests."

Mnuchin has raised $2.5bn for his new private investment firm, Liberty Strategic Capital, according to a report from The New York Times in September 2021. The report, citing people familiar with the matter, found that the firm had attracted the attention of several sovereign wealth funds in the Middle East, including Saudi Arabia. 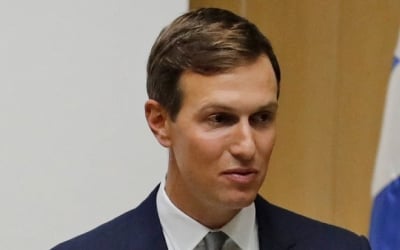 During his time in office, Mnuchin met with the heads of these sovereign wealth funds at least 27 times, and also travelled to Saudi Arabia in January 2021 in his last two weeks of office.

He also attended Saudi Arabia's Future Investment Initiative in 2019, just one year after a number of businesses and politicians boycotted the event over the killing of Washington Post and Middle East Eye columnist Jamal Khashoggi.

Mnuchin was a notable attendee at this year's conference as well, where he spoke on a panel alongside the Bahraini and Saudi finance ministers.

Then, a day after leaving office, he opened his firm, and since then has made a number of visits to these same Gulf countries, according to documents Maloney and Wyden obtained from the Secret Service. In early 2021, he visited Saudi Arabia, Qatar and the United Arab Emirates a total of 11 times as a private citizen.

The lawmakers say that, during those trips, he was able to raise a billion dollars in funds for his new firm.

Another former Trump official and son-in-law of the former president, ex-senior White House adviser Jared Kushner, has secured $2bn in funding for his own firm, Affinity Partners. The money came from the Saudi sovereign wealth fund, although some members of the fund held doubts about the deal.

Kushner developed a close relationship with several senior figures throughout the Middle East, including the Saudi crown prince. During his time in the Trump administration, the Saudi royal family gifted him two swords and a dagger worth nearly $48,000, for which he ended up paying the US government after leaving office.

Last year, he founded the Abraham Accords Peace Institute, a non-profit that focuses on boosting trade and tourism between the four Arab states and Israel. 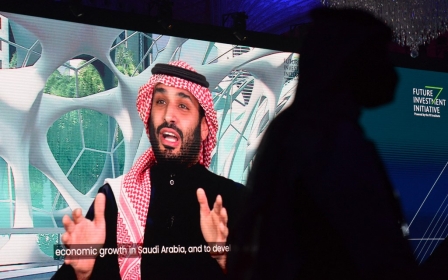 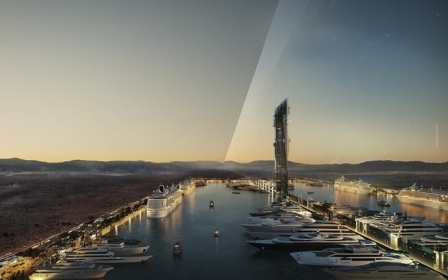 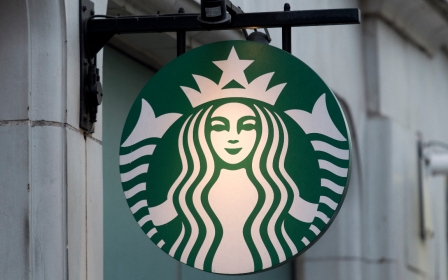 Inside Saudi Arabia
Saudi wealth fund buys $7bn in US stocks, including Starbucks, Zoom and Microsoft