After killing of George Floyd at hands of police, protests erupted across most major US cities (AFP/File photo)
By
MEE staff

Two New York lawyers have been released on bail after being charged with firebombing an empty New York police car during protests against racism and police brutality following the killing of George Floyd.

Urooj Rahman, a Pakistani American, and Colinford Mattis, an African American, both pleaded not guilty to all charges on Monday.

The two Brooklyn lawyers had provided the $250,000 needed for bail, but their release was blocked last month by US prosecutors after submitting an appeal.

The duo was returned to detention, but on Tuesday the US Court of Appeals for the Second Circuit ruled in favour of their release before trial.

The lawyers were arrested on 30 May after Rahman allegedly lobbed a Molotov cocktail - fashioned in a Bud Light bottle - through the broken window of an empty police vehicle. 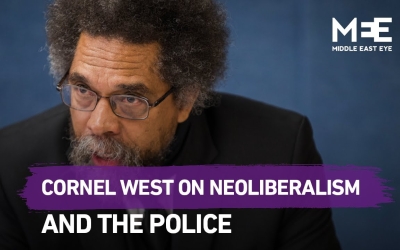 No police were harmed in the incident, but the car was consumed by flames.

After Floyd's murder at the hands of a white police officer on 25 May, protests erupted across most major US cities, with some turning violent as police met protesters with tear gas and rubber bullets.

Demonstrations went global, with protests flaring as far as the Middle East and Africa. Seen as a symbol of resistance, Floyd's portrait has been painted on the separation wall in the occupied West Bank and on a blown-out building in Idlib, Syria.

In an interview with the New York Post just before the alleged firebombing, Rahman said it was understandable for people to be enraged and in the streets protesting against the police, and added that violence and destruction of property was justifiable in the circumstances.

"People are angry because the police are never held accountable," she said. 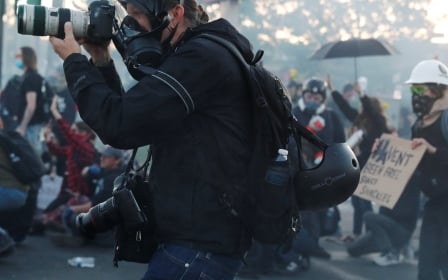