US is 'locked and loaded' to protect allies from Iran, says Mike Pence Pence said the "maximum pressure campaign" against Iran is working, and pledged it will continue (Reuters)
By
MEE staff

Echoing the words of his boss Donald Trump, US Vice President Mike Pence warned Tehran that Washington is ready for military confrontation and will not ease its pressure campaign against the Islamic Republic.

"In the wake of this unprovoked attack on several oil facilities in Saudi Arabia, I promise you: We're ready. As the president said, 'We don't want war with anybody'," Pence said on Tuesday.

"But the United States is prepared. We're locked and loaded and we're ready to defend the interests of our allies in the region. Make no mistake about it." 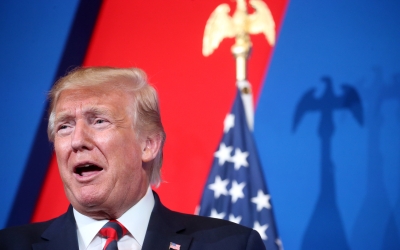 US officials have blamed Iran for the attack, but on Monday, Trump told reporters that he is still waiting for confirmation of Iran's involvement.

Pence also said that Washington is still "evaluating the evidence".

"We're consulting with our allies, and the president will determine the best course of action in the days ahead," he said.

The vice president confirmed that Secretary of State Mike Pompeo, who had pointed the finger directly at Iran for the attack, is travelling to Saudi Arabia to discuss a possible response to the incident.

The US State Department confirmed Pompeo's trip later on Tuesday, saying that he will be visiting both Saudi Arabia and the United Arab Emirates.

"The secretary will begin his trip in Jeddah, arriving September 18," the department said. "He will meet with Saudi Crown Prince Mohammed bin Salman to discuss the recent attack on the Kingdom’s oil facilities and coordinate efforts to counter Iranian aggression in the region."

After warning Iran that the US is "locked and loaded" over the weekend, Trump struck a softer tone on Monday, stressing that he is not seeking war.

On Tuesday, Pence blamed Iran for the recent attacks in the Gulf, including the sabotage of two oil tankers off the coast of the United Arab Emirates in May.

The US vice president went on to berate Iran for partially breaching the 2015 nuclear deal, which his own boss, had abandoned 16 months ago.

"In July they openly exceeded the limits to their stockpile of low enriched uranium that they agreed to in 2015," Pence said.

'Know this: If Iran conducted this latest attack to pressure President Trump to back off, they will fail'

The multinational accord saw Iran scale back its nuclear programme in exchange for lifting sanctions against its economy.

Trump nixed the deal in May 2018, and since then, he has imposed stern sanctions against various Iranian industries and individuals, including the Islamic Republic's Foreign Minister Mohammad Javad Zarif.

As recently as late May, more than a year after Washington left the agreement, the UN nuclear watchdog (IAEA) certified that Tehran was still in compliance with the accord.

But earlier this summer, Iran began to violate parts of the agreement, to pressure European countries that remained committed to the deal to help with sanctions relief.

Tensions between Washington and Tehran have been escalating since the US left the agreement.

In June, the two countries were on the verge of military confrontation when Trump approved, then cancelled, military strikes against Iran after Iranian forces downed an American drone that they said was flying over their territory.

On Tuesday, Pence said the US administration's "maximum pressure campaign" of sanctions against Iran is working, and pledged that it will continue.

"Know this: If Iran conducted this latest attack to pressure President Trump to back off, they will fail," Pence said. 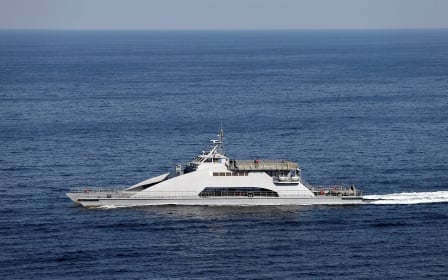 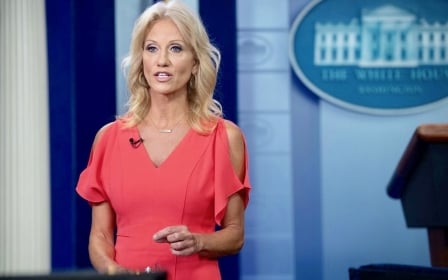