Gaza air strikes: US government refuses to condemn killing of children by Israel 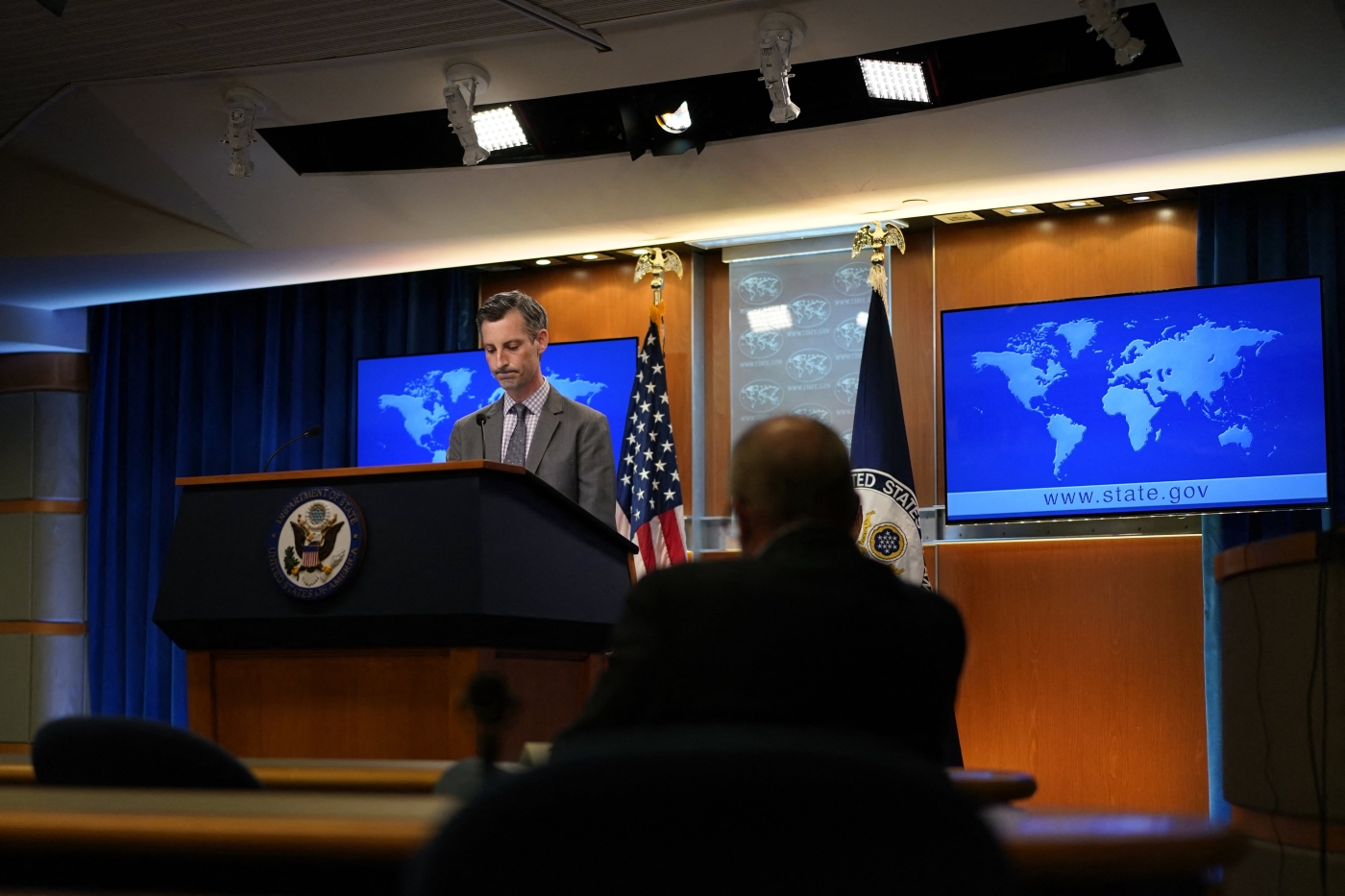 US State Department spokesperson Ned Price at a press briefing in Washington, DC, on 31 March 2021 (AFP)
By
Azad Essa

A US State Department spokesperson refused to condemn Israeli air strikes on the Gaza Strip that killed nine children on Monday, in a press conference hours later in which he also equivocated as to whether Palestinians had the right to self-defence.

The situation in and around Jerusalem’s Old City has spiralled in recent weeks, culminating in a series of attacks on Palestinians protesting against the evictions of several families from the East Jerusalem neighbourhood of Sheikh Jarrah, as well as the storming of the Al Aqsa Mosque complex that injured hundreds, and now a series of rocket exchanges between the Israel military and Hamas in Gaza.

In the past 24 hours, at least 25 people in Gaza, including nine children, have been killed by Israeli air strikes.

Though the US has called for a de-escalation on all sides, it has reserved condemnation solely for Hamas for its firing of homemade rockets into Israel, a move it has described "as an unnecessary escalation".

Reacting to the State Department's condemnation of Hamas and "Israel's legitimate right to defend itself, to defend its people and its territory", reporters at a press briefing on Monday asked if the US government believed that Palestinians also had the right to self defence.

Ned Price, a State Department spokesperson, replied: "Broadly speaking, we believe in the concept of self defence. We believe it applies to any state," without clarifying whether this precluded Palestinians given they do not have their own state.

When pressed later by Matt Lee, from the Associated Press, Price said: "I am not here to debate the legalities."

But it was his refusal to condemn Monday's air strikes that killed several children in Gaza, which prompted immediate backlash and outrage.

Noting that several children had been killed in Israeli air strikes, Said Arikat, Washington bureau chief for al-Quds news agency, asked Price: "Do you condemn the killing of Palestinian children?"

In response, Price said he was hesitant to get into reports that "are just emerging", saying that he didn't have "independent confirmation of facts on the ground", though it had already been several hours since the strikes were first reported.

"Obviously, the deaths of civilians, be they Israeli or Palestinians, are something we would take very seriously," Price said, without adding more.

Youssef al-Masri told MEE that his two children, Ibrahim, 11, and seven-year-old Marwan, were playing with their cousins in front of the house when the rockets fell on the neighbourhood. Both were killed.

Seven other children were killed elsewhere in the besieged enclave.

Prime Minister Benjamin Netanyahu has hinted that the violence may further escalate.

"We will not tolerate attacks on our territory, our capital, our citizens, or our soldiers," Netanyahu said.

The brief - but awkward - exchange between the reporters and Price, snippets of which have since gone viral, drew the ire of US lawmakers Ilhan Omar and Rashida Tlaib.

"This unsurprising response [by Ned Price] is devoid of empathy and concern for human suffering. He can’t even condemn the killing of children," Representative Ilhan Omar wrote in a statement on Twitter.

The US State Department did not immediately reply to MEE's request for comment or clarity.

The US government has faced intense criticism from Palestinian activists, anti-war coalitions and progressive Jewish groups over its stance on Israeli attempts to expand its illegal settlements. The US mainstream media, too, has been under scrutiny for ignoring the issue, or distorting the story.

Palestinian-American activist Raja Abdulhaq, a leader at the Majlis Ash-Shura: Islamic Leadership Council of New York, told Middle East Eye that the exchange between Price and the press corp only demonstrated the extent to which "the US was not just complicit in this settler-colonial project, but actually a partner in it".

'The US is essentially providing Israel the necessary cover in the international arena by refusing to even condemn the violence in Jerusalem, and today, refusing to condemn the murder of nine children in Gaza'

"What is happening in Sheikh Jarrah is typical settler-colonialism; you kick indigenous people out of their homes in order for the settlers to come and take over the land in order for them to continue the settler colonial project.

"And the US is essentially providing Israel the necessary cover in the international arena to go ahead with this project by refusing to even condemn the violence in Jerusalem, and today, refusing to condemn the murder of nine children in Gaza," Abdulhaq said.

Likewise, Taher Herzallah, director of Outreach and Grassroots Organizing for American Muslims for Palestine, told MEE that the State Department's refusal to answer "straightforward questions" was also proof that the Biden administration had yet to differentiate itself from the Donald Trump era.

"How can you not condemn the killing of Palestinian children when directly asked?" Herzallah asked.