Donors conceal contributions by sending them through faith-based and other charitable groups, CAIR finds 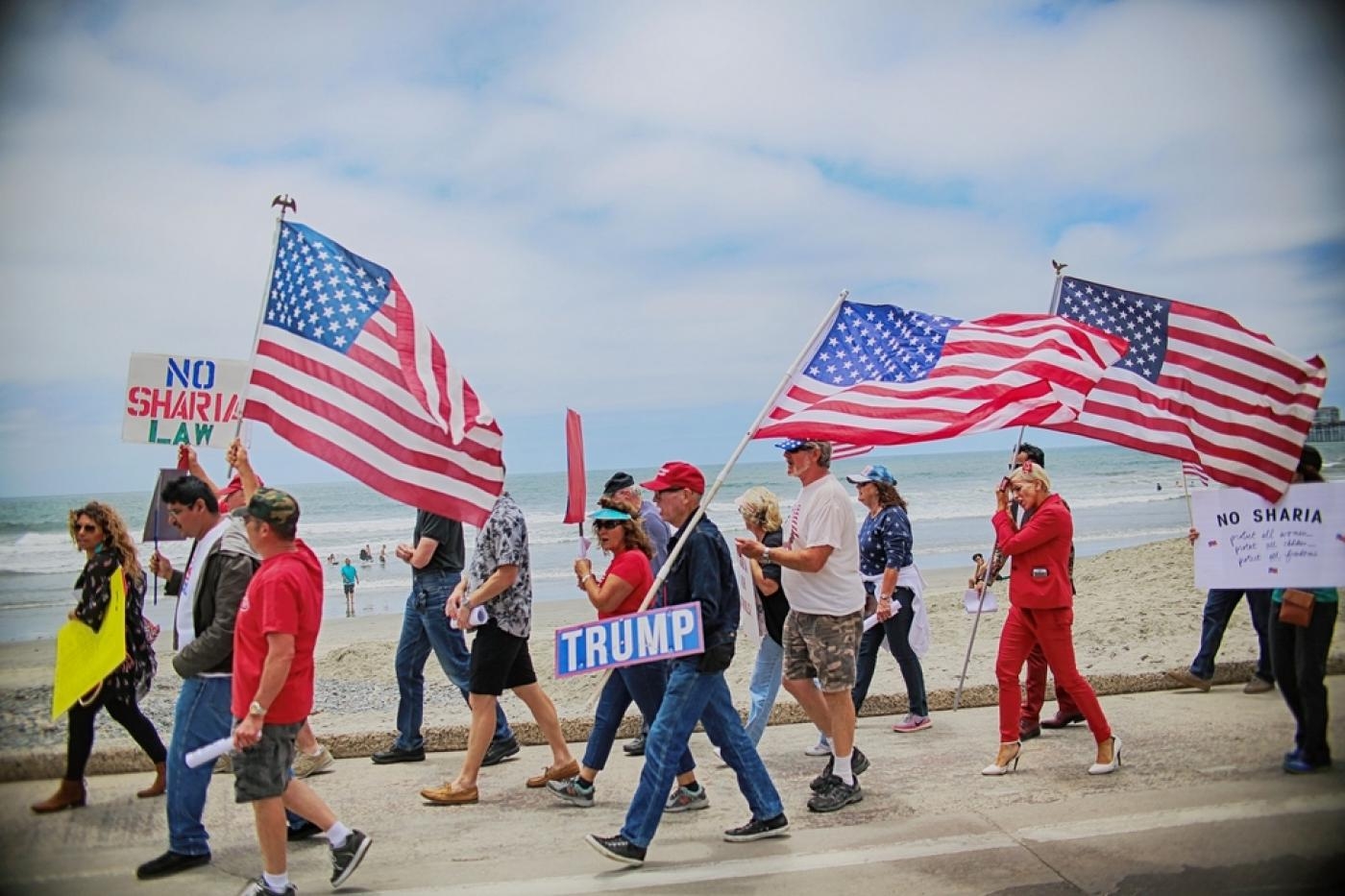 An anti-Muslim protest in Oceanside, California in June 2017 (AFP)
By
MEE staff
in
Washington

Anti-Muslim groups in the United States have amassed millions of dollars in anonymous donations funnelled through charitable funds and family foundations, a report by the Council on American-Islamic Relations (CAIR) has revealed.

"Between 2014 and 2016, these 39 anti-Muslim organisations enjoyed access to at least $1.5bn" through various sources, including private donations, membership fees, and investment vehicles, the report said.

Of that sum, $125m was donated by unidentified contributors - and that money exchanged hands through charitable institutions, including faith-based foundations.

The Muslim civil rights group defines that network as a decentralised group of organisations and individuals that "share an ideology of extreme anti-Muslim animus" and work together to encourage negative public opinion and government policies towards Muslims and Islam.

"Together, the expansive funding network revealed in this report demonstrates that the Islamophobia network cannot be considered a marginal or passing phenomenon in American society. Rather, it is a shameful institutional feature of American philanthropy," Arain said in a statement.

Indeed, the anti-Muslim groups scrutinised in the report include organisations with powerful connections, such as the Gatestone Institute, a far-right think tank that was headed by National Security Adviser John Bolton from 2013 to 2018.

Frank Gaffney's Center for Security Policy is also on the list. Gaffney is a far-right advocate who promotes "paranoid fantasies about Muslims destroying the West from within", according to the Southern Poverty Law Center, which tracks hate groups. A veteran Republican, Gaffney has close ties to several senior members of the Donald Trump administration, including Bolton and Secretary of State Mike Pompeo.

Still, according to CAIR, some contributors use donor-advised funds - special accounts that allow contributors to instantly write off donations from their taxable income - and philanthropist foundations to conceal their donations to such groups.

The foundations that manage the money then dole out the contributions to various non-profit groups, many of which are suggested by the donors, in the form of grants.

Prominent donor-advised foundations, including Fidelity Charitable, Vanguard Charitable and Schwab Charitable, have contributed millions to anti-Muslim organisations, according to the report.

Faith-based, donor-advised groups such as the Jewish Communal Fund and the National Christian Charitable Foundation have also made massive donations to the "Islamophobia network", the report says.

Schwab Charitable, a Florida-based donor-advised foundation, said it only facilitates grants to non-profit organisations suggested by clients, which do not reflect its values.

"Schwab Charitable does not condone hate groups and we take concerns about illegitimate activity by grant recipients seriously," a spokeswoman for the foundation told Middle East Eye in an email.

She added that Schwab Charitable relies on state regulators and federal US tax authorities, the Internal Revenue Service (IRS), to determine the legitimacy of non-profit groups.

"We encourage people with concerns about the activities of any charitable organisation to contact the IRS," she said.

MEE contacted several other foundations referenced in the report, but they were not immediately available for comment. "While some funds and foundations are ideologically aligned with the interests of the Islamophobia Network, most mainstream foundations are more than likely being exploited or used by donors who seek to anonymise their contributions to anti-Muslim special interest groups," the report reads.

The study comes at a time of rising religious bigotry, including a spike of Islamophobic attacks across the US.

CAIR has said it hopes the report can start a conversation about the funding and impact of Islamophobic organisations in the country.

"While it shouldn't be expected that the multi-million-dollar Islamophobia industry will disappear overnight, readers can anticipate that major foundations, the wider public, and the philanthropic community will not sit quietly while anti-Muslim institutions abuse American values and traditions to promote their agendas," the study says. 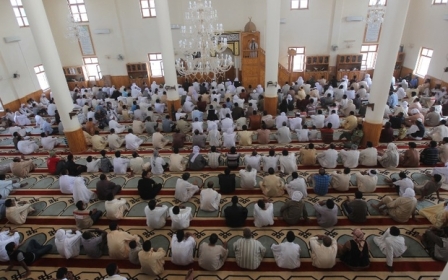 Religion
Who speaks for Islam in the Middle East, new study asks