Reports are emerging that the US plans to send surveillance aircraft into Syria to track Islamic State militants, a move that officials say could pave the way for air strikes in the country 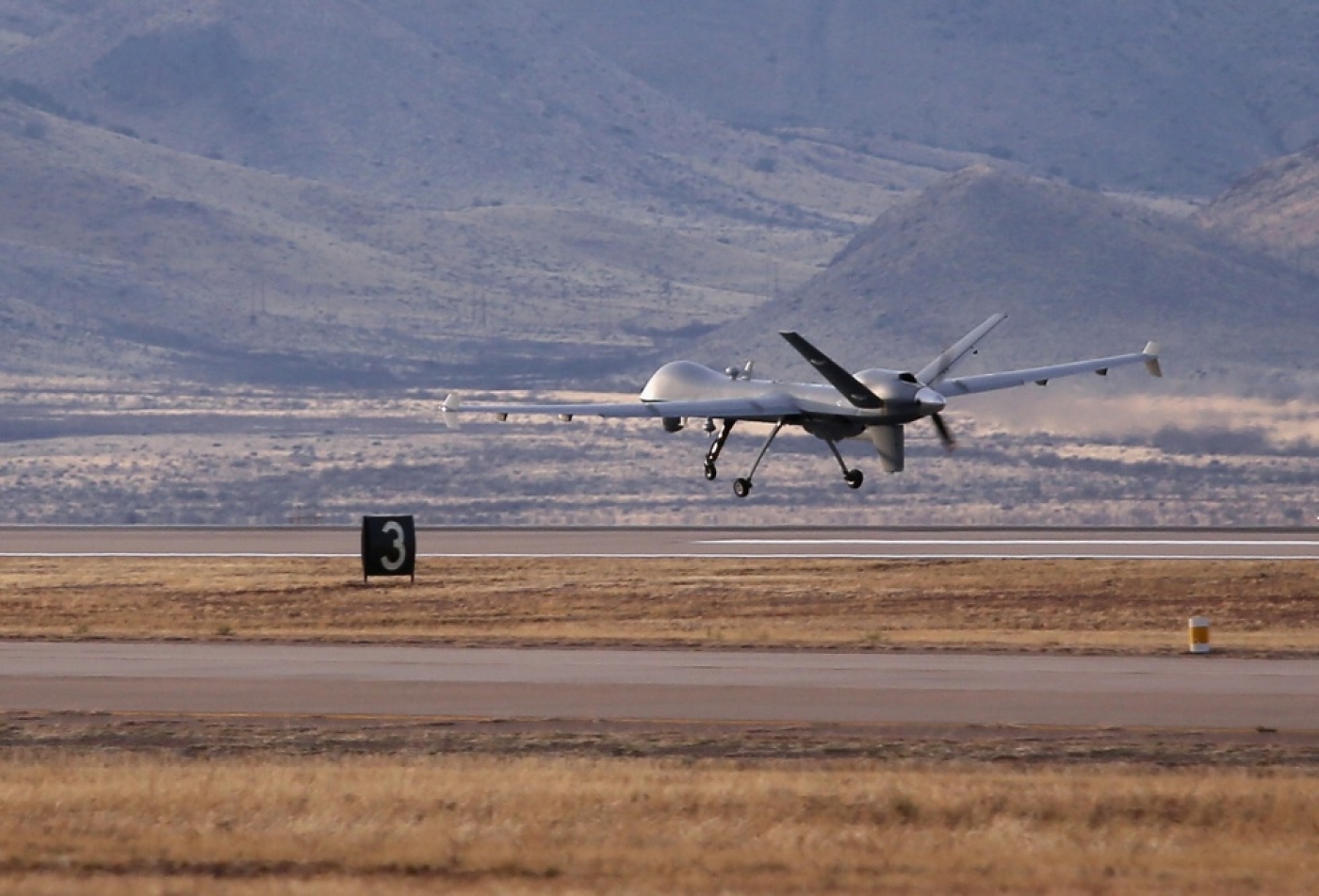 The United States is poised to send spy planes into Syria to track Islamist militants, preparing the way for possible air strikes against in the country, a senior US official said Monday.

The surveillance aircraft, including unmanned drones, would seek to gain a clearer picture of the Islamic State (IS) militants who have seized territory in both Syria and Iraq, the official said on condition of anonymity.

The Wall Street Journal first reported the planned flights, which it said are due to begin "shortly."

News of the surveillance plan come as Syria's Foreign Minister Walid Muallem told reporters on Monday that his country is ready to work with the US, UK and other international partners to fight the militant group.

In recent weeks, the group has captured most of the country's oil fields, located in the north east. Over the weekend, after a protracted battle with Syrian government troops, the group took the Tabqa Airport near Raqqa, the government's last stronghold in the province.

However Muallem stressed that military action inside Syrian territory must be carried out in coordination with the government and respect the country's sovereignty.

"We must feel that the cooperation is serious and not double standards," he said.

"Any violation of Syria's sovereignty would be an act of aggression," he said.

Asked if Syria's air defences could shoot down US planes, he said: "That could happen if there was not prior coordination.

"We are proposing international cooperation and coordination to prevent" such a scenario.

US warplanes for more than two weeks have carried out a limited air campaign against the IS militants in Iraq, with most of the bombing raids conducted near Mosul dam in the country's north.

The grisly murder of American journalist James Foley by IS militants and mounting concern in the West over the threat posed by the group has prompted speculation Washington may expand its air war to Syria.

President Barack Obama's deputies have left open the possibility of air strikes in Syria but there has yet to be a decision to go ahead with bombing runs in Syria, where a civil war has raged pitting President Bashar al-Assad's regime against an array of rebel groups.

US Central Command, which oversees American forces in the Middle East, has asked for additional surveillance planes to collect more intelligence on potential IS targets in Syria, the Journal reported.

The surveillance planes would provide information in addition to that already collected by US satellites and informants, the report said.

US officials have said privately that Washington has no plans to seek consent from the Damascus regime for any military flights and analysts say Syria's air defense systems may not be in working order in the country's east.

Washington sent aircraft into Syria in July in an unsuccessful bid to rescue a group of Americans held by the IS militants. The hostages had already been moved when US forces arrived.