US politicians grow sceptical of Saudi Arabia's war in Yemen 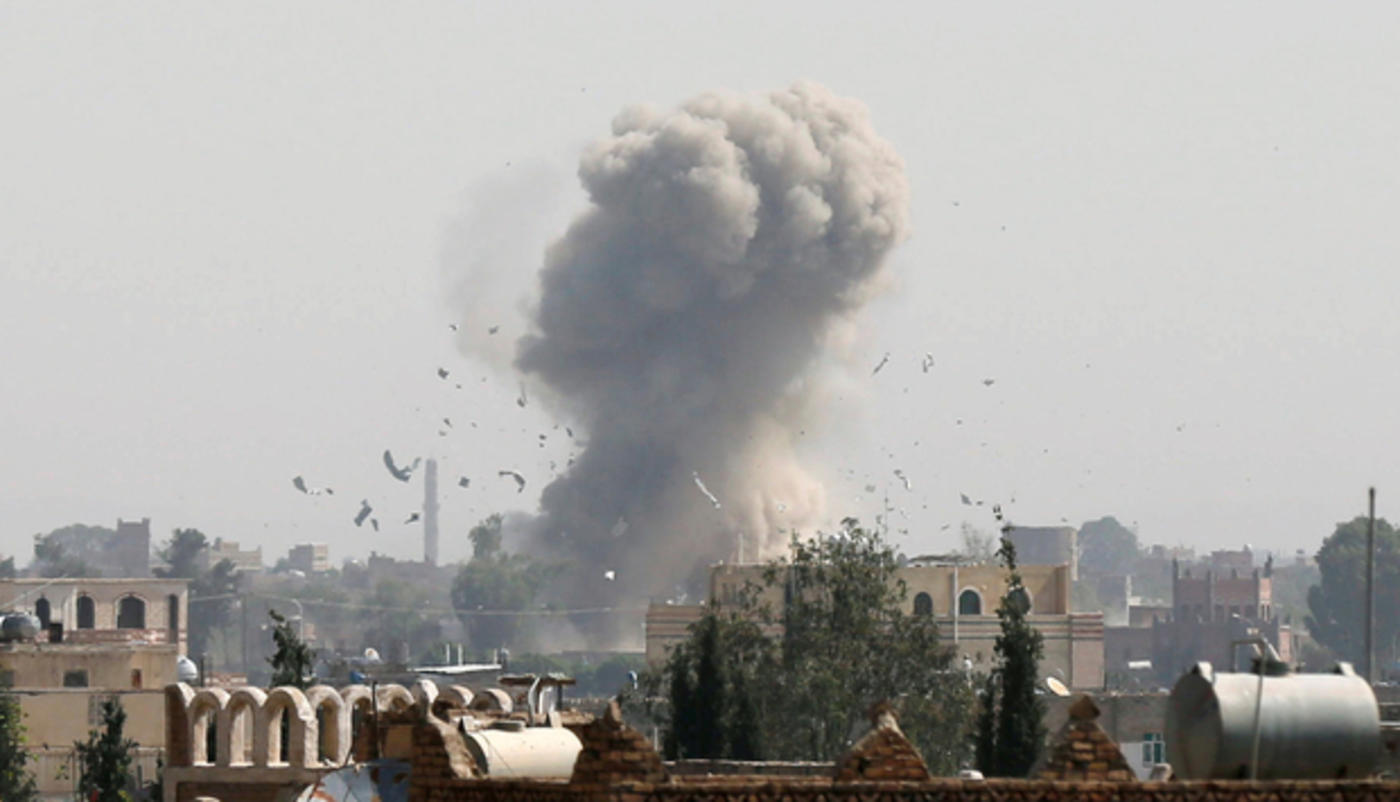 Dozens of elected officials are pushing measures to put the brakes on additional US assistance to Saudi Arabia's military, which has waged a vicious war in Yemen, killing thousands of civilians and wrecking the country's infrastructure.

On 6 April, four US senators introduced a bill that would suspend the delivery of US bombs and missiles to the Saudis until President Donald Trump certifies that the kingdom is taking precautions to avoid civilian deaths in Yemen and is facilitating the flow of necessary humanitarian assistance.

That same day, 31 House members sent a letter to the secretaries of defence and state, demanding information from the US government on how Saudi Arabia is using US weapons and whether the Saudis are ignoring Washington's advice about avoiding civilian casualties.

And on 11 April, 55 House members signed a separate letter to Trump, urging him to end the American military's refuelling of Saudi warplanes. Those House members, mostly Democrats and a handful of Republicans, are also concerned over the possibility of ramped-up US military involvement in the Yemen war, which would go beyond the refuelling and intelligence sharing the US has given the Saudis and their allies.

The United States has no business supplying a military that targets civilians or enables terrorist groups to thrive, but that’s exactly what we’re doing right now in Yemen

They told Trump he has to come to congress to authorise any direct US military force in Yemen. The letter came in response to media reports that the Trump administration is weighing whether to provide the Saudi-led coalition with increased intelligence-sharing - which was reduced by the Obama administration - and operational planning help.

In addition, Secretary of Defence James Mattis wants the US to assist the Saudis and the United Arab Emirates in a future operation to seize the port of Hodeida, which is currently controlled by the Houthis but is under a Saudi-led military blockade. The siege has pushed Yemen “to the brink of famine,” the congressional letter said.

The flurry of activity is a direct challenge to the Trump administration’s steps towards increased support for the Saudi military campaign against the Houthis, the rebel group that overthrew Yemen’s government in early 2015.

The Trump administration sees the conflict as a way to roll back Iranian influence in the Middle East. While the Iranian government has reportedly trained Houthi fighters and given them weapons, many experts dismiss Saudi claims that the Iranians exert control over the Houthis.

The congressional efforts are unlikely to succeed in halting US assistance to the Saudis. But they are shining an unflattering spotlight on US complicity in alleged war crimes in Yemen just as the Trump administration prepares to sell more weapons to the Gulf Arab monarchy.

“These kinds of initiatives in and of themselves are not going to, in an immediate legislative sense, curtail the Trump administration from doing more to support the Saudi campaign,” Perry Cammack, a fellow at the Carnegie Endowment for International Peace who worked on Middle East issues at the State Department, told Middle East Eye.

“But they are indicative of increasing concern on the hill both of the humanitarian consequences of the conflict, and of congressional views of Saudi Arabia,” and the kingdom’s role in the region.

Last month, the State Department announced it wanted to move forward on selling the Saudis precision-guided munitions. That was a reversal from the Obama administration’s decision to suspend the $390m weapons sale after the Saudi military bombed a Yemeni funeral hall, killing about 100 people, many of them civilians.

The White House will make the final determination before sending the arms sale to congress, which will review the proposal.

Supporters of the weapons sale say it will help the Saudis conduct their war in a more humane manner.

But he added that he does not oppose the arms sale.

"We should reengage," he said. "I do support the sale of precision-guided munitions to Saudi Arabia. I think that, as a weapon, they are efficient and effective in trying to limit collateral damage."

That argument, however, has run into some scepticism in Washington. Critics of the Saudi war in Yemen, including former Obama administration officials, say the issue is not which weapons the Saudis are using, but rather that they are using US weapons to bomb civilian targets.

A Human Rights Watch report in December 2016 found that US-produced bombs were used by the Saudi military coalition in “unlawful strikes” that killed civilians.

The senate bill introduced on 6 April would add a step before any US weapons sale, including the proposed precision-guided munitions deal. That measure would force the president to assess whether the Saudis are helping fight terrorism as part of their war in Yemen and whether they are taking precautions to reduce harm to civilians.

In addition to the war’s impact on civilians, congressional sceptics also worry that the Saudi war is allowing al-Qaeda in the Arabian Peninsula, the militant group's most sophisticated branch, to grow in strength. The diversion of Yemeni army units to fight the Houthis allowed al-Qaeda to take control of territory and bring in revenue.

“The United States has no business supplying a military that targets civilians or enables terrorist groups to thrive, but that’s exactly what we’re doing right now in Yemen,” Senator Chris Murphy, a Democrat from Connecticut who co-authored the bill on US weapons, said in a statement.

Last September, the Senate rejected a measure backed by Murphy to block the sale of $1.1bn in tanks to Saudi Arabia. Twenty-seven senators voted with Murphy to halt the sale.

Once the White House signs off on the precision-guided munitions sale, congress will once again have the power to block it by voting on the deal. That vote will be separate from the bill Murphy already introduced.

Kate Gould, legislative representative for Middle East policy at the Friends Committee on National Legislation, told MEE she expects a much higher vote count against the weapons sale in the senate this time.

Gould said unlike the last weapons sale of tanks, which was justified as helping Saudi defence, the precision-guided munitions will be used in an offensive capacity, which could cause increased discomfort among members of congress concerned about civilian casualties.

She added that the house letters and Murphy's bill in the senate are indicative of a shift in how Congress views the Saudi war.

“All of these efforts add to the drumbeat of congressional opposition to dragging the US further into the Saudi-led war in Yemen,” said Gould. “It signals that members of congress on both sides of the aisle in both chambers are pressing the administration for accountability for the Saudis and for their operations that have been killing civilians in large numbers.”