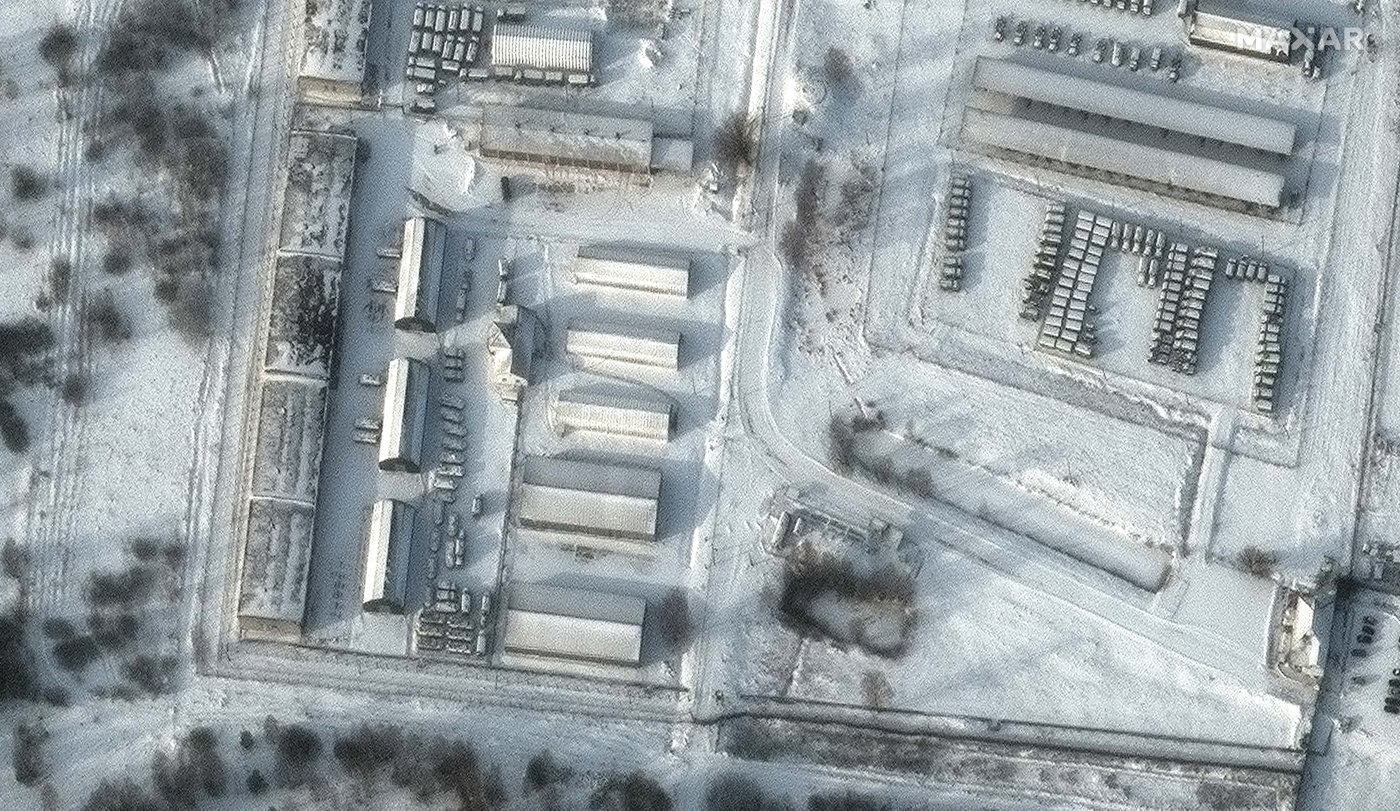 A satellite image of armoured personnel carriers and trucks at Klimovo storage facility, in Bryansk Oblast, Russia, 13km north of the border with Ukraine, on 19 January 2022. (@Maxar Technologies/AFP)
By
MEE staff

The US is holding talks with Qatar to discuss the possibility of supplying European countries with liquefied natural gas (LNG) if a potential Russian invasion of Ukraine causes shortages, according to news reports.

Russia, a major supplier of natural gas to Europe, has amassed roughly 100,000 troops near its border with Ukraine, sparking fears of a possible invasion of the country. Reports indicate that Russian President Vladimir Putin may be contemplating an attack as soon as this month. 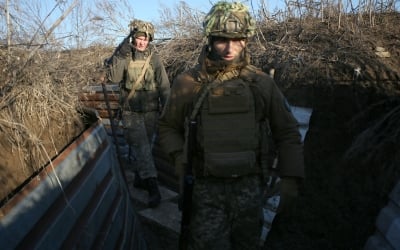 Russia is our enemy too, say Muslim fighters readying for war in Ukraine
Read More »

A senior US administration official told the Financial Times that it was clear Russia had been cutting gas supplies to put pressure on European countries, which have struggled to remain united in their response to Russia's actions.

"We're looking at what can be done in preparation for an event, especially midwinter with very low [European natural gas] supplies in storage," the official said. "We discussed what can be moved around the market, what can help . . .  the things we can prepare now for deployment if and when there is an escalated crisis."

The head of the International Energy Agency, Fatih Birol, said on 12 January that historic low gas storage levels across Europe were largely due to Gazprom, Russia's state-owned gas company, sending about 25 percent less gas than usual to Europe over recent months.

The UK in November asked Qatar to be its "supplier of last resort".

'The taxpayer will pay'

The US has threatened sanctions if Russia invades Ukraine, but some European countries fear this could prompt Russia to further limit natural gas supplies.

The cost of living has been on the rise in Europe in recent months as gas prices have shot up. Experts say European countries may face further price increases as they jostle with the Asian market for supplies.

"They will effectively have to compete for all the supply in the market, taking cargoes away from Asia, and the likely end result is the taxpayer will pay," one energy executive told the FT.

Ukraine has been at the centre of tensions between Moscow and the West since 2014, when protesters forced out its pro-Russian president. Russia responded by invading parts of the country, annexing the Crimean peninsula and backing pro-Russian separatists in a simmering conflict in the east.

Ukraine has received $2.5bn in security assistance from Washington since 2014, and boasts US precision-guided Javelin anti-tank missiles and Turkish drones in its arsenal. 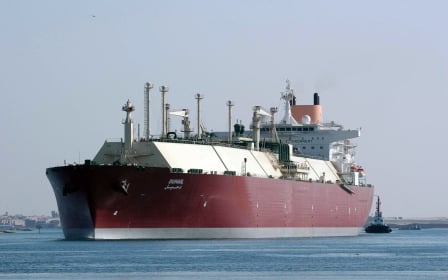