US rejects criticism over Turkey’s strikes on Kurdish groups

'It looks like Washington gave Turkey a green light to drop bombs on PKK,' analyst tells MEE, though US denies this 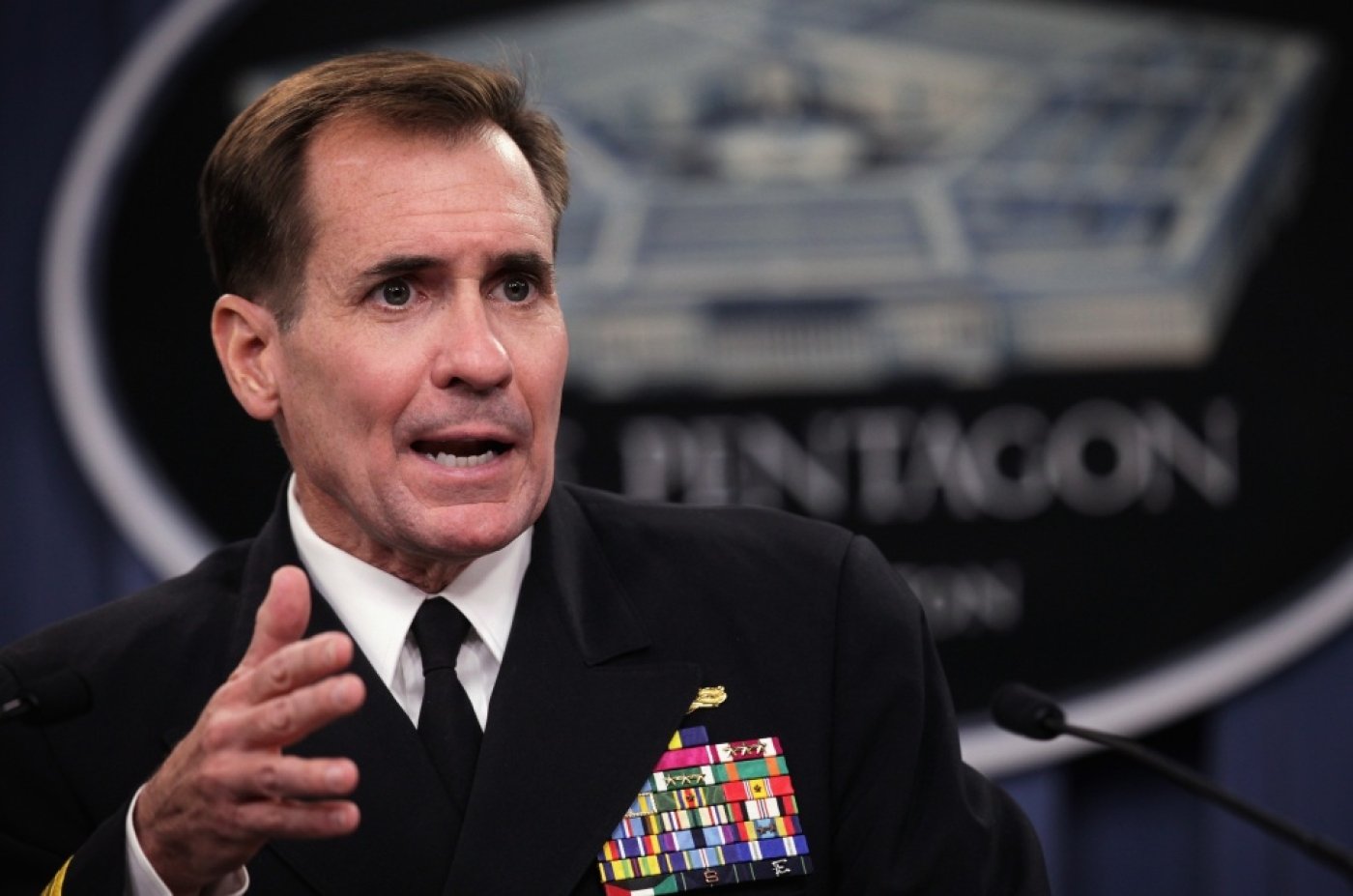 NEW YORK – The United States faced criticism on Monday over claims that it condoned Turkish strikes on Kurdish militants as a quid pro quo for Ankara’s boosted support against the Islamic State (IS) group in Syria.

State Department spokesman John Kirby said it was a “coincidence” that Turkey had launched strikes on Kurdistan Workers Party (PKK) targets at the same time that Ankara increased its role in the US-led military coalition against IS.

“There’s no connection between what they [Turkey] did against PKK and to what we’re going to try to do together against ISIL,” Kirby told reporters in Washington, using an alternate acronym for the Sunni fighters.

He said Ankara had acted in “self-defence” against the PKK, which has waged a three-decade insurgency against the Turkish state partly from bases in northern Iraq and is listed as a terrorist group by Turkey, the US and the European Union.

American officials say that the US and Turkey are working on military plans to clear IS from stretches of northern Syria and carve out an “IS-free zone” that would bring more stability to the Turkey-Syria border.

Under an agreement that is reportedly being negotiated between the NATO allies, IS would be expelled from a 109km stretch west of the Euphrates River, according to the Washington Post newspaper.

The discussions follow a big shift in Ankara’s approach to IS over recent days in which Turkey - which was previously reluctant to intervene in Syria - has launched raids against IS and permitted US warplanes to use a Turkish military base.

The Turkish strikes have raised tensions with Kurdish militia forces fighting IS in northern Syria and, on Monday, Kurdish People’s Protection Units (YPG) said Turkish tanks had shelled their forces near the border town of Kobane. Turkey said it was investigating the claim.

At the same time, Turkey has struck PKK militants in northern Iraq. It follows a week which saw a bomb attack blamed on IS kill 32 people at a Kurdish cultural centre in Suruc, Turkey, and the PKK reportedly kill two Turkish police officers in retaliation for the blast and what it sees as Turkey’s collaboration with IS.

Police have detained more than 1,000 people across Turkey in nationwide raids against militants since last week, Prime Minister Ahmet Davutoglu said. He did not say how many were suspected PKK fighters and how many are accused of belonging to IS.

According to Edmund Ghareeb, author of The Kurdish Question in Iraq, Turkish President Recep Tayyip Erdogan has taken advantage of a crisis following his Justice and Development (AKP) party’s poor showing in last month’s parliamentary elections.

“By changing his strategy, Erdogan is doing several things at the same time. He wants to placate Turkey’s army, which eyes him with suspicion, and to prevent the unification or expansion of the two Kurdish cantons within Syria,” Ghareeb told Middle East Eye.

“He’s mobilising nationalist forces in Turkey, particularly as there could be new elections on the horizon, he’s attacking the PKK in Iraq, which he sees as his biggest threat, and getting Obama and the West back on side by fully participating in the war against IS.”

According to Kani Xulam, director of the American Kurdish Information Network, US support for Turkey is risky because it sets Washington against the PKK and the YPG, two linked Kurdish groups that have been useful allies against IS.

“It looks like Washington gave Turkey a green light to drop bombs on PKK Kurds in Iraq so the US can work with Turkey to eliminate IS in Syria. But this conflicts with another US interest: working with the YPG and PKK, which have been their most effective boots on the ground against IS,” he told MEE.

And, according to Xulam, US President Barack Obama may have chosen the wrong partner.

“Obama thinks he can contain the situation with Turkey’s help, but that’s like mopping up with a dirty cloth. Turkey has its own agenda. The daily bomb attacks that we see in Iraq and Syria we will start seeing weekly in Turkey,” he told MEE.

“The demographics of Iraq and Syria are really not so different from Turkey, and this is propelling the country ever-further into a perfect storm.”

Other analysts agree that Turkey and the US make convenient bedfellows but have divergent agendas. Hussein Ibish, a scholar at the Arab Gulf States Institute in Washington, said Ankara is more interested in defeating the PKK than IS.

“Turkey has pledged to establish a safe zone in northern Syria, under the rubric of its intervention against IS. But one of its primary aims will be to deny the YPG control of a large, contiguous area across the soft Turkish underbelly near its own restive Kurdish areas,” he told MEE.

“In effect, Turkey had relied on IS to deny this to the PKK by holding the territory. Not only is IS attacking inside Turkey now, perhaps even more significantly it is failing to prevent the PKK, Ankara’s main enemy, from expanding into that area.

“Turkey is therefore preparing to push IS aside and do the job itself.”