Three US senators, who have long campaigned against the White House's war powers, introduced wide-ranging legislation on Tuesday aimed at curbing the president's authority to issue arms sales, send troops into combat, and declare national emergencies without congressional approval.

"I believe that we have become far too comfortable with the United States engaging in military interventions all over the world, and the time is long overdue for Congress to reassert its constitutional role in matters of war and peace," Sanders said in a statement. "This legislation is an important step toward reasserting that constitutional power, and I hope it will lead to a larger discussion, both in the Congress and among the public, about the uses of military force in our foreign policy."

The legislation has three parts: one is to increase Congress's control over the authorisation of military actions, another to reform the review of major foreign weapons sales, and a third to increase Congress's control over the declaration of "national emergencies", which have been used in the past by presidents to justify weapons sales or military strikes.

It would offer a series of reforms to repeal the original War Powers Resolution - passed in 1973 -  and replace it with a stronger measure that includes shortening the period in which the president can conduct military strikes without congressional approval from 60 days to 20 days.

The bill would also automatically cut off funding for such acts after the 20 days, unless the president obtains congressional approval, rather than requiring a veto-proof majority from Congress to do so.

The bill is the latest in a series of efforts by lawmakers to cut back weapons sales and push both Republican and Democratic presidents to end support for countries involved in conflicts devastating to civilians, including the war in Yemen.

Progressive advocates and lawmakers have for years been calling for revoking the Authorization for Use of Military Force (AUMF) measure that Congress passed hastily after the 9/11 attacks. The laws gave the president broad war powers.

"Presidents of both parties have usurped Congress's prerogative to determine if, when, and how we go to war," Lee said in a statement. 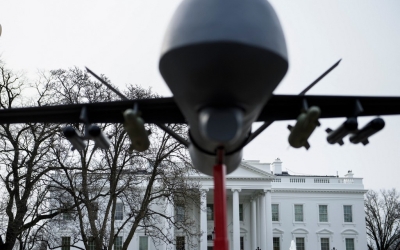 "Now, America's global standing, treasure, and brave service members are being lost in conflicts the people's legislators never debated. In areas where the Constitution grants broad powers to Congress, Congress is ignored."

Over the last few years, congressional efforts to roll back or repeal the authorisations for military force have failed. The newly introduced bill, if passed, would repeal all of the AUMFs.

The likelihood of the bill becoming law is unclear as it would need to pass both the Senate and House of Representatives and be signed by President Joe Biden.

Representative Jim McGovern, the Democratic chairman of the powerful Rules Committee, will be backing a companion measure in the House, according to the senators.

A version of the bill is expected to be introduced in the House by Congressman Jim McGovern, the Democratic chairman of the powerful Rules Committee.

"Everything has changed over the last few decades: when we fight, how we fight, and why we fight," McGovern said in a statement. "I look forward to working with my colleagues and the Biden administration to put an end to endless wars, reexamine broad executive powers, and build a more safe and peaceful world."

Earlier this year, the Biden administration signalled an openness to repealing laws that allow the White House to authorise military strikes without the approval of Congress.

White House spokeswoman Jen Psaki said in March that Biden will work with Congress to ensure that the current AUMFs are "replaced with a narrow and specific framework that will ensure we can protect Americans from terrorist threats while ending the forever wars".

Psaki had also appeared to applaud an effort by Senator Tim Kaine to introduce legislation aimed at repealing the authorisations. Biden announced in February an end to offensive support for the Saudi Arabia-led coalition in Yemen. However, the administration said it remained committed to protecting Riyadh's territorial sovereignty, and lawmakers and rights advocates had questioned what the definition of offensive support means.

Rights groups also lambasted the administration after it had approved a $200m arms sale to Egypt around the same time news emerged that Egyptian American activist Mohamed Soltan's relatives had been detained by Egyptian authorities. Advocates again voiced dismay when the administration approved a $735m arms deal to Israel after the Israeli military targeted a building housing media offices during an offensive on Gaza - where Israel killed at least 248 Palestinians, including more than 60 children.

"More than ever before, presidents are sending men and women into battle without public debate, and making major policy decisions, like massive arms sales, without congressional input," Murphy said in a statement.

"Before it's too late, Congress needs to reclaim its rightful role as co-equal branch on matters of war and national security. The bipartisan National Security Powers Act will make sure that there is a full, open and public debate on all major national security decisions, such as war-making, arms sales and emergency declarations." 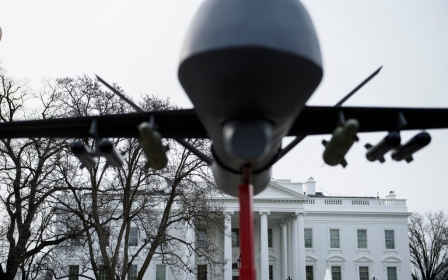 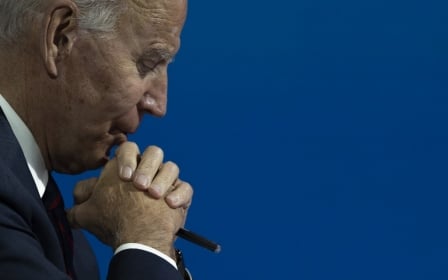