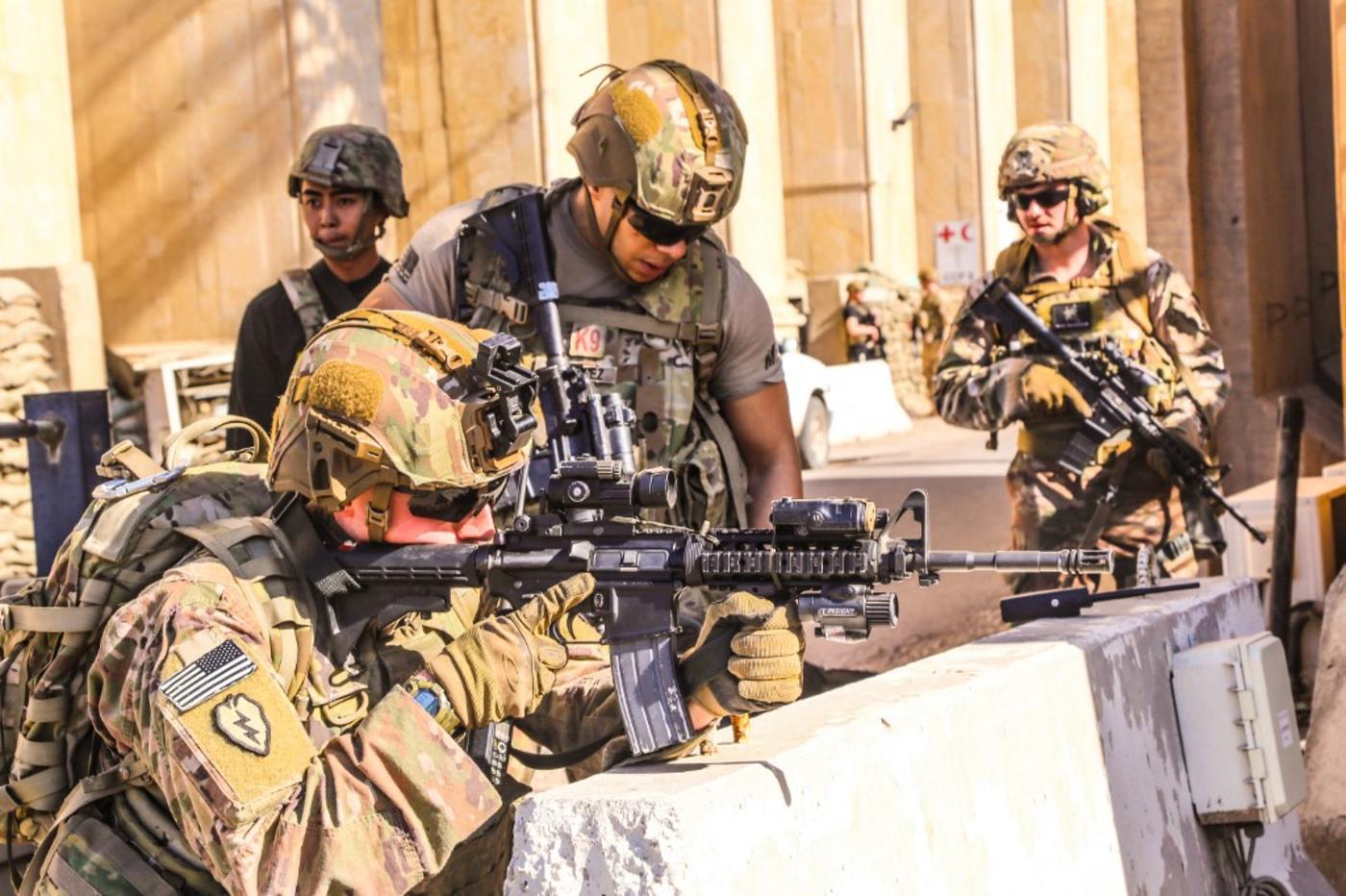 American soldiers taking position around US embassy in Baghdad during a protest against US air strikes in western Iraq, on 31 December 2019 (AFP photo/HO/US embassy)
By
MEE staff

The United States is to resume strategic talks with Iraqi officials next month regarding the status of combat troops, a senior Biden administration official said.

The talks will be the first set of US-Iraq meetings under President Joe Biden and are expected to set the tone for the relationship between the two countries during the next few years, the Associated Press reported. 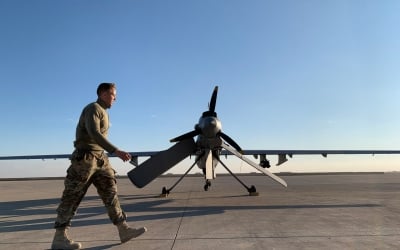 The official told the AP that the meetings will also touch on security, trade, climate and more. Specifically, the US intends to use the meetings to clarify that coalition forces will remain in the country "at the invitation of the Iraqi government and solely for the purpose of training and advising Iraqi forces" and to ensure that the Islamic State (IS) group "cannot reconstitute", the agency reported.

While training forces will remain, under current plans combat troops will be withdrawn.

Iraqi officials confirmed sending a formal request to the Biden administration on Tuesday, seeking to schedule a series of meetings on bilateral relations and the withdrawal of remaining US combat forces.

Relations have improved since Iraqi Prime Minister Mustafa al-Kadhimi took office in May. Still, some parties - notably the parliament's Iran-backed Fatah bloc - continue to call for the withdrawal of all US forces. While an unofficial armistice with US forces in Iraq had largely held since October, on 1 March the Iran-back militias in the country announced an end to the relative quiet and began low-level strikes on US targets.

Earlier this month, sources told Middle East Eye that the Iranian-backed paramilitaries in Iraq had agreed to stop attacks against US forces if Prime Minister Kadhimi were to formally demand an American withdrawal on a 12-month timeline.

Iraqi and US officials have said they support a scheduled withdrawal of forces from Iraq, but details over the timeline of such a pullout and the scope of the remaining IS threat remain unresolved.

Meanwhile, Nato - which currently has a force of over 300 in Iraq - is preparing to deploy 3,500 additional troops to Iraq that will also focus on training local forces and mitigating the risk of an IS group resurgence.

Announced last month, Secretary General Jens Stoltenberg has stressed that the troop increase comes at the invitation of the Iraqi government.

The expanded Nato mission will likely take over some of the training activities carried out by the US-led coalition against IS. The Nato mission, involving allies including Britain, Turkey and Denmark and led by a Danish commander, has been seen as more acceptable to Iraqis than a US training force. 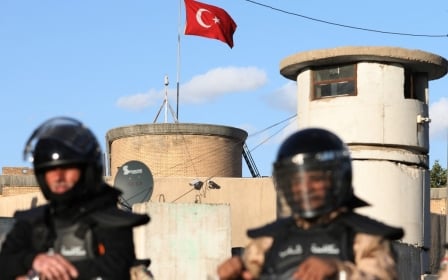