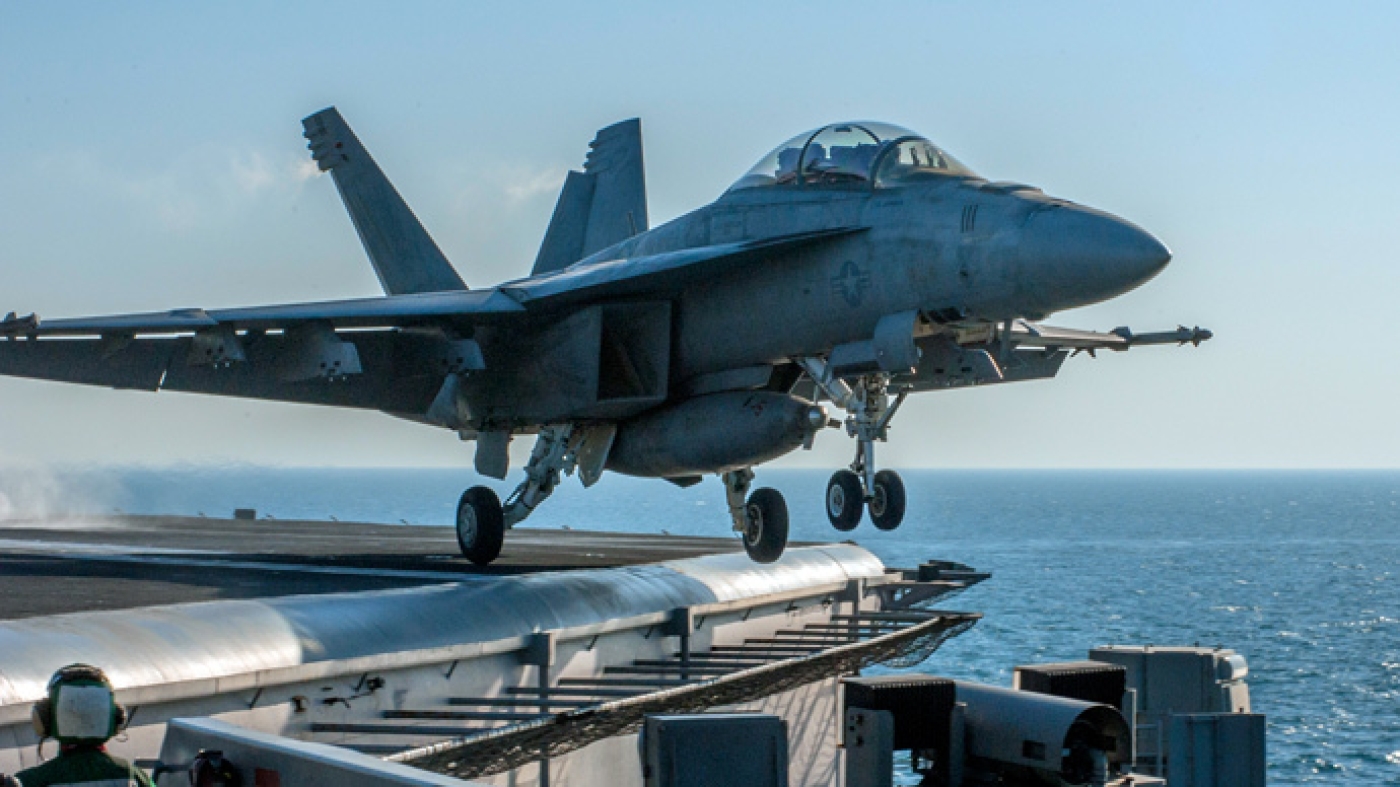 The summary report on an investigation into US and allied air strikes on Syrian government troops has revealed irregularities in decision-making consistent with a deliberate targeting of Syrian forces.

The report, released by US Central Command on 29 November, shows that senior US Air Force officers at the Combined Air Operations Center (CAOC) at al-Udeid Airbase in Qatar, who were responsible for the decision to carry out the September airstrike at Deir Ezzor:

Last week Brig. Gen. Richard Coe, the lead US official on the investigating team, told reporters that US air strikes in Deir Ezzor on 17 September, which killed at least 62 - and possibly more than 100 - Syrian army troops, was the unintentional result of “human error”.

The report itself says that the investigators found “no evidence of misconduct” - but it is highly critical of the decision process and does not offer any explanations for that series of irregularities.

How the strikes killed off ceasefire deal

The strikes against two Syrian army positions were the pivotal event in the breakdown of the Syrian ceasefire agreement reached between the United States and Russia in September. Both Moscow and Damascus denounced the strikes as a deliberate move by the Obama administration to support the Islamic State group and cited the attacks as the reason for declaring an end to the ceasefire on 19 September.

Lt. Gen. Jeffrey L Harrigan, commander of US Air Forces Central Command and of the CAOC, who was the central figure in all the decisions, apparently had a motive for a strike against Syrian forces.

US Secretary of Defense Ashton Carter had strongly opposed a provision in the US-Russian ceasefire agreement that would have established a US-Russian “joint integration centre” to coordinate air strikes against both Islamic State (also known as Daesh) and the then-Nusra Front, which was to become active after seven days of effective ceasefire.

In a press briefing on 13 September, Harrigan stated that his readiness to join such a joint operation with the Russians “is going to depend on what the plan ends up being.” He added: “[I]t would be premature to say we’re going to jump right into it. And I’m not saying yes or no. I’m saying we’ve got work to do to understand what the plan is going to look like.”

Three days later, Harrigan’s command sent a drone to investigate a site three kilometers southwest of Deir Ezzor airfield. It showed images of a tunnel entrance, two tents and 14 adult males, according to the investigation report. That move led to a swiftly moving decision process that resulted in the air strike against two Syrian army bases the following day.

What the US failed to tell the Russians

The investigation report summary reveals that the CAOC sent misleading information to the Russians before the strike about the location of the targets.  The Russians were informed that the targets were nine kilometres south of Deir Ezzor airfield: they were actually only three and six kilometres from that airfield, respectively, according to the summary of its findings.

Brig. Gen. Richard Coe, who briefed reporters on the team’s report, acknowledged that the misleading information had prevented the Russians from intervening to stop the strike. “Had we told them accurately, they would have warned us,” he told reporters.

From its initial position above the site three kilometers from the airfield, the drone followed a vehicle to two other positions nearby, both of which also had tunnels, as well as “defensive fighting positions”, including tanks and armoured personnel carriers. All those characteristics would have been consistent with a Syrian Army position, especially in Deir Ezzor.

At the time the Syrian Army was fighting from fixed defensive positions to prevent the Deir Ezzor airport – the lifeline for the entire government-held portion of the city – from being overrun.

But a former US intelligence analyst with long experience in image interpretation in combat situations told Middle East Eye that the claim that IS militants could be distinguished from Syrian army troops on the basis of their clothing “sounds completely bogus”. He said he had seen images of Syrian Republican Guards in the field who were not wearing regular uniforms or were dressed in various colours.

Concerns about identity of IS positions

The report also mentions a series of what it calls “breakdowns” regarding intelligence reporting and analysis on the identification of the positions with IS that allegedly was never seen by those making the decisions on targeting.

The regional station belonging to the Air Force’s Distributed Common Ground System (DCGS) is the main source of Air Force analysis of intelligence from aerial surveillance. It responded to the initial identification of the positions as belonging to the Islamic State group by raising “concerns” that the ground force in question could not have belonged to the group.

But those concerns never reached Harrigan or his staff, according to the report.

Thirty minutes before the strike was scheduled, someone called into the CAOC to report a “possible flag” in one of two target areas. The call, which contradicted the accepted identification based on the absence of flags at the site, “went unacknowledged”, according to the report.

The report also reveals that a map prepared by an intelligence agency, whose identity is redacted, that was available at the CAOC contradicted the classified map showing areas occupied by the Syrian Army and IS in the vicinity of the Deir Ezzor airfield.

The classified map supported the decision to proceed with the strike. But the officials involved in targeting decisions denied any knowledge of another map.

READ: Bombing of Aleppo is no worse than what happened in Gaza and Iraq

The report and Coe’s press briefing both explained the conclusion that the positions were under IS control as a result of “confirmation bias”, which means that people seek and accept information that confirms their existing biases.

But citing that concept implies that those responsible for the strike began with an interest in finding evidence to justify an action they already wanted to take.

The report is critical of the discussion on the identification issue within CAOC for focusing only on “what could be seen on the ground rather than what we knew about the ground situation” (emphasis in original report).

That language clearly suggests that Harrigan and his staff were ignoring basic facts about the positions of the Syrian army and IS in the area that was well known to US intelligence.

The switch to 'dynamic targeting'

Journalist Elijah Magnier of the Kuwait daily newspaper Al Rai has followed the struggle between the Syrian army and IS for control of Deir Ezzor closely for years.

He told Middle East Eye in an email that at the time of the air strike the defence of the airport depended entirely on four interconnected Syrian army positions on the Thardeh mountain chain.

Magnier said IS forces had been carrying out “daily attacks” on Deir Ezzor airport prior to the US air strikes but had failed, mainly because of the higher elevation of the four Syrian bases in relation to the positions occupied by IS further south.

Fabrice Balanche, a leading French expert on Syria who is now a visiting fellow at the Washington Institute for Near East Policy, said in an interview with Middle East Eye that the Syrian army had maintained continuous control over the base at Thardeh mountain from March 2016 until the US air strikes, which then resulted in IS gaining control of it.

The report faults those who made the decisions on the targeting of the strike for failing to follow normal Air Force procedures. Originally, the CAOC had initiated a process called “Deliberate Targeting”, which is used for fixed targets and requires extensive and time-consuming work to ensure the accuracy of the intelligence on the targets, according to the report. But that had been changed abruptly to “Dynamic Targeting”, which involves “fleeting targets” – those that are either moving or about to move - for which intelligence requirements are less stringent.

The authors of the report found that change to be improper, given that the sites being targeted were clearly identified as defensive positions and could not justify such a switch to a hastily prepared strike. But again, it offers no explanation as to why.

Report's co-author was from 'foreign government'

The report revealed more than previous investigations into US military operations that resulted in embarrassment. This can be explained by the role of its co-author, whose identity was redacted as “foreign government information”. He or she is most likely a general belonging to one of the other three members of the “Operation Inherent Resolve” coalition whose planes participated in the Deir Ezzor strike, which would narrow it down to the UK, Denmark or Australia.

The two co-authors also went through lengthy negotiations to resolve the differences in the summary report. This is indicated by the repeated postponement of the report’s release, which was originally planned for two weeks earlier, according to sources at Central Command. As a result, the report was certainly less pointed in describing the decision-making than the unidentified co-author would have preferred.

READ: How the Pentagon sank the US-Russia deal in Syria – and the ceasefire

The report observes that it was “unclear who has the responsibility/authority to decide between continuing deliberate target development versus conducting a dynamic strike.” However such decisions could only have been made with the approval of the commander of CAOC - Lt. Gen. Harrigan, who is also commander of US Air Forces Central Command.

The decision to avoid identifying Harrigan as responsible for that decision may be related to the fact he was also the recipient of the report. 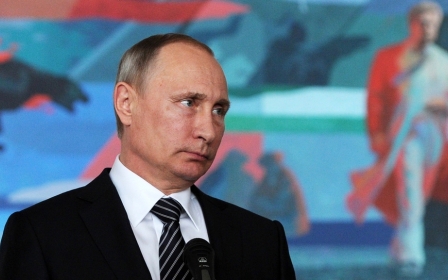 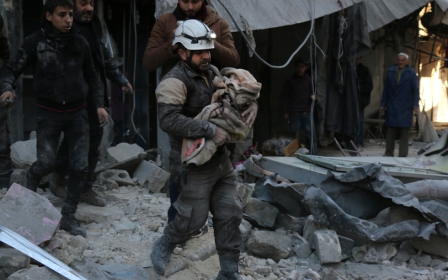 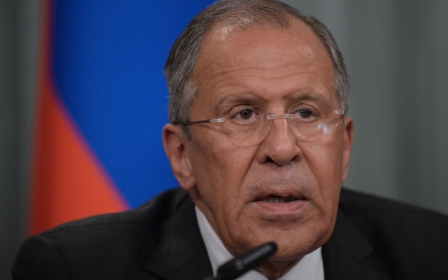