US imposes sanctions on 'key enablers' of Syria's Assad government 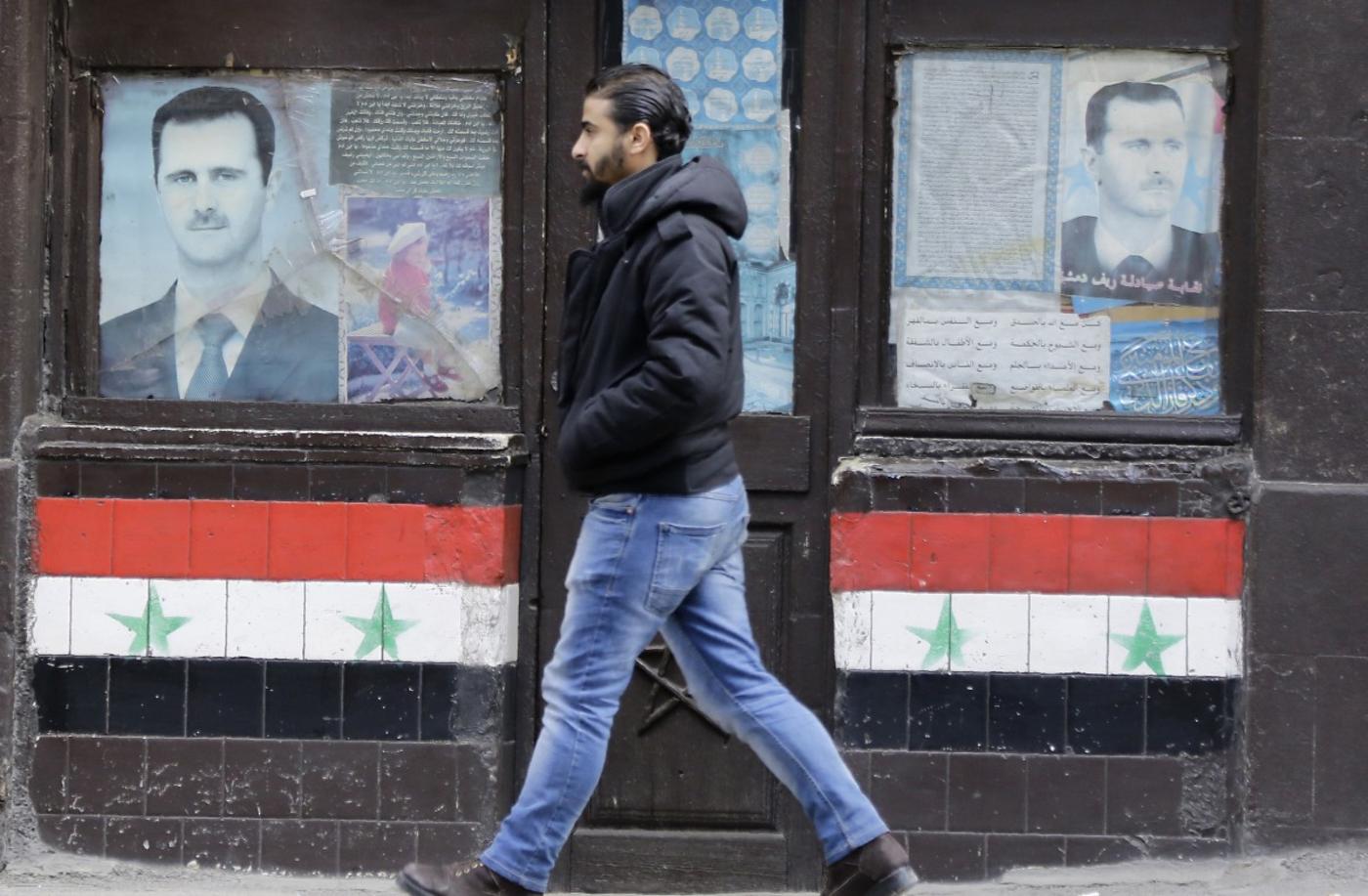 US says its main goal is not regime change, but to force Assad government to adhere to international standards (AFP/File photo)
By
MEE staff
in
Washington

The United States slapped sanctions on several "key enablers" of President Bashar al-Assad's government as Washington tries to push Damascus back to UN-led negotiations and broker an end to the country's near decade-long war.

The US Treasury Department said in a statement on Wednesday that it had blacklisted 13 Syrian entities and six individuals, including the governor of the Central Bank of Syria, as part of measures aimed at cutting off revenue to the Assad government.

Among those sanctioned were the head of the Syrian General Intelligence Directorate, Husam Muhammad Louka; the governor of the Central Bank of Syria, Hazem Younes Karfoul, and Syrian businessman Khodr Taher Bin Ali, who the Treasury said was connected to the Syrian Arab Army and the Assad government.

"Those who continue to stand with the brutal regime of Bashar al-Assad further enable its corruption and human rights abuses," Treasury Secretary Steven Mnuchin said in the statement.

"The United States will continue to employ all of its tools and authorities to target the finances of anyone who profits from or facilitates the Assad regime's abuse of the Syrian people," Mnuchin added.

The entities designated in Wednesday's announcement included Syrian companies in the telecommunications, tourism, and technology industries. The sanctions follow an earlier set of sweeping financial penalties aimed at the Syrian government in June that were put in place by the Caesar Act, a law seeking to target supporters of the Assad government in politics, business and banking.

The act, which is named after a Syrian military photographer who smuggled tens of thousands of gruesome photos out of the country that documented evidence of war crimes, was passed in December as part of the Trump administration's $738bn defence policy bill.

The financial restrictions imposed by the US over the past few months have increased the risk that banks and foreign traders will avoid doing business with Syrians altogether, including harmless transactions with individual citizens and humanitarian aid efforts.

Washington has said its main goal is not regime change, but to force the Assad government to adhere to international standards.

Analysts have likened the sanctions to the Trump administration's "maximum pressure campaign" against Iran, which has so far failed to bring Tehran to the negotiating table.

The sanctions also come as Syria is in economic freefall, with the value of its currency plummeting by roughly 600 percent over the past decade.

The collapsed financial system has made Syrians more dependent on Lebanon's banking system, which is also facing a financial crisis.