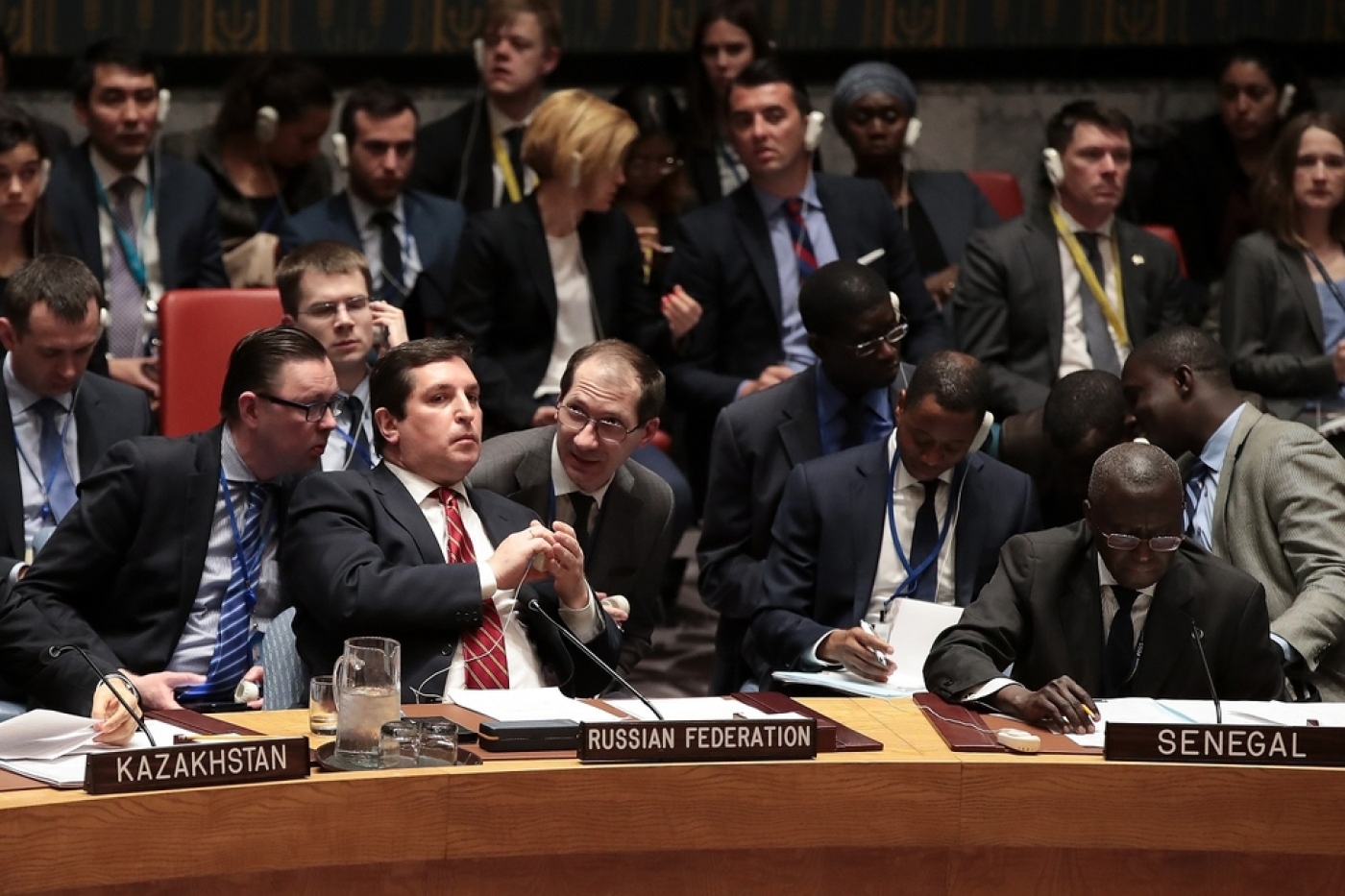 The United States said on Friday it is ready to hit Syria again after a missile strike against a Syrian military airbase, while Russia warned that US military intervention in the war-torn country may have "extremely serious" consequences.

US Ambassador Nikki Haley delivered the warning at an emergency session of the UN Security Council after the US strikes, which were launched to punish an alleged chemical weapons attack by the Syrian government.

"The United States took a very measured step last night," Haley told the council. "We are prepared to do more, but we hope it will not be necessary."

Haley said the strike destroyed an airfield from which Washington believes Damascus launched the attack on rebel-held Khan Sheikhun, where 86 people, including 27 children, were killed this week.

Rights monitors reported, however, that Syrian jets were already flying sorties from the base again as night fell on Friday.

"We strongly condemn the illegitimate actions by the US," Safronkov said.

The United States fired 59 Tomahawk cruise missiles from warships in the Mediterranean at the Shayrat airfield near Homs in central Syria.

Russian Prime Minister Dmitry Medvedev said the US strikes were one step away from clashing with Russia's military.

US officials informed Russian forces ahead of the missile strikes and avoided hitting Russian personnel.

Satellite imagery suggests the base houses Russian special forces and helicopters, part of the Kremlin's effort to help the Syrian government fight rebels.

"The United States will no longer wait for Assad to use chemical weapons without any consequences," Haley said. "Those days are over."

The United States did not seek UN Security Council authorization for the military action that followed days of global outrage over images of children slain in the suspected sarin gas attack.

It was Trump's biggest military decision since taking office and marked a dramatic escalation in American involvement in Syria's protracted war.

"The United States attacked the territory of sovereign Syria," Safronkov told the council, denouncing a "flagrant violation of international law and an act of aggression".

US Secretary of State Rex Tillerson, who is due in Moscow next week for talks with President Vladimir Putin, said: "I'm disappointed in that response from the Russians because it indicates their continued support for the Assad regime."

"In particular," he said, the response showed the Kremlin's "continued support for a regime that carries out these kinds of horrendous attacks on their own people".

"I find it very disappointing but - sadly, I have to tell you - not all that surprising."

In Washington, a senior US official said Syria may have had help carrying out the alleged chemical attack, but stopped short of accusing Russia of complicity.

"We are carefully assessing any information that would implicate the Russians knew or assisted with this capability," he said.

While threatening further strikes, Haley also said it was time to press on with diplomatic efforts to achieve a political solution to end the war.

UN Secretary-General Antonio Guterres urged restraint and a renewed push for peace in Syria, saying "there is no other way to solve the conflict than through a political solution".