On Thursday, Mnuchin pulled out of Saudi investment conference over the Jamal Khashoggi crisis (Reuters/File photo)
By
MEE staff

US Treasury Secretary Steven Mnuchin will attend an "anti-terror finance" meeting in Saudi Arabia next week, the Washington Post reported on Friday, citing three sources familiar with the matter.

On Thursday, Mnuchin had announced that he would not be attending a global investment conference in Riyadh after consulting with President Donald Trump and Secretary of State Mike Pompeo amid outrage over the purported murder of Washington Post columnist Jamal Khashoggi.

The "anti-terror finance" meeting, which is not related to the investment conference, will involve Saudi security services and their regional counterparts, according to the Post.

The Treasury Department did not immediately return MEE’s request for comment on the Post report on Friday.

Meanwhile, Trump repeated his call for caution in the Khashoggi case, saying it was too early to draw conclusions.

"I will very much listen to what Congress has to say," he said, without ruling out the possibility of sanctions against Riyadh.

Left-wing Senator Bernie Sanders accused the Saudi government of killing Khashoggi on Friday, hitting out at Trump for being tough on migrant children but weak when dealing with "his billionaire friends in Saudi Arabia".

A growing list of Western officials, companies and media outlets are boycotting the investment conference, dubbed Davos in the Desert, which is set to take place next week.

Fox Business Network announced on Thursday it was pulling out of the investment conference, joining CNN, the New York Times, CNBC, Bloomberg, the Financial Times and other media groups that have already cancelled plans to go to Riyadh.

Khashoggi, a Saudi insider-turned-critic of the Gulf kingdom, was last seen on 2 October when he entered the Saudi consulate in Istanbul to sort out paperwork.

Late Friday, Saudi Arabia confirmed that Khashoggi was killed inside its consulate in Istanbul. In a statement on Saudi state television, the country's chief prosecutor said a fight broke out between Khashoggi and "people who met him" in the consulate. The brawl resulted in Khashoggi's death, the prosecutor said.

On Friday, a United Nations expert group praised businesses that withdrew from the investment conference over the Khashoggi crisis.

"Their decision to withdraw from the conference underlines how companies can use their leverage to address human rights concerns," Dante Pesce, chair of the UN Working Group on Business and Human Rights, said in a statement.

"Business leaders need to take a strong interest in keeping civic space open wherever they operate. For it is only in an environment where journalists and human rights defenders are able to speak freely that businesses can effectively identify and prevent negative human rights impacts." 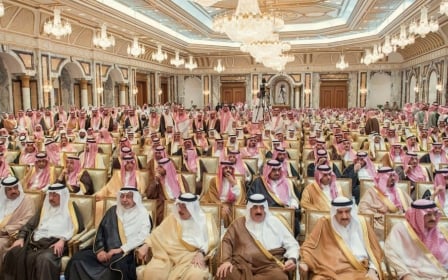 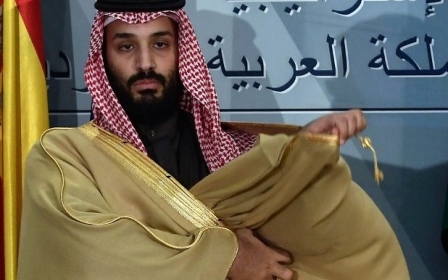