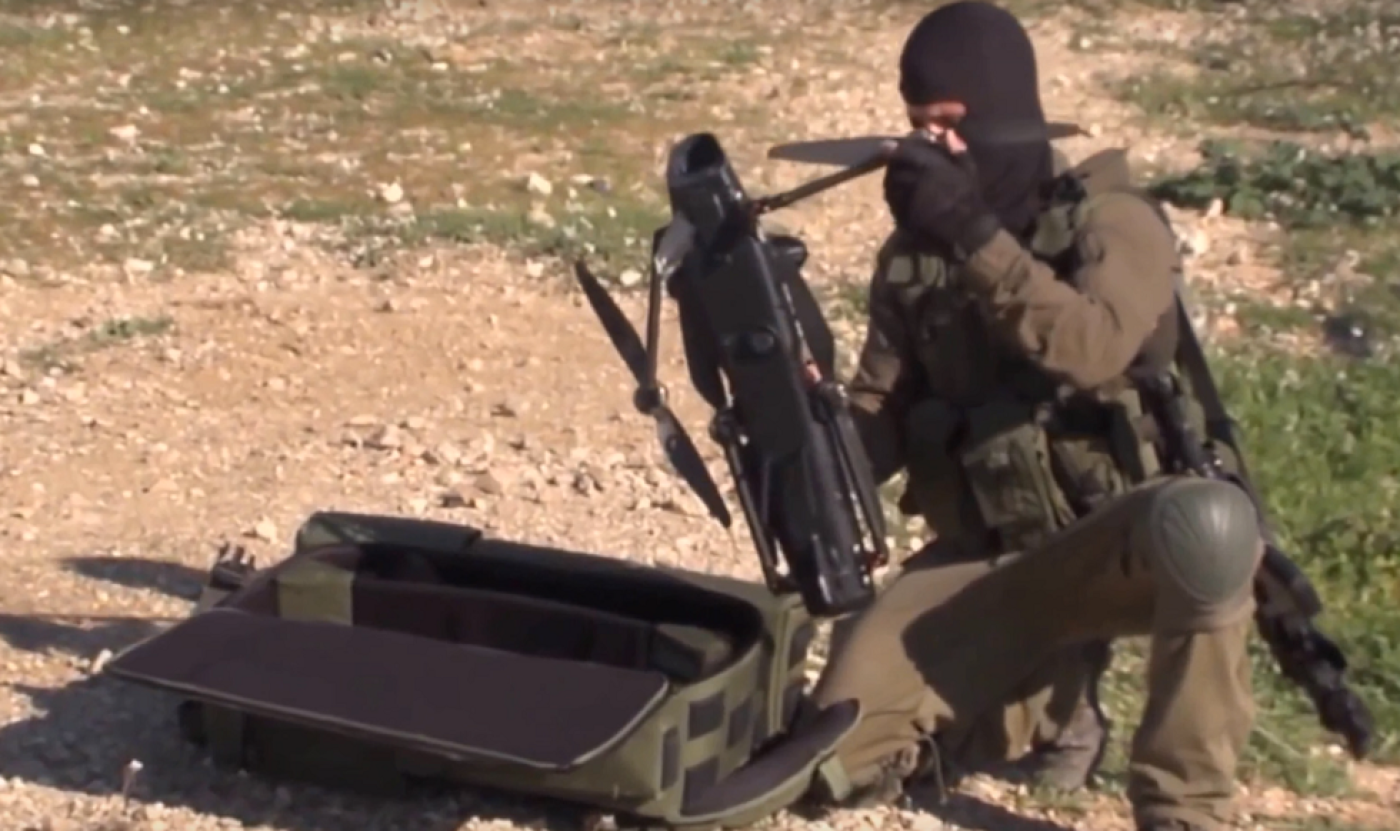 The Israeli army is to buy a fleet of cheap so-called "suicide drones" that can loiter in the air before being dropped on their targets via a tablet app, according to reports.

According to Haaretz, an executive at Israel Aerospace Industry (IAI) said the Israeli army was considering deployment of unmanned "Rotem," a Hebrew acronym for "attack and suicide drone".

The drone is capable of carrying grenades and a camera and can be carried on the back of Israeli soldiers.

Unlike traditional unmanned aircraft, such as the US Reaper which requires trained pilots, runways and expensive support technology, the smaller, less expensive "suicide drones" are man-portable and can be operated from a tablet computer.

The "quadcopter" (four-propeller) Rotem weighs 4.5kg, meaning two can be carried in a backpack by one soldier. It can hover over a target area for up to 30 minutes.

IAI says the drone is virtually silent at ranges of 200m. Once an enemy is located, the Rotem speeds towards its target and detonates two fragmentation grenades - destroying itself and the target.

Rotem's cost is in the tens of thousands of dollars - less than many missile systems and far cheaper than traditional drones, which can cost in the tens of millions.

The "Rotem" drone was one of several models presented to Israeli media during a tour at the weekend.

Others included the "Harpy" and the "Harop," both aircraft-missile hybrids that can spot, home in and destroy targets.

The IAI executive told Haaretz that such drones have been sold to foreign armies but would not specify which.

He refused to comment on recent reports that the Azeri army made use of a "Harop" to attack an Armenian convoy during recent fighting in the disputed Nagorno-Karabakh region.

The Harop is an unmanned kamikaze aircraft that various reports say is in use in India, Israel and Azerbaijan.

It can carry 15kg of explosives and can hover in the air for up to seven hours.

A military source confirmed to Haaretz that the army was interested in buying the "Rotem," but said no orders had been approved.

Israel is not the only country to develop "suicide drones".

The US company AeroVironment has developed the Switchblade, a man-portable, tube-launched aerial vehicle it describes as a "tactical missile system".