VIDEO: Teen in Syria says, 'I am not a fighter, I am representing Australia' 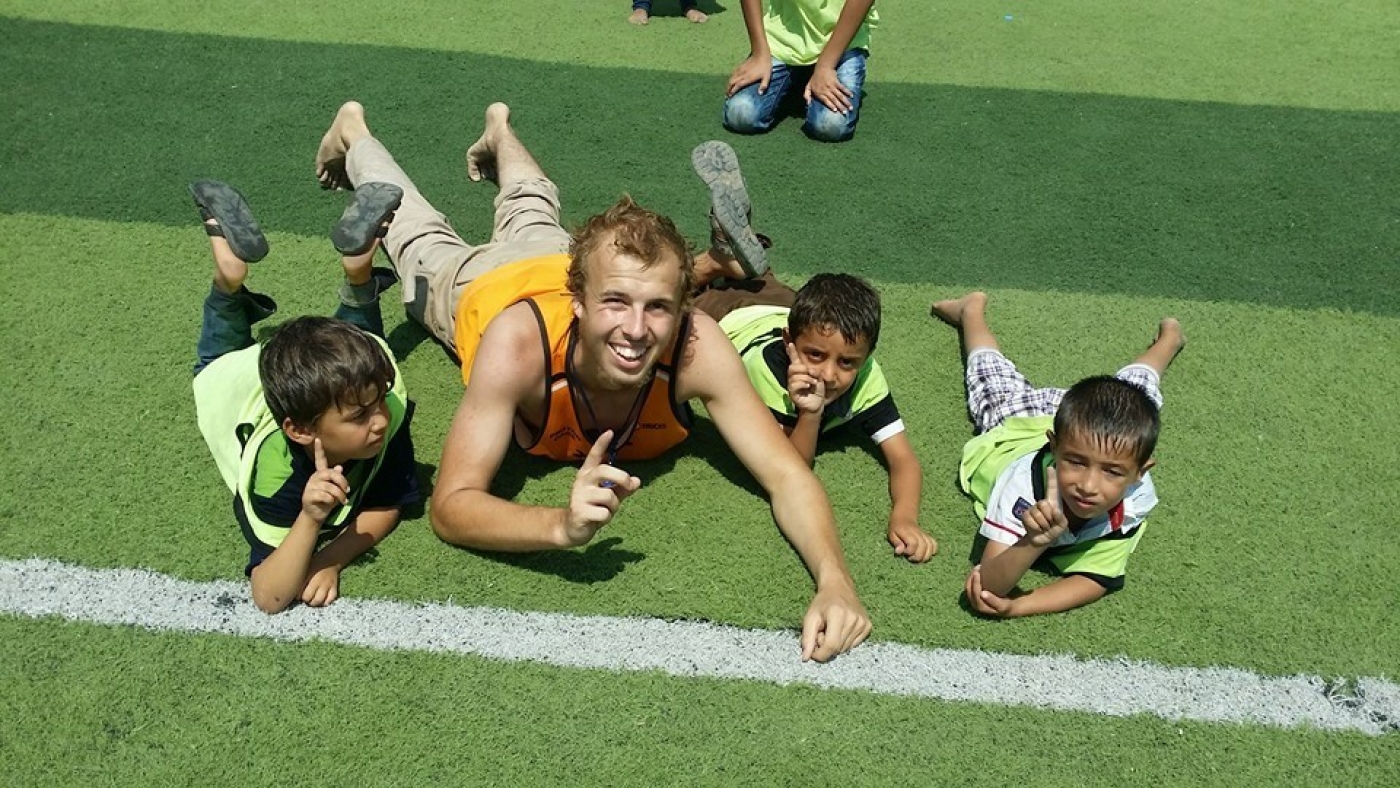 Oliver Bridgeman says he has been performing humanitarian work in Syria for the past 10 months
By
Bilal Abdul Kareem
, Simon Hooper

An Australian teenager stranded in Syria says he is representing his country by doing humanitarian work there and believes he has been betrayed by his own government.

Oliver Bridgeman told Middle East Eye that he had been just days away from returning home and had been cooperating with Australian authorities when he learnt late last month that the government had cancelled his passport.

A few days later Australian police also issued an arrest warrant for the 19-year-old and said it suspected he had gone to Syria “with the intention of engaging in hostile activities”.

But Bridgeman said he was not a fighter and had spent his time distributing aid and performing other humanitarian work in refugee camps and rebel-held areas since entering northern Syria in April last year.

Bridgeman had told his parents that he was going to work for a charity on the Indonesian island of Bali.

Last August he denied allegations in the Australian media that he had joined the Nusra Front, al-Qaeda's affiliate in Syria which operates alongside other rebel groups in the area where Bridgeman has been based.

“I am not a fighter. I am a humanitarian. I have never picked up a weapon. I have never seen a battle or anything like that. I am strictly helping the people in the refugee camps and also inside Syria,” Bridgeman, a Muslim convert who has taken the name Yusuf, told MEE.

“The reason I came to Syria is because I believed and I saw that the children and the people needed help. You are talking about millions of people displaced and hundreds of thousands of casualties and, Subhan Allah, as a Muslim I felt that I had to go and help those people.”

Bridgeman has appeared in a number of videos posted by the northern Syria-based Live Updates from Syria aid group since last August, with recent videos showing him delivering medical supplies to hospitals in Aleppo and reporting on the damage caused by air strikes in rebel-held neighbourhoods.

Live Updates from Syria is run by a British couple, Tauqir Sharif and Racquell Hayden-Best, who have been based in Syria since 2012 and have set up facilities including a camp for widows and orphans and schools, as well as acting as a distribution hub for aid donated by Muslim charities in the UK.

They say that they have also encountered problems getting a British passport for their two-year-old daughter who was born in Turkey in 2013 and believe they are being punished by the British government for choosing to live and work in Syria.

Last year Sharif described how he had spent eight months chasing up a passport application before being told that he would have to reapply because of a signature error.

He also said British police and security officials had attempted to contact him in Syria and had even asked other volunteers visiting him to pass on the message that they could help him get a passport if he got in touch.

“The situations are very similar. They've made Oliver feel unwanted and that trust that you have for your government and where you have been born is completely lost,” Hayden-Best told MEE.

“We've never had a passport for our daughter but the fact that both me and my husband were brought up in the UK and have not been given a passport for her, that makes us feel unwanted.”

A spokesperson for the British Home Office told MEE: "We do not routinely comment on individual cases".

'Everything was planned out'

Bridgeman said he had been cooperating with Australian authorities via his lawyer and was preparing to leave Syria when his parents called him to tell him that his passport had been cancelled. His lawyers subsequently advised him that he could face up to 10 years in prison if he attempted to travel on a cancelled document.

“When I was negotiating my return home we were cooperating with the authorities completely and they knew of my intentions of coming home. As far as I was concerned I was ready to accept any interviews or anything they wanted to speak to me about. I wasn't shying away from any of that,” he said.

“Everything was planned out. I had my lawyer and everything all sorted out and we were just waiting for a good opportunity for me to get across the border. I was a few days from leaving and my mum gave me a phone call and she said, 'Look, they have cancelled your passport'.

“My arrest warrant came about a week later and that was a big blow for me and my family. In a period of a week I had been all ready to leave and then I was stranded in Syria and left here to fend for myself by the Australian government.”

“I haven't done anything bad to my country. If I have done something good then I have represented my country here. A lot of people ask me where I'm from and I say I am Australian and they feel Australia has done something for them.

“Meanwhile there are other Australian citizens fighting with the Kurdish forces who are posting pictures of themselves with guns and they're very proud of what they've done and here I am doing aid work.”

In his first video from Syria last August, Bridgeman was shown teaching children to play rugby, wearing a vest for the Sydney-based Wests Tigers rugby league team. At the end of the video he led the children in a chant of “Thank you Australia!”

Sharif told MEE that Bridgeman was “like any other teenager”.

“He is always cracking jokes and a lot of the time I have to say buck up your ideas and be a bit serious, but that is Oliver for you. He likes to enjoy himself, have fun with the kids, do the distribution. He doesn't like any of the admin work or any of the boring stuff and that is what we love about him," he said.

“He is in a position where of course he loves his home and he would like to go back and I know he misses his mum. But while he is busy and helping people I know that gives him comfort in his heart.”

A spokesperson for Australia’s Department of Foreign Affairs and Trade told MEE that the country’s government had consistently discouraged citizens from travelling to Syria and was unable to provide consular assistance to Australians in Syria or facilitate travel out of a conflict zone.

“We are aware that an individual who has allegedly been in Syria may be seeking to return to Australia. For privacy reasons, we do not comment on the status of a person’s passport,” the spokesperson said.