VIDEO: US bombing campaign increases support for IS - Moazzam Begg Moazzam Begg spent nearly three years in the notorious Guantanamo bay detention centre, after being picked up by the secret services in Pakistan in 2002.

Since his release without charge in 2005, he has committed himself to advocacy work on behalf of those affected by the War on Terror, primarily as research-director of the charity CAGE.

In 2014, Begg travelled Syria where he said he investigated alleged British rendition of prisoners to be tortured by the government of Bashar al-Assad.

Shortly after his return to the UK, Begg was arrested by police and charged with terrorism-related activities, despite MI5 having approved his visit.

He has since been released from prison and cleared of all charges after the case against him collapsed. In spite of this, his passport remains revoked and his bank accounts frozen, making it difficult for him to continue his work.

Begg came to the Middle East Eye offices to talk about the war in Syria and the Islamic State group, as well as the issue of fighters from Europe returning home. 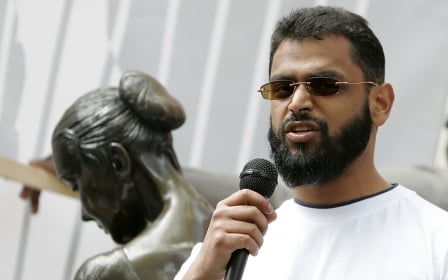