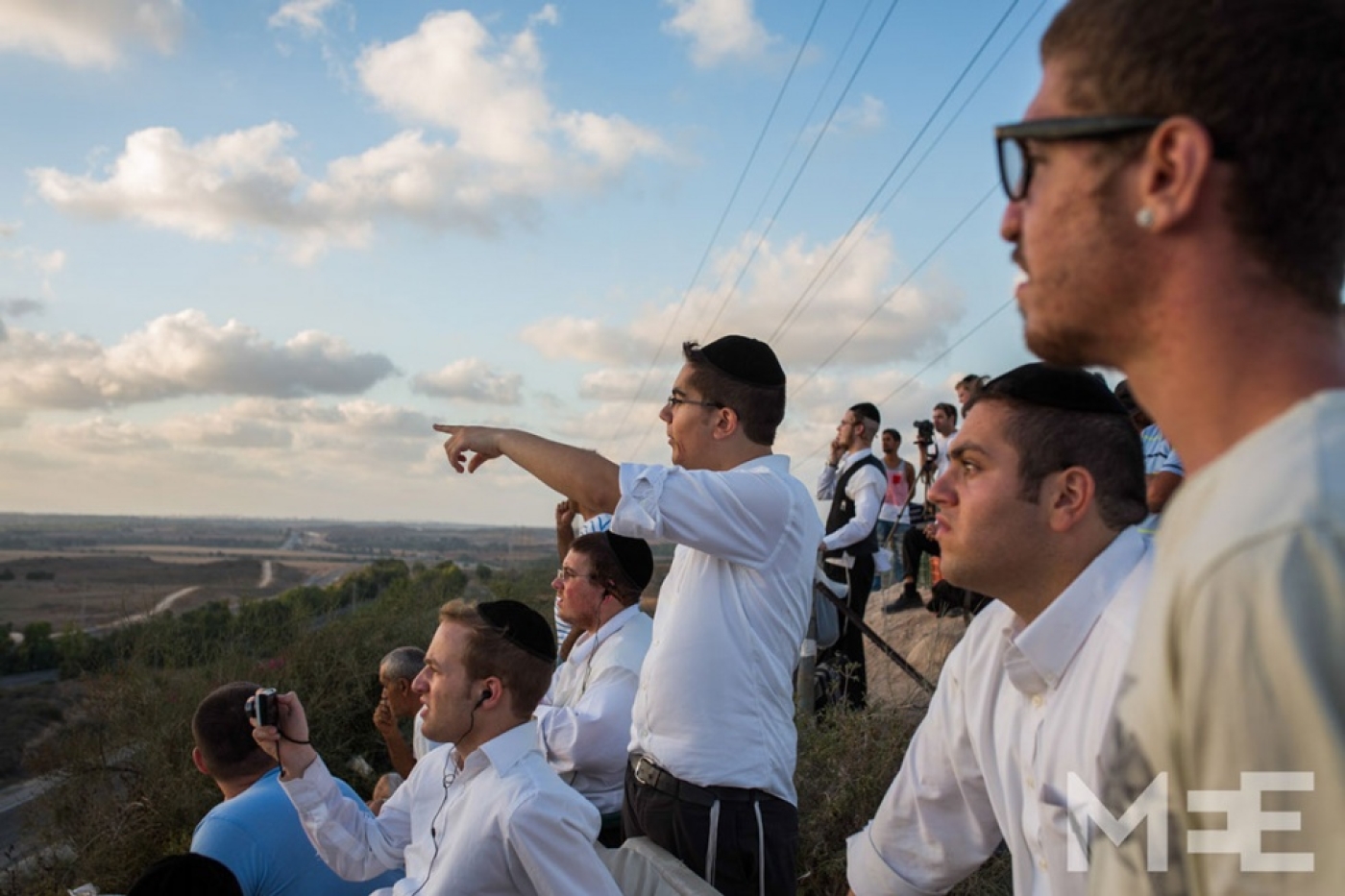 On a hill in a neighborhood of the western Israeli city Sderot, residents are gathering each night to watch the launching of rockets from the Gaza Strip to Israel, and air strikes and shelling by the Israeli army in response.

Given the dramatic views, international media crews are also appearing there both to cover the fighting and the phenomenon of Israelis gathering there to watch the war.

The people who come to watch are fully aware of the media focus on them.

"Media came here and wrote bad things about us," said one man named Hanan. Allan Sorensen, a Middle East correspondent for Denmark’s Kristeligt Dagblad, this week posted a photo on Twitter of the people calling it "Sderot cinema".

The post led to international criticism of what seemed to be people relaxing with food, drink and water-pipes as a war plays out in front of them.

One woman with children says, "don't take photos of us, we read that if we get hit or injured here, we won't get any help from the state, because it not allowed to be here"

But the hill is open, no police or army is blocking the area. When the siren goes on, people run behind the media’s cars, hiding from rockets that fall just a few hundred meters away.

The most common debate on the hill over what will happen next. Most of the people support the war, and hope it will bring an end to the rockets barrages, with only a few really supporting a full occupation of the Gaza strip.

As the sun goes down, most of the people go home, some say they will be back tomorrow.

“This is my sofa”, says Hanan, it's my reserved place.

His friend says "If they take down Hamas, i will bring here a sound system and beers and party until Gaza they will hear us". 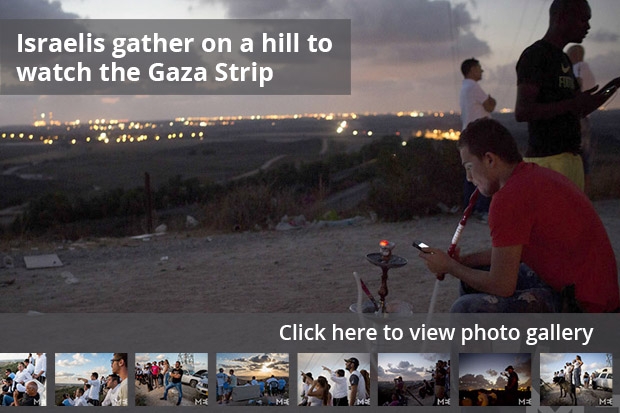 Gaza Under Attack
Video: Gazans speak out on the proposed Hamas-Israel ceasefire