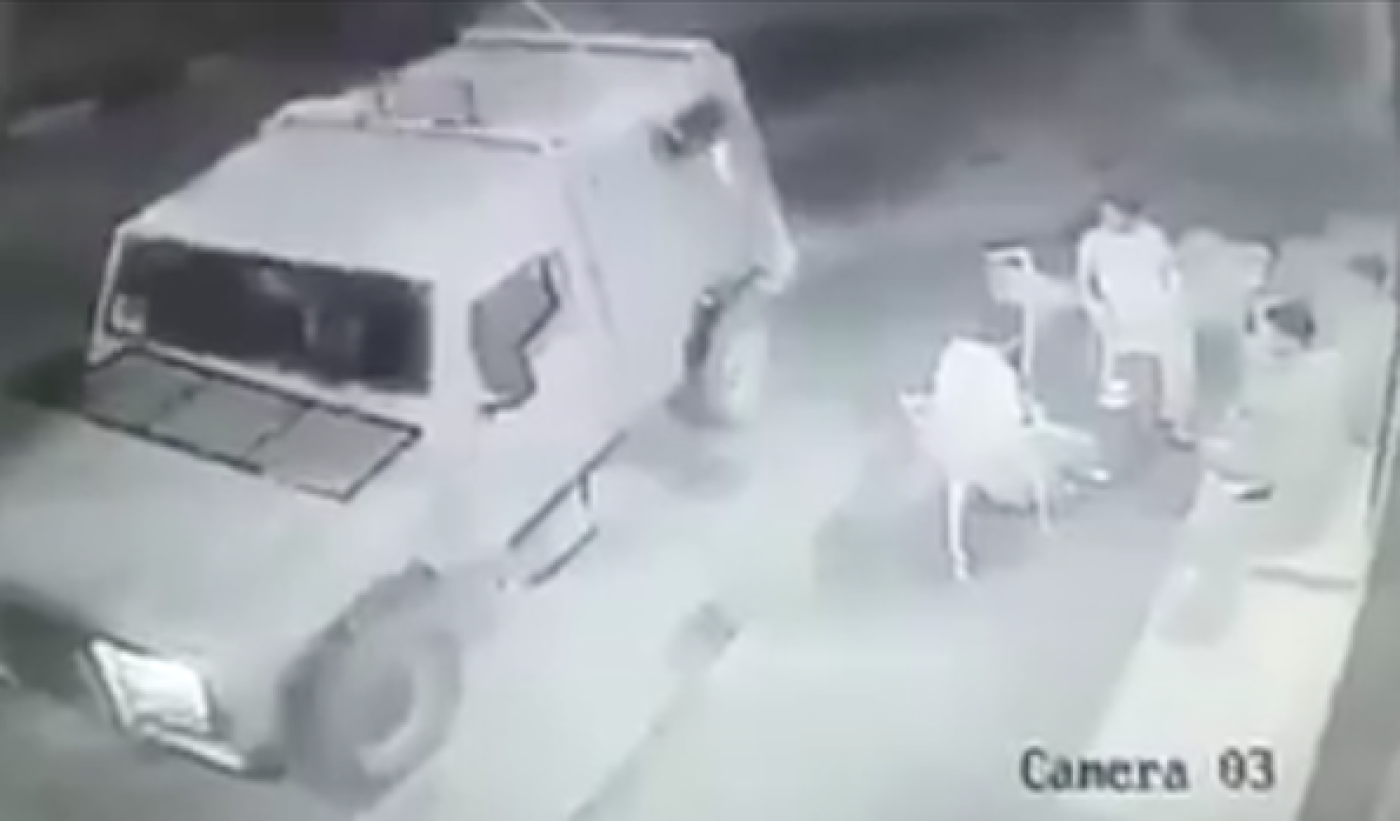 The Israeli army has launched an investigation into an incident where soldiers appeared to throw a stun grenade at a group of Palestinians sitting at a coffee shop.

The Palestinian Shehab News Agency on Tuesday published footage of the incident, which took place outside a building near the West Bank city of Ramallah.

In the one-minute-long clip a military vehicle is shown to stop next to a group of four Palestinians sitting on some chairs outside a coffee shop.

After stopping for a few seconds, the vehicle drives off, while the Palestinians get up and run away as a stun grenade detonates where they were sitting.

The army said it is making inquiries to see which if any of its soldiers were involved in the incident.