'We dream of justice,' says leader of Syrian White Helmets 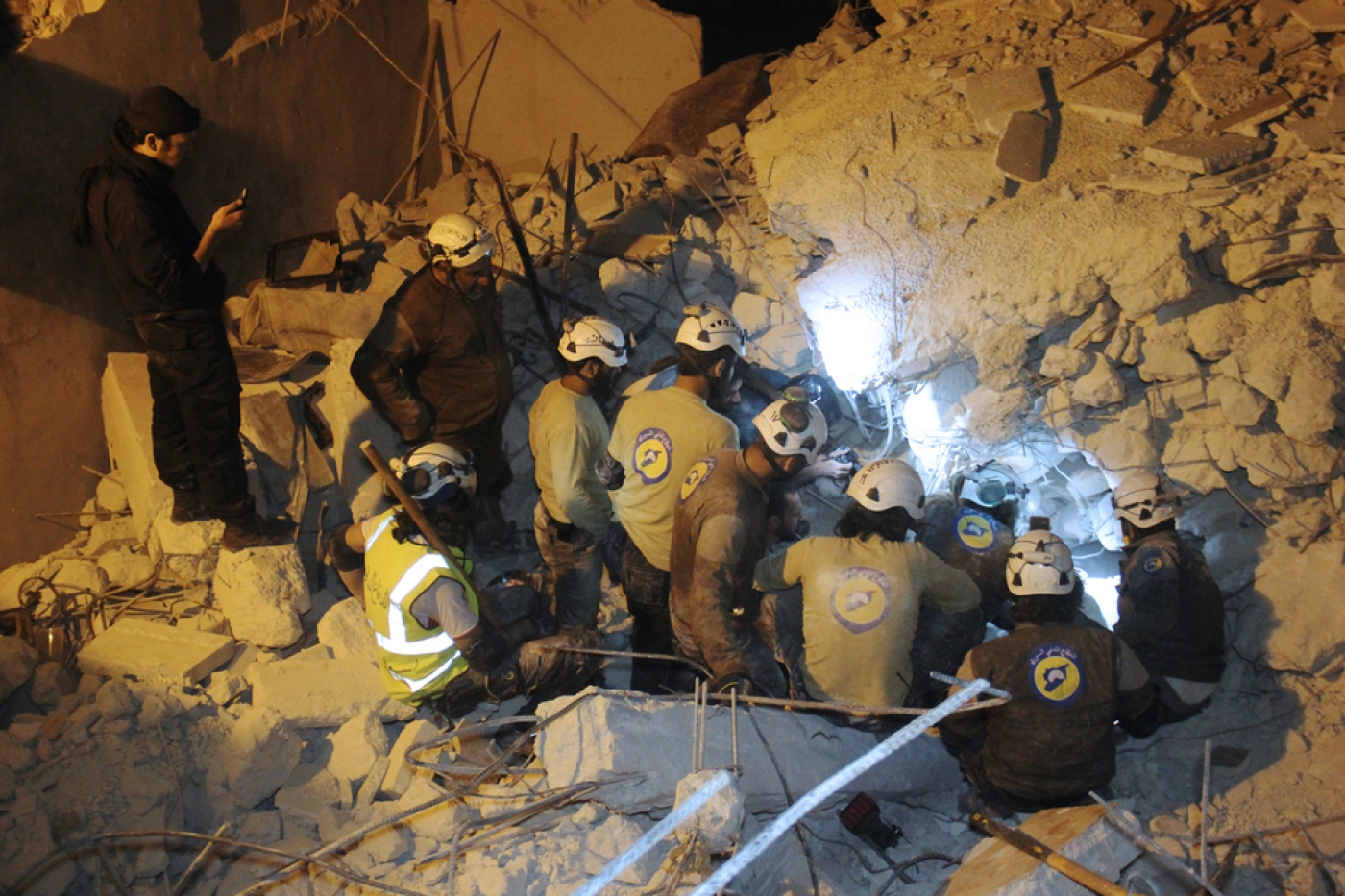 After the air strike there were minutes of near-silence, pierced by the screams of a search-and-rescue worker who had raced to the unfolding destruction.

People, including toddlers, were trapped under mounds of rubble. White foam gushed over the first responder who lay sprawled on the ground after being caught by the second air strike, which had ripped through his fire engine as it arrived.

Hell on earth was how one American journalist described the scene, captured in a video and posted on YouTube. But it was not hell: It was Idlib province in northwestern Syria, filmed in the immediate aftermath of a government air strike targeting rebel-held areas.

The infernal scenes from Idlib seemed far away amid the celebration and hope three weeks ago in London’s Trafalgar Square, where thousands stood teary-eyed, waiting for a man who had travelled thousands of kilometres to do one thing - place a white helmet in memory of a fellow humanitarian.

“Jo Cox gave us hope as our people fled their homes from the barrel bombs raining from the sky, spreading shrapnel and fear,” said Raed Saleh, who has been working on the ground in Syria and was visiting London at the invitation of the family of the murdered member of Parliament.

Cox, who was slain last month, had chaired the Friends of Syria all-parliamentary group and campaigned vigorously for the British government to support aid drops into Syria and accept more refugees from the country.

While Saleh may come across as your average Syrian, he is no ordinary person. Saleh is a White Helmet.

From protester to first responder

Born and raised in Idlib, Saleh was an electronics trader before the revolution began in 2011.

At first he, like many others, joined the peaceful protests that swept across Syria.

But when the revolution turned violent, his hometown of Jisr al-Shughour in Idlib was overrun by the Syrian army, forcing many to flee and become refugees inside their own country and beyond.

Saleh sought shelter with his family in neighbouring Turkey, where hundreds had gone to camps set up to cope with the influx of refugees.

He stayed in Turkey for a time and managed a camp at the border. But in 2012, he returned to the Idlib countryside without his family, joining various humanitarian efforts to help others as more towns and cities came under the control of government forces and the civil war dragged on.

“We had to respond,” Saleh told Middle East Eye during his visit to London. "Our countrymen were dying and we had no choice but to help."

Returning to Idlib, Saleh took a band of volunteers to attend a course in search-and-rescue operations. The first training session marked a turning point for his team.

Asked to go into a dark room and search for survivors, the group emerged and told the instructor there was no one inside.

The instructor then turned on a light to reveal that there were four people inside, pretending to be wounded under the rubble.

For Saleh, it was a moment that shaped the development of the White Helmets.

“The instructor told us this showed the difference between a rescue worker with experience and one without experience,” he said.

“It was like the difference between a blind person and someone who can see.

“So as a team we made a commitment that if we continued, we would be serious and responsible," he said.

During the first few years of war, many search-and-rescue groups formed by Syrian civilians operated across Syria under different names. However, in October 2014 the various groups agreed to a single statement of principles and code of conduct, uniting to form the Syrian Civil Defence Force, with NGOs and fans later dubbing them the White Helmets.

Saleh said those who had originally come together to form the group were united by common values.

"Those people who are ready to take the risks of rescuing others share a special characteristic, so it was easy to stand united around this."

Asked how the White Helmets kept going, he said: "We honour the verse from the Quran that says: 'If you save a life, it’s like saving the whole of humanity.'”

The White Helmets have paid a heavy price for their work, with civilian casualty rates increasing sharply since Russia entered the war in support of the Syrian government last September.

“We have lost 120 White Helmets who risked their lives to save Syrian civilians," said Saleh, who now heads the organisation.

“Three were killed by Daesh [the Islamic State group], 15 by the Russians and the rest were killed by the regime [of Syrian President Bashar al-Assad]."

Saleh’s comments came amid a recent escalation in violence in the rebel-held cities of Aleppo and Idlib, which saw nine White Helmets killed in 10 days, after their fire engines were struck by government and Russian planes.

Many of the casualties, he said, resulted from the "double tap" tactic, which means blasting the same location twice, with a 15-minute interval to allow emergency services to reach the attack site.

Russia was accused of targeting hospitals belonging to aid NGO Medecins Sans Frontiers in northern Syria in May and killing civilians in these kinds of attacks.

Video footage broadcast by Russia Today earlier this year appeared to show cluster munitions being loaded on to Russian jets.

Russia has previously denied using cluster bombs in Syria, with the Russian defence ministry dismissing the allegations as "assumptions without any proof".

Describing himself as being anything but a politician, Saleh said the situation in Syria has become more complicated as the years have gone by.

He said the international community has been partially responsible for the devastation because it has focused on the symptoms of the conflict and ignored the root cause, which is the continuation of Assad's rule.

"The international community has failed us and we know that the longer it takes, the more difficult it will be to solve the issue," Saleh said.

Looking ahead, Saleh said while it is difficult to envision a future for Syria, he dreams of a day when the killing stops.

“I dream of us living again in our hometowns where we were raised," he said. “I dream of going back and rebuilding it. We dream of justice." 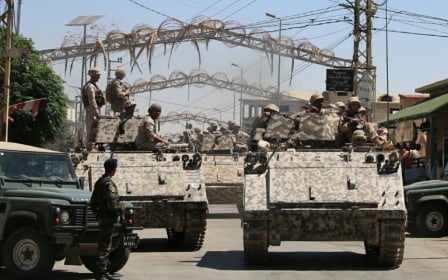