'We simply can't take this': Jordanians vow to continue protests after PM resigns

As prices rise while their incomes stagnate, Jordanians say they want the government to ease their struggles - or they will keep demonstrating 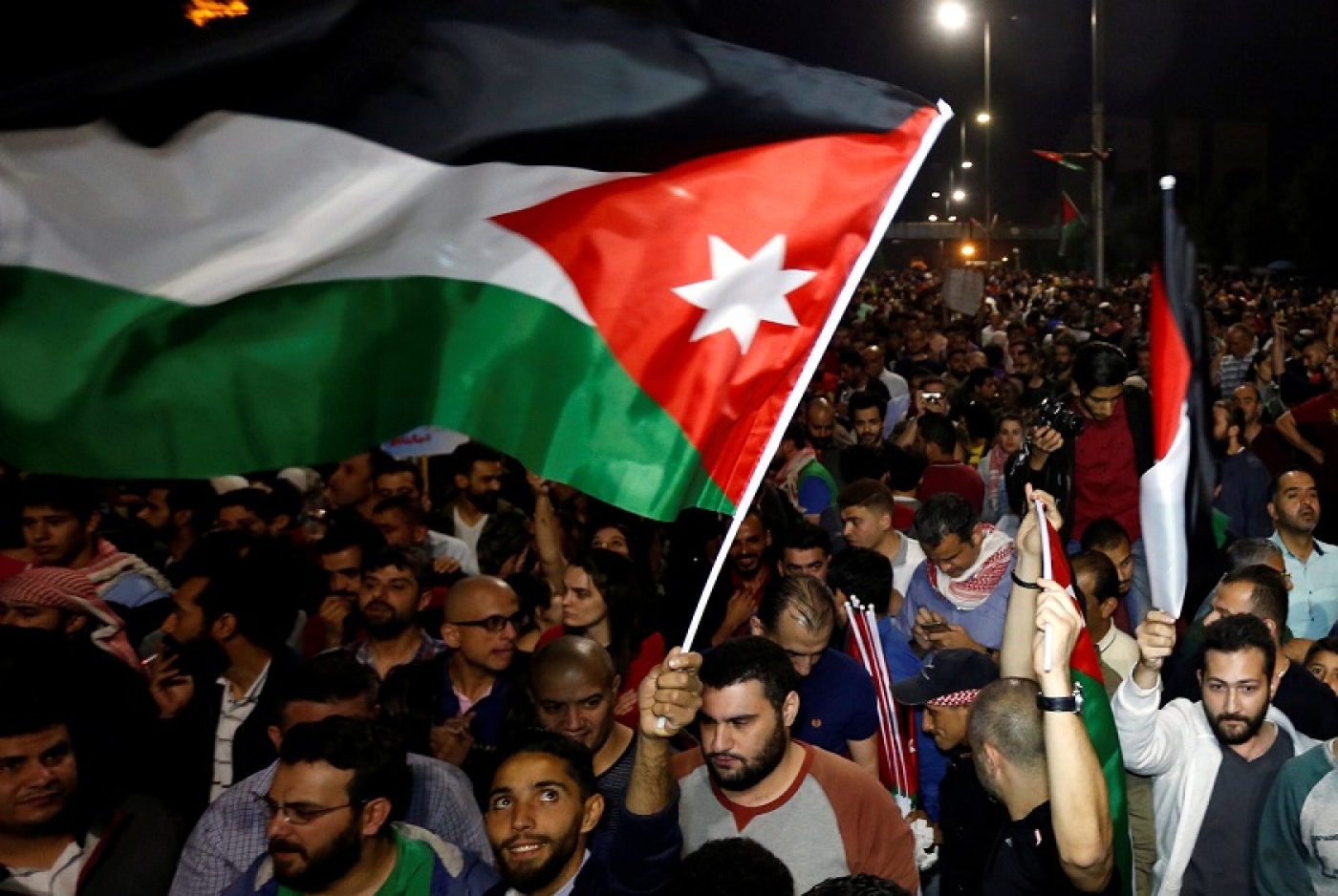 AMMAN – Hours after Jordan’s prime minister resigned on Monday in the wake of massive protests against economic reforms, Mohammad Sneed gobbled down his dinner: he needed to return to the street.

The 42-year-old father of five works at the ministry of agriculture, and says he is just not earning enough to keep up with the cost of living in the kingdom, a situation that has grown worse in recent months.

“I simply can’t take care of the needs of my simple life with a salary of JD330 ($464) when there is a major rise in prices and fees,” he told Middle East Eye on his way to join a rally in Madaba, a town south of the capital.

“We simply can’t take this economic situation in which the state’s debt is recovered from our pockets.”

Protests kicked off in Jordan last Wednesday when thousands of professionals held a strike against a proposed income tax rise. The following day, as fuel and electricity fee hikes were announced, demonstrations continued.

The measures were among those agreed with the International Monetary Fund in 2016 when it gave Jordan a $723m, three-year credit line to keep its economy afloat. The reforms have caused prices of basic goods and services to rise steadily.

By Friday, King Abdullah II shelved the fee increases, but people continued to take to the streets. Then on Monday in another effort to quell the unrest prime minister Hani al-Mulki, appointed in 2016 to fix the kingdom’s broken economy, resigned.

But protesters who spoke to MEE on Monday night said that, like Sneed, they face skyrocketing costs while their dinars have increasingly less purchase power, fear the government will only make superficial reforms, and that they have no plans to stop their demonstrations.

Since the beginning of the year, the government has enforced a host of measures that have tightened belts. They include added taxes on more than 100 products and services, increased vehicle fees and electricity costs, with the aim of raising revenue to bring down public debt.

Decades-old subsidies on many bread products were lifted, reportedly saving the government $70m annually. The minister of industry, trade and supply, Yarub Qudah, told Jordan News in January that more than a third of those benefiting from the subsidies were not Jordanians.

Protests in Jordan: All you need to know
Read More »

But as prices rose, the average monthly income in Jordan remained the same at between $704 and $845, according to the public statistics bureau.

It is in this context that protests quickly spread across the kingdom over the past six days – and will continue despite the resignation of Mulki on Monday.

Deema Kharabsheh, 27, who has been protesting outside the prime minister’s offices, told MEE: “People brought down the government. It didn’t resign voluntarily.

“Changing people doesn’t solve a problem. We will stay in the street until we can accomplish our goals of changing the economic policy which has resulted in citizens being unable to pay for the basic needs for life,” she said. 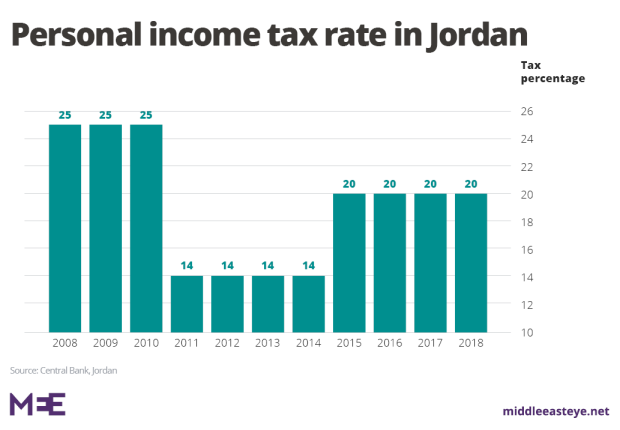 Specifically, Kharabsheh said she wants the government to cancel taxes on fuel which have reached 40 percent, cancel the proposed income tax increase and bring back bread subsidies. She also said she wants a government that includes unionists and other public figures, in addition to politicians.

Electrical engineer Muad Abu Oun, 32, said he was participating in the protests because he was growing tired of watching the kingdom’s economy deteriorate while the cost of his living skyrockets.

“Everything is expensive: food, rent, transportation, fuel - all these items rise while the salaries have stayed the same and their purchasing power has deteriorated,” Abu Oun said.

Jordan’s leadership, he said, should “change the policy which depends on raiding people’s pockets in order to ensure enough income for the government. This is why a new government will change little. People have gone to the streets because they are exhausted from the price hikes and this protest is spontaneous without any leadership or group directing them.”

Lawyer Hala Ahed said she has been out in the streets in the capital because she can no longer afford to pay for her children’s education, along with health and transportation costs. 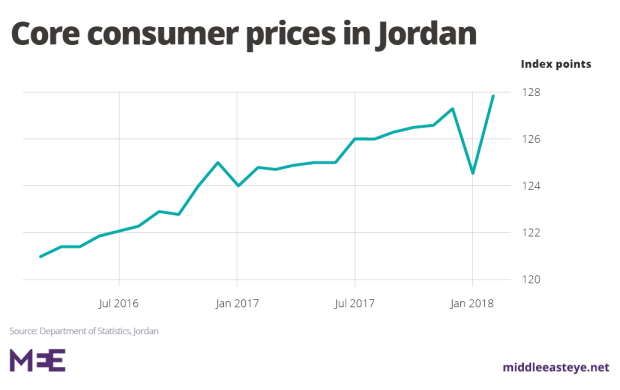 “My standard of living has been lowered. I can’t afford my basic needs including ensuring my children are educated. The bad public education has forced me to seek private schools and to buy a car in order to move around and to go to private hospitals if I need to,” she said.

“I want to demonstrate to make it clear that we the people are the source of authority and we want to reclaim our ability to make change in the presence of weak institutions like the parliament or political parties.”

Sneed, the father of five who works at the ministry of agriculture, said the current unrest reminded him of popular protests in the kingdom during 2011 which eventually produced a series of legislative changes – including a new election law and reduced authority for the king - while other countries' uprisings descended into war.

One major difference, however, is that the 2011 protests were largely driven by tribes in rural governorates while the recent protests have seen much higher participation from all of the major cities including Irbid, Aqaba, Al-Zarqa and Salt, in addition to the capital.

On Monday, after the resignation of his prime minister, the king said that he would not allow Jordanians to suffer.

“I learned from my father to be with my sons and daughters, the citizens of Jordan,” he said.

In a meeting with Jordanian journalists, he reportedly said that he was proud of the reaction of Jordanian youth over the past week which “reflected their keenness for a better future, setting up a process as to the best way forward with confidence and determination”.

On Tuesday, the king called for reviewing the new tax bill that sparked the protests.

But it will take more than the resignation of the prime minister and a reshuffle of the government to stop the protests. Jordanian political analyst Labib Kamhawi told MEE:

“We are seeing a clear, popular demand for change in the kingdom’s political and economic approach.

“People don’t want the continuation of corruption and a government that monopolises (power). They want institutions that are active in the political process. This requires a strong government which is dependent on the king and his vision.”

The government, he said, has yet to deal directly with the issues that have brought on the protests, including changing the proposed income tax law and finding a government that can restore the confidence of the people.

But, he added, there is a way out: “The king must be clear in the letter of appointment to the new government in terms of the political and economic reform. This should also include the need to dissolve the parliament and also the need to convince people that the reform process is serious.” 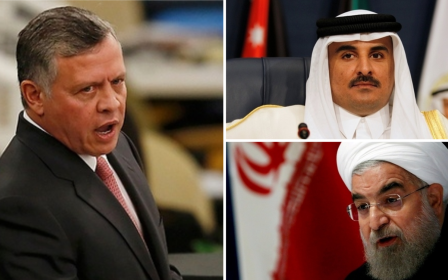 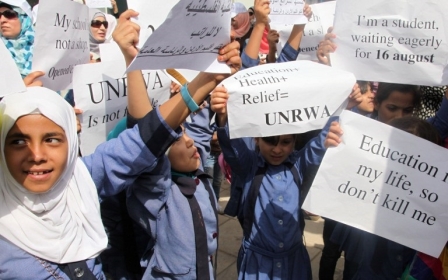 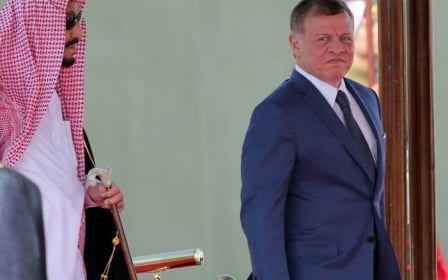