Protests in Jordan: All you need to know 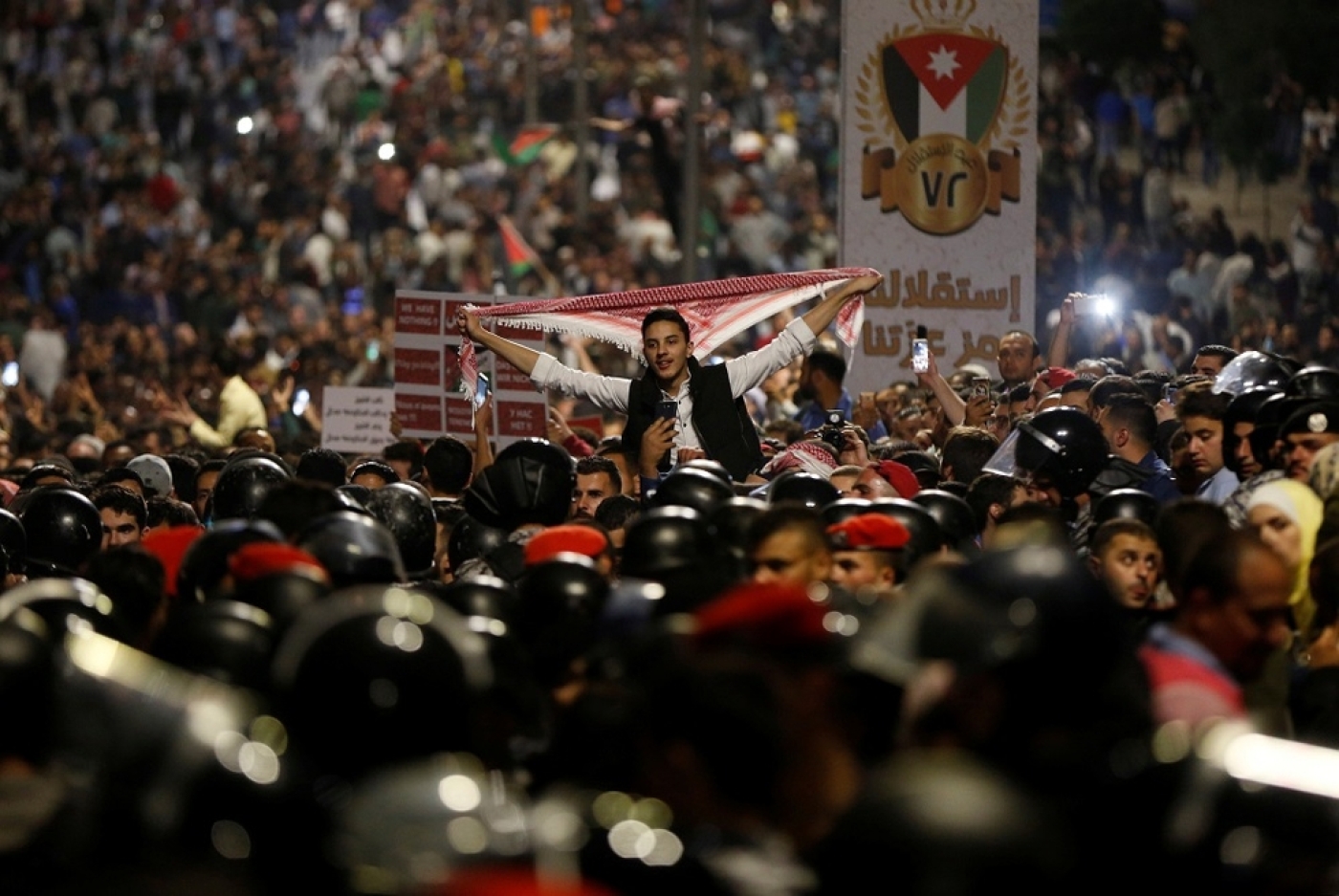 For five days, Jordanians have taken to the streets in the country’s largest protests in recent years.

In the wake of the demonstrations, Hani al-Mulki resigned as prime minister on Monday, but the head of trade unions in the kingdom said protests would continue.

Here is a guide to understanding the unrest - and what happens next:

Why are they protesting?

Jordan's economy has struggled to grow in the past few years in the face of chronic deficits, as private foreign investment and aid has declined.

In 2016, Jordan secured a $723m, three-year credit line from the International Monetary Fund (IMF). Since then, austerity measures agreed with the IMF have caused the price of basic goods and services to rise steadily.

On Thursday, the government decreed a 5.5 percent rise on fuel and a 19 percent increase in electricity prices. This would have an immediate knock-on effect on transport and food costs, among other things.

“The strikes and protests are the latest expression of long-running public frustrations against financial austerity that began a few years ago,” said Sean Yom, an associate professor of Political Science at Temple University and senior fellow in the Middle East Programme at the Foreign Policy Research Institute.

He added that they began “with the rising cost of electricity, earlier gas price increase, bread, and now the tax reform".

What would the new law mean?

The proposed income tax law would significantly lower the tax threshold and would apply to those whose yearly salaries are 8,000 Jordanian dinars, or roughly $11,000.

The government says it needs the taxes to finance public services and that the tax reforms would reduce social disparities by placing a heavier burden on high earners and have left lower paid workers relatively unscathed.

But protesters say the measures will hurt the poor and accuse politicians of squandering public funds and corruption.

Yom said: “At heart, the symbolic aspect is that this is an unelected government, stocked with technocratic elites, who are making rapid and costly changes to the overall political economy without real public consultation.”

Mulki's replacement, Omar Razzaz, will be under pressure to meet the concerns of protesters and stabilise the kingdom's economy.

Razzaz, who was officially appointed on Tuesday to form a new government, had been serving as Jordan's education minister. Previously, he was an economist for the World Bank.

Mohammad Ayesh, a Jordanian analyst who writes for Middle East Eye, said Razzaz' appointment it could go either way on Amman's streets.

"Today is really critical in Jordan. I expect protests will continue because Razzaz is a member of cabinet, so he is part of the crisis not part of the solution. But at the same time he is respected figure in Jordan."

Mulki was appointed in May 2016 to revive the kingdom's sluggish economy and business sentiment hit by regional turmoil. The tax increases caused his popularity to drop.

In recent days, Jordanians shared a cartoon of Mulki saying: "We could not fight poverty, so we will fight poor people." 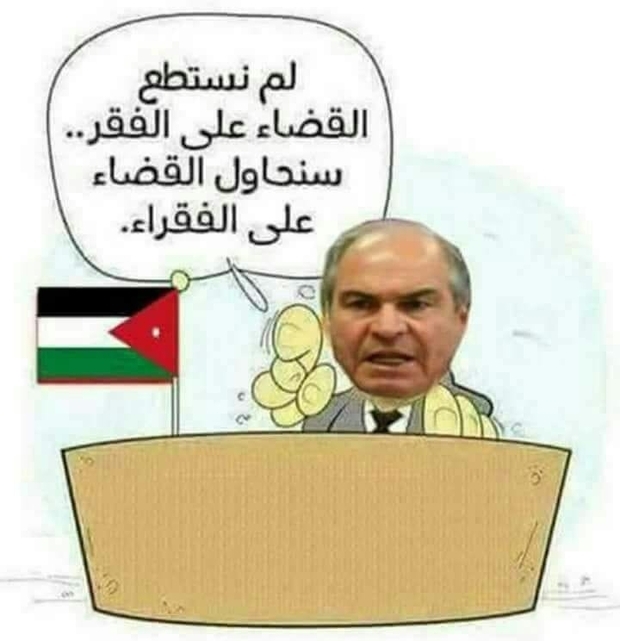 Unions representing tens of thousands of employees in both the public and private sectors have also called for another general strike on Wednesday after their demands for the bill to be scrapped were rejected by the government.

Ayesh said: "General debt in Jordan today is $35bn... that is a huge number, more than three times the annual budget."

Ayesh said the solution to this today was international aid.

"Usually Saudi Arabia pays for Jordan, but they haven't paid anything paid for long time. UNRWA has cut the cash flow to support Palestinian refugees in Jordan. Now they have to find out countries to give financial aid. Could be Saudi Arabia, UAE, Qatar or maybe Iran."

He added that price risis were a demand from the IMF and therefore must be enforced, however in order to pull itself out of recession, Jordan would need more foreign aid.

Agencies contributed to this report 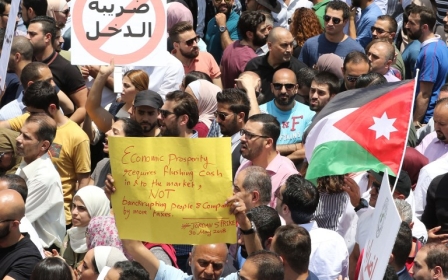 Inside Jordan
Jordan's prime minister quits - but the protests continue