'We'll be coming out of Syria, like, very soon': Trump 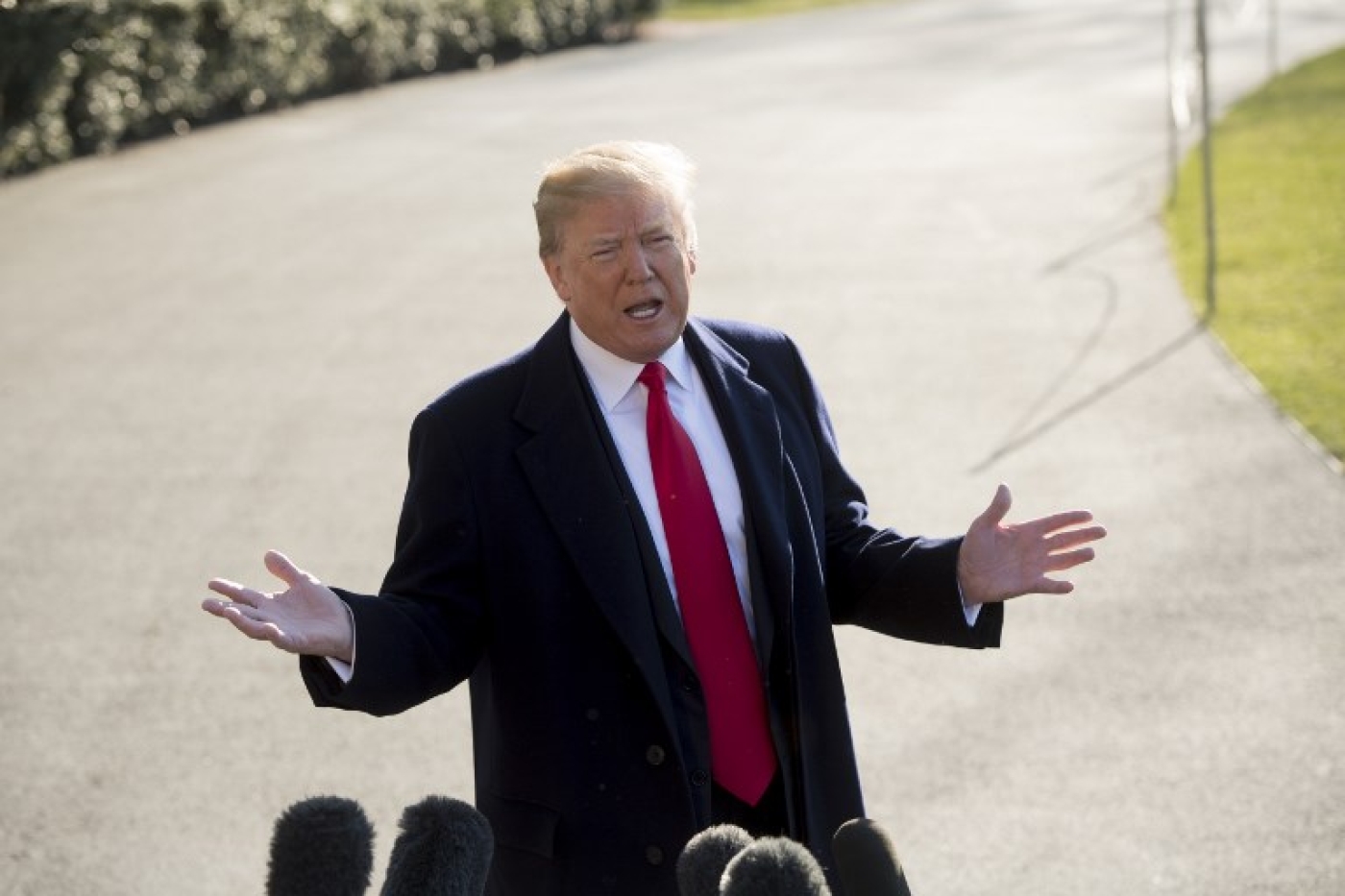 US President Donald Trump said on Thursday that US forces would pull out of Syria "very soon" and lamented what he said was Washington's waste of $7 trillion in Middle East wars.

In a populist address to industrial workers in Ohio, Trump said US forces were close to securing all of the territory that the Islamic State (IS) group once claimed.

"We'll be coming out of Syria, like, very soon. Let the other people take care of it now," he said to applause.

Trump did not say who the "other people" were who might take care of Syria, but Russia and Iran have sizeable forces in the country to support President Bashar al-Assad's government.

"Very soon - very soon we're coming out. We're going to have 100 percent of the caliphate, as they call it - sometimes referred to as 'land' - taking it all back quickly, quickly," he said.

"But we're going to be coming out of there real soon. Going to get back to our country, where we belong, where we want to be."

We're going to have 100 percent of the caliphate, as they call it - sometimes referred to as 'land' - taking it all back quickly, quickly

He did not mention whether that pullout includes a halt on air strikes on IS militants or other groups that the US has labelled as terrorist organisations. Trump also did not say whether he will stop supporting Kurdish groups fighting against IS.

The United States has more than 2,000 military personnel in eastern Syria, working with local militia groups to defeat IS while trying to keep out of Syria's broader civil war.

Trump's eagerness to quit the conflict flies in the face of a new US Syria strategy announced in January by then secretary of state Rex Tillerson - who has since been sacked.

Tillerson argued that US forces must remain engaged in Syria to prevent IS and al-Qaeda from returning and to deny Iran a chance "to further strengthen its position in Syria".

In a speech at Stanford University, he also warned that "a total withdrawal of American personnel at this time would restore Assad and continue his brutal treatment against his own people".

But Tillerson left after being dismissed in a tweet, and Trump, who increasingly makes foreign policy announcements without seeking the advice of US generals or diplomats, wants out.

"We spent $7 trillion in the Middle East. And you know what we have for it? Nothing," Trump declared, promising to focus future US spending on building jobs and infrastructure at home.