Kurds lug whisky and vodka over mountains dividing Iraq and Iran, dodging border guards, wolves and frostbite to keep up with demand 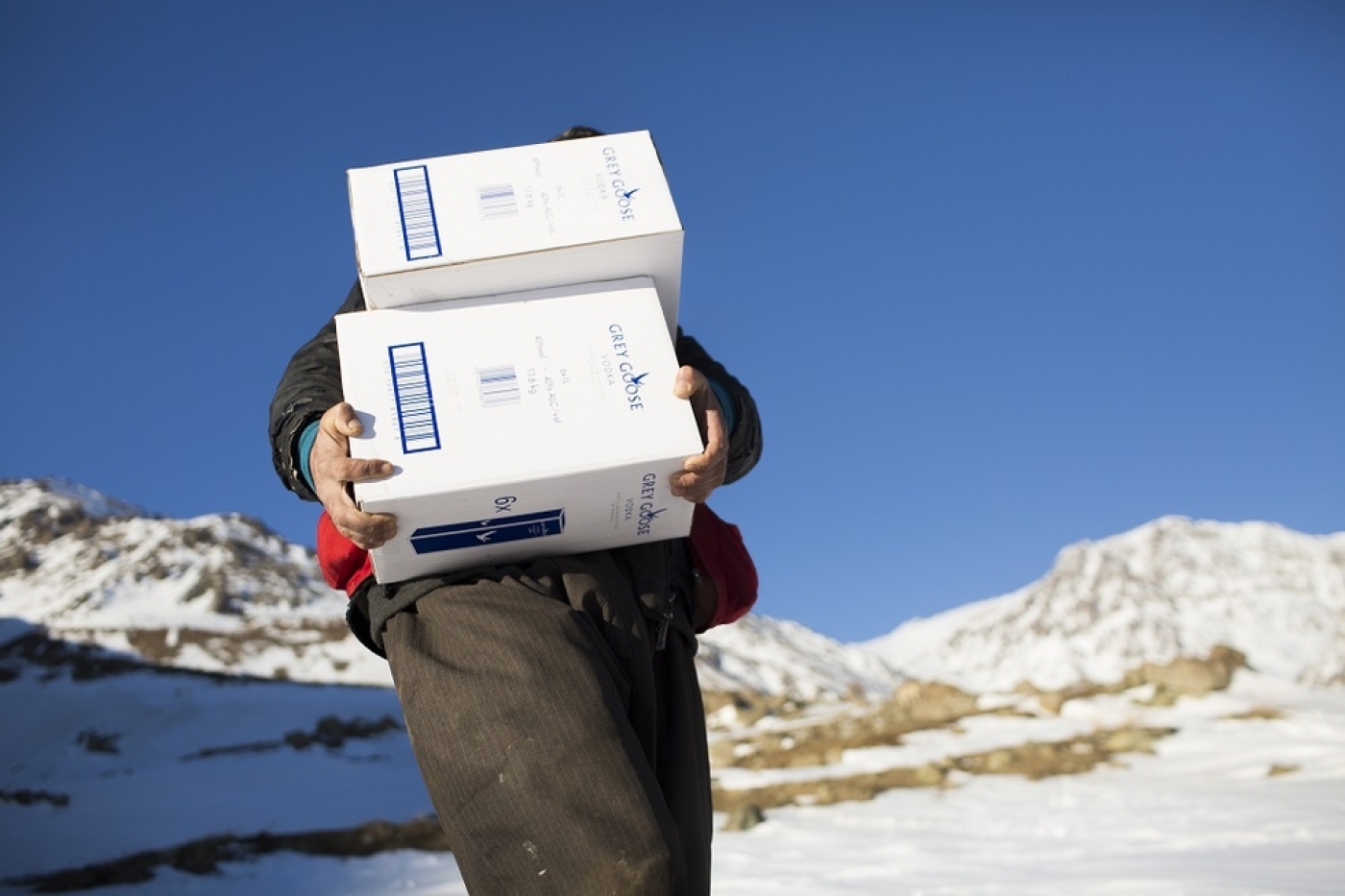 HAJI OMRAN, Iraq - Irfan kicks off his battered boots and peels away six layers of socks, revealing bruised feet beneath. He and his team have walked 10 hours over snow-covered mountains to reach a smugglers' hideout in Iraq, but there is little time for rest: Time is money, and a more hazardous return leg to Iran, laden with 40kg of cargo, awaits.

"Yaser, nine of Chivas and six of Grey Goose; Xerzat, nine of wine and nine of Grey Goose," says the foreman, marking each on a list as each man takes his burden on his back and steels himself. The team has no special hiking equipment, and the only technology they carry is a cellphone to call in their rendezvous.

In addition to the elements, they will face twitchy border guards, landmines and even vicious wolves on their return journey across the 3,000m-high peaks of the Zagros mountains.

We work during all four seasons. We never stop

But this is the job: Irfan is a Kurdish Iranian and an alcohol smuggler, and for 17 years he has catered to an Iranian thirst that is never sated.

"We carry out this work in spite of its difficulty and the enormous risk we face because we do not even have $25 in our pockets," Irfan says.

"We have no alternative to feed our families. For every journey we make about $70 each.

"If the weather is good and there is no problem, we can make up to three expeditions a week."

"We work during all four seasons. We never stop," says his colleague Xerzat, a ruddy-cheeked 18-year-old. "Whenever there is a free route we must be ready to leave."

For a country that bans alcohol, Iran's party scene is awash with the stuff. The country has a serious drinking problem. The government has estimated it has north of 200,000 alcoholics, and 2,900 people were arrested in 2015 in Tehran alone for drink-driving.

A network of rehabilitation centres have been set up to address the problems.

Irfan and his band are at the transit point for much of what finds its way into Tehran and beyond. The hideout, only a few miles from the Iraqi Kurdish town of Haji Omran, is filled with cases of contraband waiting for transport; Chivas Regal whisky, the premium vodka Grey Goose and Hungarian red wine.

Three men with AK47s guard the stash - but their main concern is the packs of mountain wolves that prowl the area, rather than rival gangs or Iranian border guards.

"The farther away from the Iraqi border, the more expensive the product," says Ismail, at 52 the eldest of the band with a decade of experience.

"A bottle of whisky does not cost the same in Tabriz as in Tehran."

As the group prepare for the return leg, they consider the dangers. According to a report released by Hengaw, a Kurdish Iranian human-rights website, 25 men have lost their lives during the first three months of 2017 crossing the mountains.

"The way back is the hardest and most dangerous," Xerzat says.

Each smuggler now has a bundle that contains 15 to 18 bottles of alcohol.

"The weight we carry depends on the capacity of each person and the weather. But we usually carry between 30kg and 40kg per person," Ismail says.

"The Iranian border guards always attack us when we return to Iran because they know we are loaded and it is more difficult to flee.

"Once the Iranian soldiers saw us and started to fire at us. We had to spend all the night hidden and silent, with no food. I had little energy left and my toes suffered frostbite.

"We cannot use any light to guide us or smoke because the border guards could detect us," Ismail says.

You cannot see even two metres in front of you. That is why some people are left behind and die frozen

Smugglers say another danger lies beneath the snow - landmines buried during the Iraq-Iran war from 1980 to 1988 make necessary the presence of a guide who knows the route inside out.

"When the snow storms are intense you cannot see even two metres in front of you. That is why some people are left behind and die frozen," Ismail says.

"When there is not too much snow and the weather conditions are good we use horses to carry the bundles. But the animals also get shot at by the Iranian guards and are vulnerable to wolf attacks.

So why do men like Irfan, Ismail and Xerzat undertake such a hazardous task to fuel the forbidden lifestyles of Iran's underground drinkers? It all comes back to money.

All of the group are from Piranshahr, a city of about 100,000 people just a few miles from the Iraqi border.

Its poverty and jobless rates are far higher than the Iranian average, and jobs paying even the minimum wage of $248 a month are hard to find.

Irfan and his team earn far more than that but, inevitably, the lion's share of the profits go to the men at the top - the bosses who let others do the dirty work.

Those who shoot us, are the best alcohol buyers and drinkers

Smugglers also pay the Democratic Party of Iranian Kurdistan (PDK-I) and the Kurdistan Free Life Party (PJAK) a "revolutionary tax" to ensure their routes are clear and business does not run into any other difficulties.

Irfan says the situation is down to the repression of Iran's Kurdish minority.

"If you reject the regime's system, you do not have any job opportunity," he says. "That's why the situation in the Kurdish areas of Iran is terrible."

As for the men who try to kill them, "Those who shoot us, are the best alcohol buyers and drinkers," he says.

But the team's thoughts are not on revolution or the hypocrisy they say they face - all are focused on survival in the here and now.

"When we cross the Iranian border, we will arrive at a village from where we will make a phone call, and in a matter of minutes several vehicles will arrive to load all the packages - and we disappear," Irfan says.

If all goes well, the team will send a Telegram message to their handlers on the Iraqi side in two days time. Until then, they are on their own, and there are no friends in the mountains. 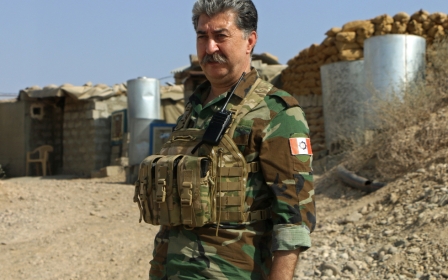 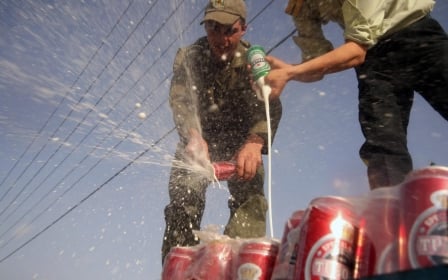