The White House has prohibited CIA Director Gina Haspel from appearing before the United States Senate to brief the lawmakers on journalist Jamal Khashoggi’s murder, The Guardian reported on Tuesday.

The newspaper, citing unidentified officials, said a classified US Senate briefing on Wednesday by Secretary of State Mike Pompeo and Secretary of Defence James Mattis on US relations with Saudi Arabia would not include Haspel.

The exclusion of Haspel is uncommon and signals an ongoing rift between US President Donald Trump and his country's intelligence officials over the Khashoggi murder.

Last week, Trump vowed to remain a "steadfast partner" of Saudi Arabia despite the murder, saying both Saudi King Salman and the crown prince deny they had any prior knowledge of the journalist's killing.

On Tuesday, Trump's national security adviser, John Bolton, denied the Guardian's report that the White House blocked Haspel from appearing before US senators.

“Certainly not,” he told reporters, leaving it unclear, however, why there would be no intelligence official present at Wednesday's briefing.

In a wide-ranging conversation with the Washington Post on Tuesday, Trump once again defended bin Salman and reiterated his "maybe he did, maybe he didn't" line when talking about the crown prince's role in Khashoggi's murder.

Bin Salman "denies it. And people around him deny it. And the CIA did not say affirmatively he did it, either, by the way," Trump said.

A Senate staffer told the Guardian that a senior intelligence official is always present at these types of meetings.

“It is totally unprecedented and should be interpreted as nothing less than the Trump administration trying to silence the intelligence community,” the staffer told the Guardian.

The Senate briefing on Wednesday will be focused primarily on Saudi Arabia's involvement in the war in Yemen, but US senators hope to also address the Khashoggi case.

Haspel travelled to Istanbul last month to hear audio recordings of the murder of Khashoggi, a Saudi insider-turned-critic and prominent columnist for the Washington Post who was killed inside his country's consulate in Istanbul on 2 October.

According to a Middle East Eye report, the audio recordings reveal that it took Khashoggi seven minutes to die.

Saudi officials have repeatedly denied that the crown prince had any knowledge of the plan to murder Khashoggi or cover up the crime, but human rights groups, journalists, UN experts and others have pointed the finger at bin Salman, saying it's impossible he was not involved.

Turkish media reported last week that the CIA is in possession of a recording of a phone call in which bin Salman, also known as MBS, gave instructions to "silence Jamal Khashoggi as soon as possible".

Turkish news website Hurriyet Daily News reported that Haspel herself indicated last month - while in Turkey to probe the Khashoggi case - that the US intelligence agency had monitored the call, which was between the crown prince and his brother, Saudi Ambassador to the United States Khalid bin Salman.

Ned Price, a former CIA official who assisted President Barack Obama, said "the public doesn’t often get to see the suppression of intelligence, but this is what it looks like".

Karen Attiah, Khashoggi's editor at the Washington Post, accused the Trump administration of “trying to cover up MBS’s bloody mess”.

The "White House is doing its damndest to aid the Saudi regime," she wrote on Twitter.

That the White House is doing it’s damndest to aid the Saudi regime in the coverup of a murdered @washingtonpost writer should chill every person in this country. #khashoggi

Joseph Bahout, a non-resident scholar at the Carnegie Endowment of International Peace, a global think tank, said efforts to stop Haspel from speaking about the Khashoggi case are an indication of growing divisions between the White House and the US intelligence community on Saudi Arabia.

“This will only add to the #US [intelligence] community’s animosity towards the president,” Bahout tweeted. 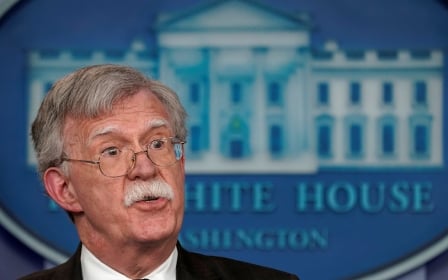 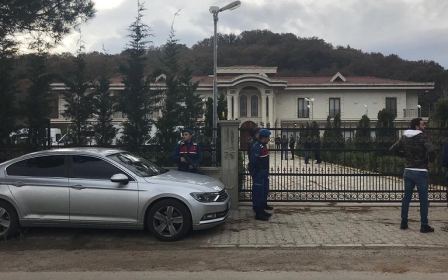