Germans of Turkish descent, the country's largest minority group, struggle with identity in the realm of sport 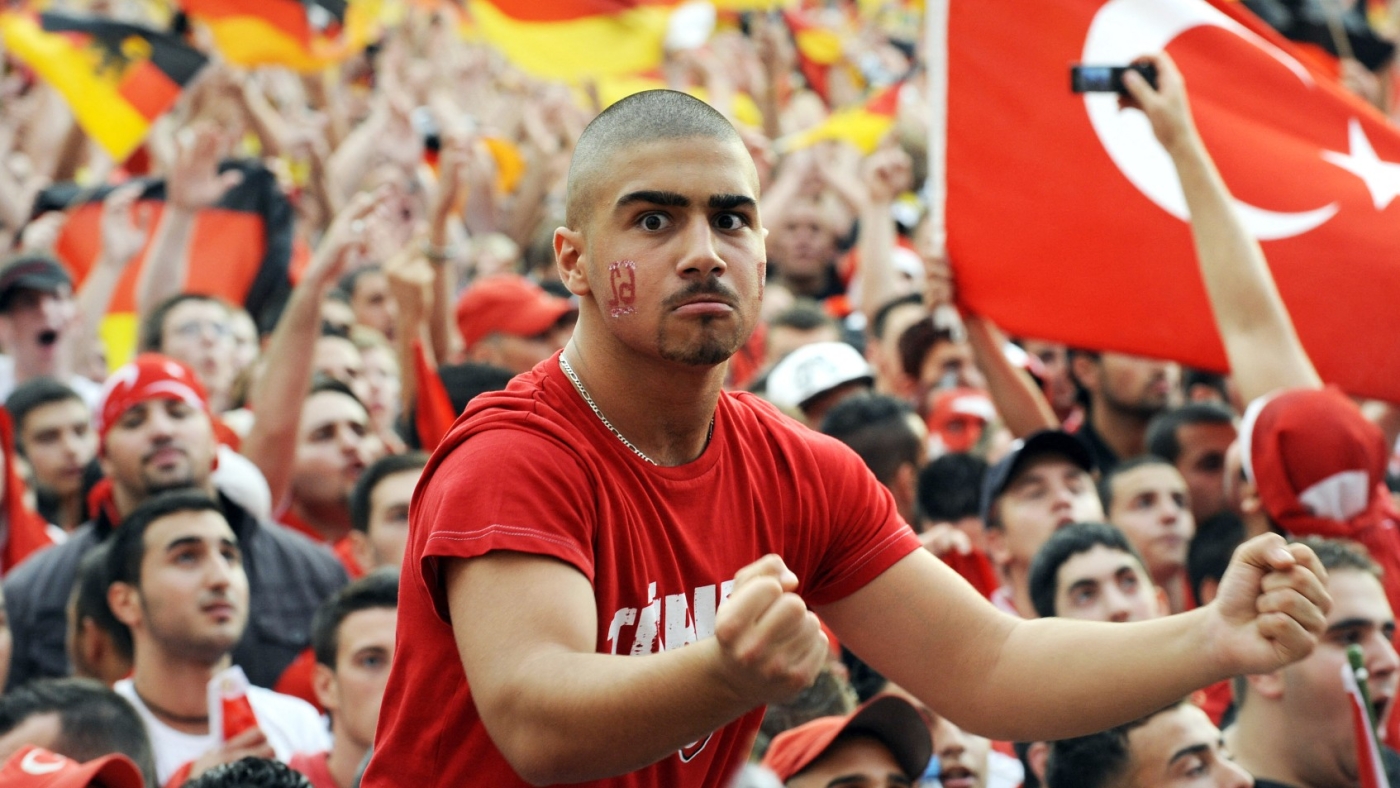 According to estimates, almost four million people of Turkish descent live in Germany (AFP/File photo)
By
Sal Ahmed
in
Berlin

The former Hertha Berlin midfielder passionately cheers on the team, hoping to inspire one of the youngsters to emulate the path set by himself and Mehmet Scholl, a German-born Turkish footballer who won an unprecedented eight titles with Bayern Munich.

It's a nice club, he told Middle East Eye, whispering: "It's a small club. No racism here. They're nice, fair people, tolerant of others."

His words ring true. Looking across the touchline, there are a few mothers in headscarves at the beautifully turfed ground which sits just a few miles from the mainly Turkish neighbourhood of Neukolln.

Football has a powerful cross generational appeal in Germany, but especially so within Berlin's Turkish community.

The Bundesliga has seen the meteoric rise of German-born Turkish stars such as Mesut Ozil and Ilkay Gundogan. Still, Sezgin suggests the development of minority or Turkish-influenced football points to local struggles for multiculturalism that often elude discussions of integration.

In the 80s and 90s, young Turkish boys knew their place, he said. "In the old days, with someone like me, there were two problems: first, I was Turkish and second, I was Muslim."

Sezgin was an early inspiration for many young Turkish German children and while his dreams of playing for the national side never materialised, he hopes there will be a level playing field for his son's generation.

According to German government statistics from 2016, only 246,000 German Turks hold German citizenship, leading many to suffer an identity crisis, Sezgin laments.

Several generations of Turks live in Germany on long-term or permanent residencies, which may suggest why there is little to no loyalty to Germany, he added. 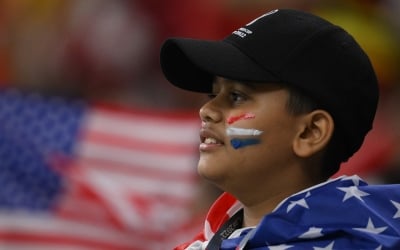 Aslihan Yesilkaya, the co-chairperson of the Turkish Association of Germany, told MEE that "among the varying degrees of problems [the community faces], identity crisis is big among German Turks".

"In a recent anti-racism survey, 65 percent of the respondents said they experienced discrimination or know someone who has. Every time we've tried to talk about racism and discrimination we have been ignored. Germany does have a problem with structural racism, it's in the school, in the workplace, and in society."

According to a 2019 Federal Employment Agency report, 46 percent of Germany's 2.27 million unemployed represented ethnic minority communities, despite the fact that those communities only make up 23 percent of the population.

The agency also found that people with 'foreign-sounding names' were 24 percent less likely than those with German names to be called in for job interviews.

"The Turkish German community suffers from lasting generational trauma," Yesilkaya said. "Stories of discrimination and racism spanning a lifetime are not uncommon."

Yesilkaya's Turkish Association of Germany is a voluntary body which advocates on behalf of Germany's Turkish community. Yesilkaya, 35, is a lawyer by profession. Her inspiration to give back to her community comes from years of discrimination she suffered since school.

In Germany's two track education system, teachers decide if their child-student has the acumen and the aptitude to go to university. Depending on the teacher's appraisal, a child can be put through what is known as the 'Gymnasium' school system – which readies a child for further university education.

However, should a teacher decide a child is not good enough to go to university, they will be pushed through the 'Hauptschule' track, which means they go into a special system which gets them ready for a life of skilled labour.

'Even with Ozil - when he played well he was German, when he didn't, he was Turkish'

This crucial decision is made when the child is just 11.

Historical patterns suggest that children from immigrant backgrounds usually end up in vocational training centres learning some variety of skill to be employed in Germany's industrial base.

A 2013 report by the Open Society Justice Initiative suggests that while 50 percent of white German school children managed to go through the more-thorough education stream, less than 33 percent of children from migrant families managed the same.

Katrine Thomasen, an advocacy officer with the Open Society Justice Initiative, said "evidence demonstrates that children of Turkish, Kurdish or Arabic backgrounds - known as 'migrant' children in Germany even if they are the second or even third generation of immigrants - wind up in disproportionate numbers in the lowest level, Hauptschule, condemning them to a cycle of marginalisation".

Back on the football field, Sezgin is carefully optimistic over his son's future.

"Players like Ozil and others opened the door for our children. Now, hopefully, they too can play for bigger clubs and the national team," he said. "But even with Ozil - when he played well he was German, when he didn't, he was Turkish."

Ozil came under renewed criticism after Germany lost 2-0 to South Korea at the 2018 World Cup and crashed out at the group stage, as well as his meeting with Turkish President Recep Tayyip Erdogan.

The former Real Madrid and Arsenal star quit the national team, citing the "racism and disrespect" he faced, and defended his right to meet Erdogan. "For me, having a picture with President Erdogan wasn't about politics or elections, it was about me respecting the highest office of my family's country," he wrote on Twitter.

"My job is a football player and not a politician, and our meeting was not an endorsement of any policies. The treatment I have received from the DFB and many others makes me no longer want to wear the German national team shirt. I feel unwanted and think what I have achieved since my international debut in 2009 has been forgotten."

Ironically, one South Korean player in that 2018 World Cup team which beat Germany had his own score to settle. Speaking to a UK newspaper earlier this year, South Korean Golden Boot winner and Spurs striker Son Hueng-min revealed the racism he was subject to as a teenage footballer after joining Hamburg's youth team in 2010.

He said his most memorable career moment was South Korea's stunning victory over Germany and how he felt he avenged the years of racism he suffered while playing in Germany.

While Sezgin dreams of his son playing for the German national team, he admits, "boys from minority backgrounds need to be remarkably better than white German boys to make it into any team". 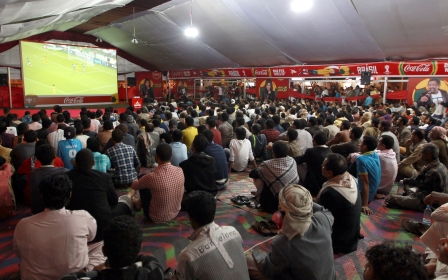 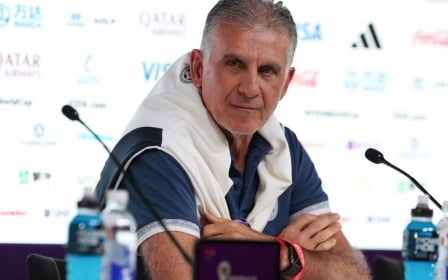 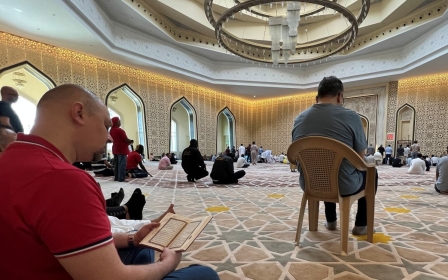