How Dubai is winning big at the 2022 Qatar World Cup 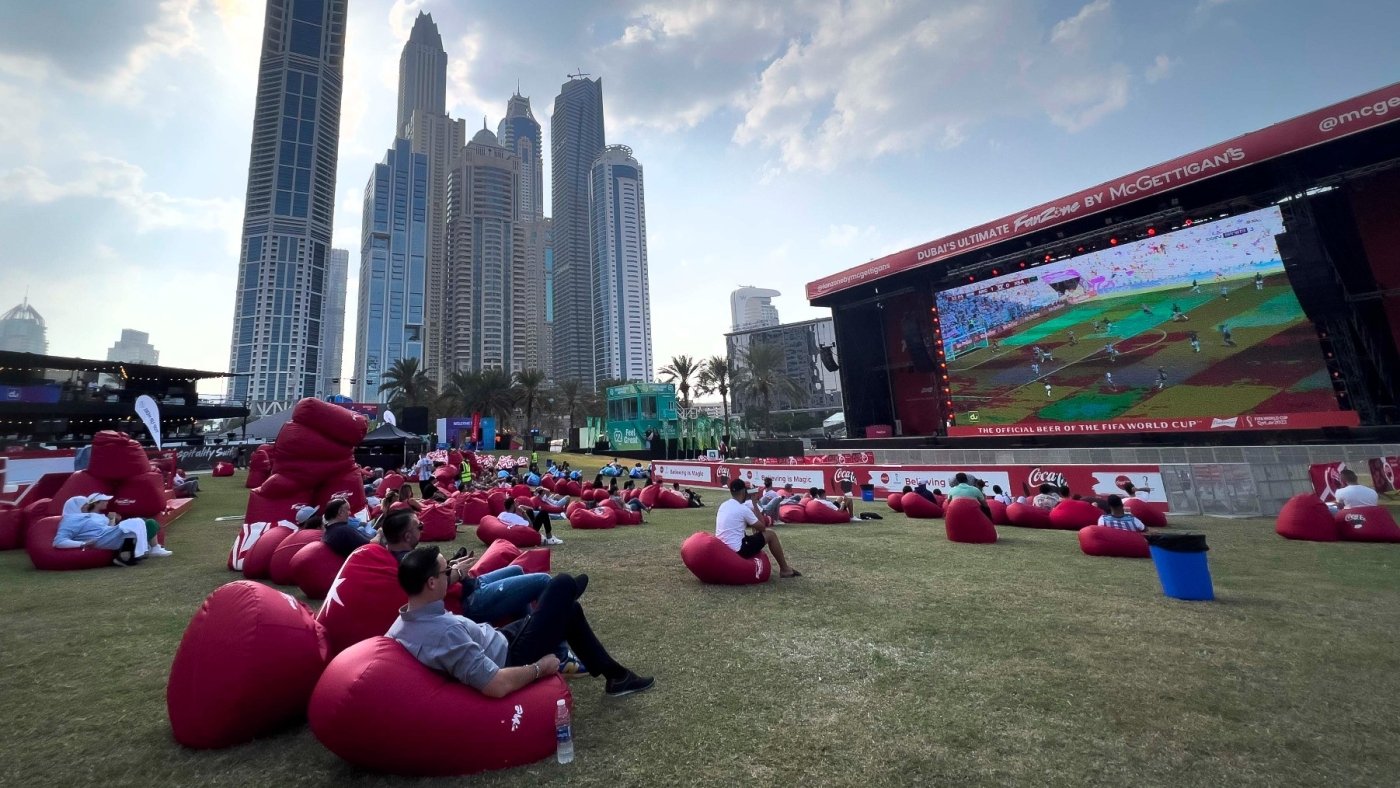 World Cup host Qatar is not the only Gulf country benefitting from the influx of football fans to the region. Across the water, neighbour and erstwhile rival the United Arab Emirates (UAE) has been attracting tourism and business to its shores too, without having spent billions on hosting an international tournament.

The UAE's airports are teeming with fans either catching one of the 120 daily shuttle flights to Doha, or returning from the tournament.

Dubai, in particular, appears to be capitalising on the surge in tourists to the region.

Hotels and restaurants have erected giant screens for fans to watch the matches. Outside Dubai Mall, sportswear giant Adidas has setup an interactive World Cup fan experience in the shadows of the Burj Khalifa.

For those who prefer to enjoy the cool December evening air, eateries in downtown Dubai, the Palm and Festival City are reserving special tables near big-screen TVs.

Less than two years ago, all of this would have been unthinkable.

In 2017, the UAE joined Saudi Arabia, Bahrain and Egypt in cutting ties with Qatar and imposed a blockade on its neighbour over allegations that it supported "terrorism" and had close relations with Iran.

'The Qataris are the ones picking up the tab, having spent billions and billions, but the benefits are coming more or less for free to Dubai'

Doha denied the charges and said the boycott was an attempt to curtail its independence.

Qatar incurred heavy financial losses as a result of the embargo - estimated at around $43bn - with restrictions on movement splitting family ties that went back centuries.

The blockade lasted for more than three years, until January 2021, when Riyadh agreed to a Kuwait-US brokered deal to resolve the conflict.

Andreas Krieg, an assistant professor at the Defence Studies Department of King's College London, said that at the height of the blockade even expressing support for Qatar was criminalised in the UAE. If the blockade was still in place, it is highly unlikely the UAE would be acknowledging the World Cup.

"There wouldn't even be a possibility of having shuttle flights from Dubai."

The World Cup has become a prime example of the close relationships Gulf countries can enjoy when they band together.

Dubai has been able to enjoy a considerable economic boost thanks to the tournament while fronting little of the actual financial burden, Krieg said.

"The Qataris are the ones picking up the tab, having spent billions and billions, but the benefits are coming more or less for free to Dubai."

A prominent businessman in Dubai told MEE that when combined with last year's Expo, the Qatar World Cup would help Dubai reach its goal of enticing 25 million visitors to the city by 2025.

He said his firm expected an increase in traffic to its money exchange services, as well as full occupancy in its apartment projects.

"We started to see the growth in numbers starting from the week before the opener. The number of transactions across our branches spiked by nearly 25 percent right off the bat," he told MEE on condition of anonymity because he is not authorised to speak to international media.

His other family business, a restaurant and shisha cafe, was also faring well.

He said the uptick in business was almost entirely thanks to UAE residents and that as the final draws closer, his staff were ready to deal with increasing numbers of patrons. 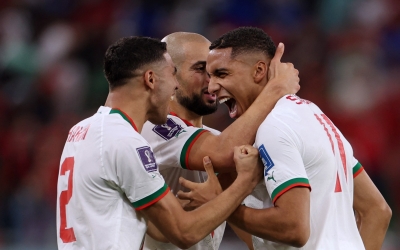 Doha too, is benefitting from the normalisation of ties.

Despite billions in investment and more than a decade of planning, the gas-rich nation would without the UAE have struggled to provide accommodations for the millions of fans flying into the country.

And in turn, the UAE is using its status as a tourist destination and proximity to Doha in a way that helps both nations.

Low-cost carrier FlyDubai is offering up to 48 daily shuttle flights to Doha at a rate of $250 for economy class and nearly $1,000 for business class for the 70-minute journey.

Du, one of the three mobile phone providers in the UAE, has also taken out Twitter ads featuring special roaming packages specifically targeted at fans heading to Qatar.

Sporting goods chains at the Dubai Mall and the Mall of the Emirates have erected Qatar 2022 displays, including cutouts of the Doha skyline, to push shoppers to purchase their favourite team's kit.

"The fact that Dubai was able to be a co-host for Football fans across the world was truly a blessing for our country," the businessman said.

Dubai's hotel industry is also feeling the effects of the World Cup.

Even months before the tournament, accommodation in Doha was extremely difficult to come by, with hundreds of fans having to resort to booking container suites created especially for the tournament.

When Qatari officials dropped the requirement for fans to spend at least 48 hours in the country, many quickly chose to stay in the more glamorous Dubai.

The Dubai Sports Council estimates that one million additional visitors will enter the city over the course of the month-long tournament. 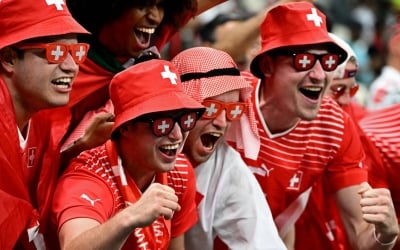 Yaman, who works at the check-in desk of the Crowne Plaza Hotel on Sheikh Zayed Road, told MEE that the World Cup had created a perfect storm of guest activity at the city's hotels.

"Right now, it's high season and the end of the year is approaching, and the World Cup is happening in Qatar, normally just one of these things would drive prices up, now imagine all three at once," he said.

Guests at the hotel have noticed the price hikes, with some commenting that in the space of a day prices can increase by $70 to $150 dollars for a single-night stay.

Other hotel workers said that they had seen an influx of visitors from Mexico, whose national team failed to advance from the group stages.

Yaman said things will only get more hectic as the December 18 final gets closer: "It will be like a war then. You won't be able to get through the lobby." 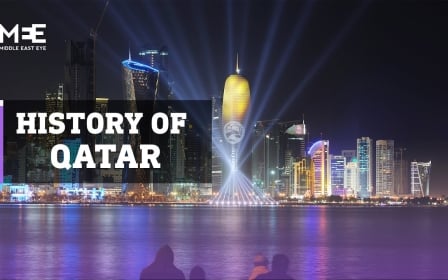 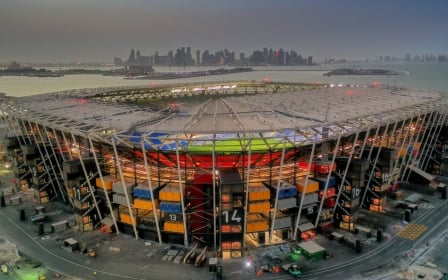 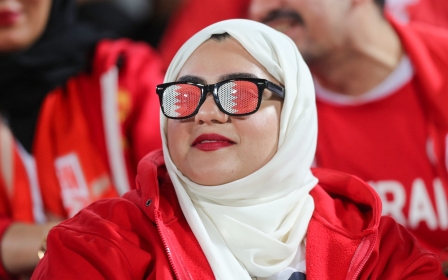