Around 3,000 Yazidi were subjected to kidnapping and sexual slavery by the militant group 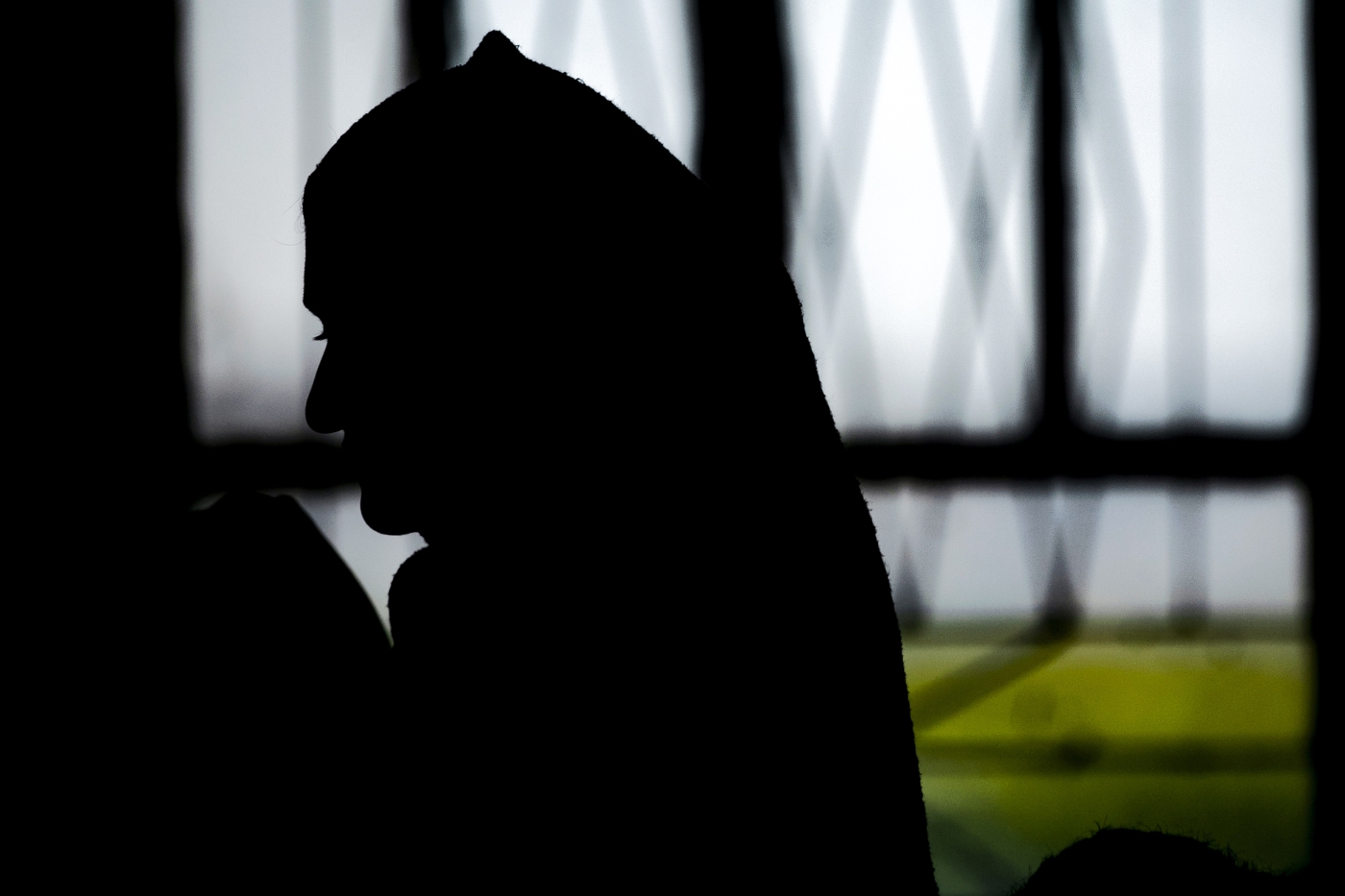 The main Yazidi religious body has issued an "historic" decree welcoming the children of Yazidi women raped by Islamic State (IS) group members into the fold of the religion.

The edict was issued by the Yazidi Supreme Spiritual Council on Wednesday, in a move designed to help the thousands of women who were subjected to sexual enslavement by the militant group after its rise to power in Iraq in 2014.

Survivors of sexual assault in Iraq, where thousands of Yazidis were captured or killed by IS in August 2016, have historically faced stigma from their communities, and children born out of rape have often not been accepted into the fold.

The Yazidi community generally only accepts membership of the faith if it is passed down through both the mother and father.

A number of Yazidi women have chosen to abandon their children in Syria rather than attempt to return back with them - something the council said it would rectify.

"The council has sent Yazidi clerics to Syria to follow up on the issue and to bring all the survivors home," the council said in a statement.

"We have accepted that what happened to them was out of their control."

The decree was praised as an "historic move" by Murad Ismael, executive director of Yazda, an organisation that provides support to Yazidis.

"However, it won't be possible, in my opinion, for these women and children to live in Iraq, for many many reasons," he tweeted.

"Therefore, after initial retrieval from captivity, we will ask the international community to provide resettlement opportunities. We think this is the best."

"Every Yazidi woman has the right to raise her child if she wants. It is the woman’s choice," they said in a tweet.

"FYF is glad this announcement is public, now discussions can be open, instead of behind closed doors, like at our center."

The brutality inflicted upon the Yazidi community during their assault on the Iraqi province of Sinjar by IS in 2014 shocked the world.

The slaughter of as many as 5,000 Yazidis in the Sinjar Massacre in August 2014 has been characterised as genocide by the UN.

An estimated 3,000 women and girls were kidnapped and forced into sexual slavery.

On 7 April, Iraqi President Barham Salih sent a draft bill to parliament that would see the killing of Yazidis officially recognised as genocide and guarantee support to female survivors.

“The draft bill presented to parliament guarantees the rights of female Yazidi survivors of ISIS. It proposes they get [a] monthly allowance, rehabilitation and to ensure a dignified life,” the president’s office said in a statement.

Speaking at the UN Security Council on Tuesday, human rights lawyer Amal Clooney - who is representing IS survivor Nadia Murad among others - said she was requesting the transfer of a female member of the militant group, Umm Sayyaf, to stand trial for her role in the sexual enslavement of Yazidi women, as well as US hostage Kayla Mueller.

Umm Sayyaf is believed to be held in the custody of the Kurdistan Regional Government (KRG) in northern Iraq.

“Umm Sayyaf showed no solidarity with her fellow females: she locked them in a room, instigated their beatings and put makeup on them to ‘prepare’ them for rape,” Clooney said.

She said she was requesting her transfer to the US to face trial.

“If this august body cannot prevent sexual violence in war, then it must at least punish it,” she said.

“This is your Nuremberg moment.”