Emad al-Sakkaf has long hoped for alternative energy in Yemen. Now, due to a Saudi-led blockade, Yemenis turn to solar power out of necessity 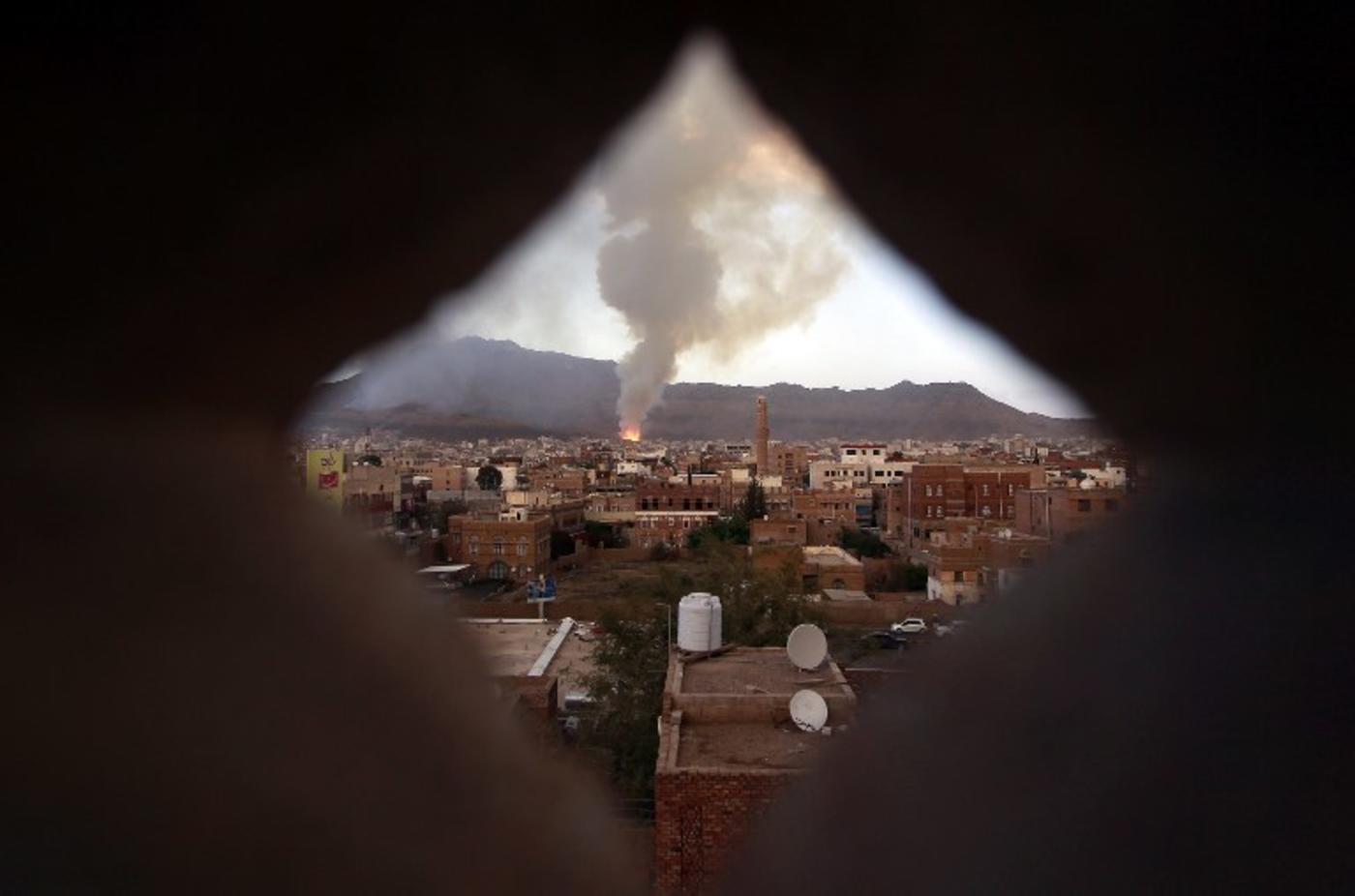 SANAA - Since launching his small solar business a couple of years ago in Sanaa, Emad Adel al-Sakkaf has tried to get people excited about alternative energy sources. It has been a challenge for him. Yemen’s populace has little disposable income to invest in such projects and government policies have maintained a status quo of dependency on fossil fuels.

Now al-Sakkaf cannot keep up with a voracious demand for home and office solar panel installations. But this business boom has come at a heavy cost - that of war.

“As bombs are being dropped, I am installing solar panels,” said al-Sakkaf.

The 30-year-old, whose optimistic spirit is never in short supply, sounded uncharacteristically exhausted in a phone interview. The almost two-month long Saudi-led aerial bombardment of Yemen has taken its toll on al-Sakkaf and the 26 million other Yemenis whose daily routines have found a new and unwelcome rhythm. Everything revolves around ongoing fighting.

“People are sitting in darkness,” al-Sakkaf said. “They cannot even charge their phones.”

For weeks aid agencies have warned of the calamitous situation on the ground for citizens. Yemen’s major airports, some damaged by fighting, remain closed while fighting rages across the country. Saudi Arabia’s attempts to blunt advancing Houthi forces backed by military men loyal to former President Ali Abdullah Saleh have brought Yemen to a standstill.

While Yemen is currently in the middle of a precarious five-day Saudi ceasefire to allow much-needed aid into the country, it has been devastated by the air and naval blockade that has blocked essential food and fuel from entering the country.

Food prices have skyrocketed. Consistent and affordable water and cooking gas supplies have become an uncommon luxury. And residents in the capital, Sanaa, are thankful if they see a couple of hours of electricity each day.

That is where al-Sakkaf and an increasing number of solar vendors come in. Yemenis, in an act of desperation, have turned to the sun to power their homes in an attempt to restore some normalcy to their lives.

“There is a lot more despair. People realise that the power cuts are a long-term issue, not short-term,” said Wesam Qaed, the executive director of the Small and Micro Enterprise Promotion Service (SMEPS), a development agency that has been tracking the solar industry.

Yemen has long suffered debilitating blackouts. For many of the country’s rural residents, electricity is a commodity reserved for urban dwellers. Those who could afford it turned to fuel-guzzling and noisy generators, but as Qaed puts it, an unprecedented number of households “are down to their last litre”.

Sales of solar panels have increased by over 2,000 percent, according to a small survey conducted by SMEPS, since Saudi Arabia began its aerial campaign

The al-Ethad electronics shop on Hadda Street in Sanaa is an example of what Qaed explains as a trend away from specialty shops selling solar services to shops that have grown reliant on solar panel sales in recent weeks.

“Eighty percent of what we sell these days is solar,” said Mahmood al-Qadasi, a manager at the store.

He says customers are weary of the price of installing solar systems in their homes, but are buying anyway. Demand for them has quadrupled the price of panels in many places.

“You cannot get a vendor to write down a [price] quote because by the afternoon, it will be [higher],” said Qaed.

Al-Sakkaf, like most solar enthusiasts, has long justified the price of solar energy as an investment that pays off in the long run. But even he admits that given Yemen’s economic near-isolation from the world brought on by the blockade, Yemenis are reaching deep into their pockets to afford electricity options these days.

“Houses have a limited income and so they have to eliminate something else to get a solar system,” he said.

Yasser, who asked that his last name not be used, lives in Sanaa. His house is the only one in the neighbourhood that can be lit at night, he explained.

At first, his family debated whether to invest in a solar system for their home. The $9,000 they spent on the equipment, some family members argued, could have been used to evacuate them from Yemen - either buying coveted spots on the few planes that have managed to secure clearance at Sanaa’s airport or on a boat to neighbouring nations across the Gulf of Aden like Djibouti and Somaliland.

But in the end, Yasser said the decision was an obvious one.

“We knew we had to stay to survive. In order to survive, we need electricity. The only resource we have [left] is the sun,” he said.

The family man said he acted quickly after making the decision because he knew vendors wouldn’t be able to maintain their solar panel supplies for long.

Although alternatives like solar have served as a lifeline to those who can afford it, vendors are facing uncertainty about how to keep the trade alive as the naval blockade hinders the replenishment of imported solar stocks.

Adeeb Qasem, a local entrepreneur and business advocate in Sanaa, said it’s not just physically getting the equipment into Yemen that is inhibiting the ability to keep up with demand. Ongoing violence, he says, has made it nearly impossible for businesses of any sort to access foreign currency, make international transfers and obtain bank guarantees to pay for imports.

Al-Sakkaf, whose Facebook and WhatsApp accounts are now constantly full of requests for his services, says he has had to turn down hospitals that are in desperate need of energy sources to run their equipment, such as X-ray machines. Al-Sakkaf simply cannot get large enough panels for hospitals into the country.

However, Qaed remains hopeful that products may be able to enter the country soon and begin filling the gap in the market, but it remains to be seen.

While not easy at the moment, al-Sakkaf says a focus on the potential for alternative energy in Yemen in the future - when fighting comes to a permanent end - keeps him motivated.

“This has been an opportunity to teach people about solar,” he said. “Maybe one day Yemen will have the biggest solar company in the world. Why not?” 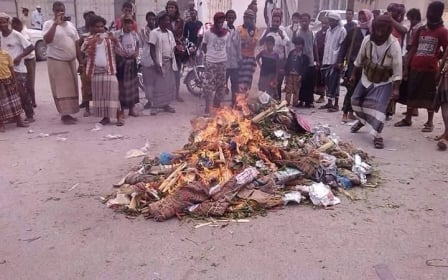