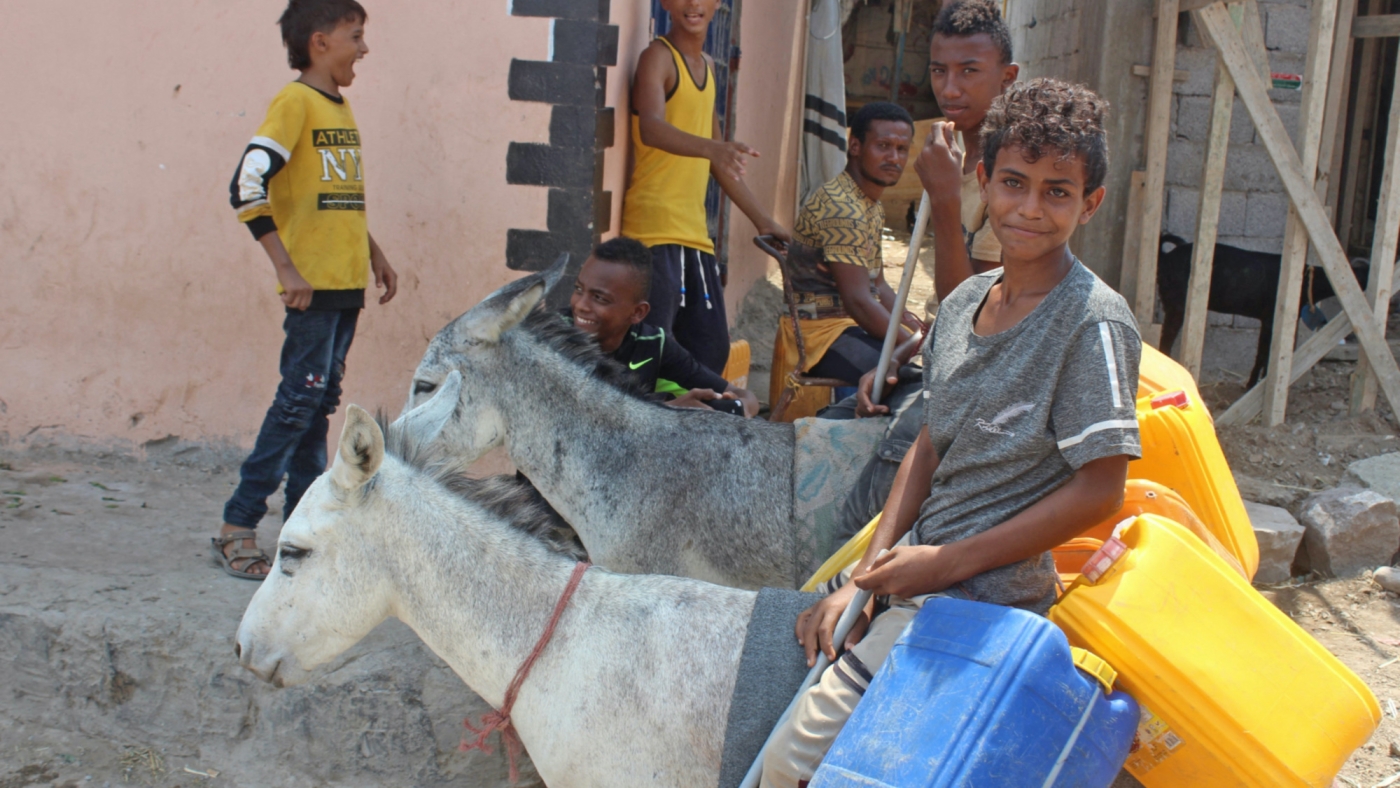 Yemeni youths with their donkeys carrying plastic jerrycans pose for a picture in Aden, on 16 September 2020 (AFP)
By
MEE correspondent
in
Taiz, Yemen

The return of ministers and other key officials to Aden, the seat of the country's internationally recognised government, has been viewed as a sign that the creation of the presidential council is bridging long-running divisions among the groups that are fighting the Houthi rebels.

'For now we don't need military victories. All we need is to see prices are cheaper and that southern people can meet their needs, while military and political issues come next'

Qaid al-Yafie, a supporter of the secessionist Southern Transitional Council (STC), told Middle East Eye that people in the south were happy about the return of the cabinet as they were expecting developments with regard to the economy, reconstruction and other major issues that directly impact their lives.

The formation of the council has generally been welcomed in south Yemen as a positive move towards peace in the war-torn country, although some members of the STC, which seeks the independence of the south, have accused the movement of selling out.

Ministers loyal to Hadi, who had been sharing power with the UAE-backed STC since 2020, had fled Aden in March last year after protesters stormed the presidential palace.

The demonstrators, some of them brandishing STC flags, had entered the building as part of their protests over a lack of services, poor living conditions and the depreciation of the local currency.

Following the protests, Hadi's ministers, who are backed by Saudi Arabia, left Yemen for Riyadh, leaving only pro-STC ministers in Aden.

In a surprise move on 7 April, Hadi, who has been in power for 10 years, most of which were served from Saudi Arabia, announced the formation of the new presidential council, consisting of eight members, half of whom are originally from the south.

The council, composed of various anti-Houthi groups, includes members of fierce rivals, including the STC, the Islah party and the National Resistance.

While the STC had managed to take control of Aden and most of the southern provinces after Hadi's ministers had left, fierce clashes between the movement and pro-government forces had continued, along with a war of words in the media.

However, since the formation of the presidential council, fighting among the various sides has stopped and a more conciliatory tone has been adopted.

"This time we welcomed the [pro-Hadi] northern ministers and other officials in Aden because our leadership is part of the presidential council," Yafie said.

"We  trust our leadership, and we are sure all steps they take serve the main issue, that is reclaiming our country."

Around 80 percent of Yemen's population of about 30 million people are in need of some kind of humanitarian assistance for survival, according to the UN.

More than 17 million people require food aid, while that number could rise to 19 million in the second half of the year, UN bodies have said, warning that those experiencing emergency levels of hunger could reach 7.3 million by December.

"For now we don't need any military victories. All we need is to see prices are cheaper and that southern people can meet their needs, while military and political issues come next," Yafie said.

Yafie said people in the south have not been happy with the president, himself a southerner. "Hadi spent 10 years in Riyadh supporting all enemies of the south, and the only good thing he did was ceding his power to this council, allowing a glimmer of hope for us," he said.

Abdul-Fattah Maqtari, an Islah member from Lahj province, told MEE there had been some positive developments since the formation of the council

"We spent 10 difficult years during the regime of Hadi, and the life of Yemenis went from bad to worse. We also spent more time fighting with Yemenis, and Yemenis were divided into different groups," said Maqtari.

"This presidential council is uniting Yemenis again as they accept each other, and if there are demands from some groups they will be dealt with in a legal way.

The Islah member said he believes the council's aim is to find a peaceful solution to deal with the situation in Yemen.

"At the end, we [Yemenis] are brothers, and we should reach a peaceful solution which all can accept and stop destroying our country," Maqtari said.

The formation of the presidential council came with announcement of financial support to Yemen from Saudi Arabia, which had helped to strenghten the exchange rate of the Yemeni riyal against the US dollar from 1,300 riyals to 850.

"Prices have started to go down because of the improvement of the Yemeni currency, but we need to see more decreases in prices as securing food is priority for many Yemenis," Maqtari said.

Saudi Arabia leads a western-backed military coalition that intervened in Yemen in 2015 to restore Hadi's government, which was kicked out of power in the capital, Sanaa, by Houthi rebels in 2014.

After years of fighting, Saudi Arabia now appears to be searching for ways to extract itself from the conflict, and the announcement of the new presidential council followed talks beginning on 30 March hosted by the kingdom.

'When we welcome the northern leadership in Aden, that means we surrendered to the north'

The talks were attended by various anti-Houthi groups, hundreds of Yemeni politicians and tribal leaders, as well as current and former military and security officials.

Although the majority of Yemenis appear happy with the formation of the council, there are some who remain pessimistic, especially those who continue to demand independence for the south.

"During recent years we have been fighting for the sake of independence, and we rejected the northern cabinet and Hadi, who represents the north, and today we see that northern ministers and officials are back in Aden under the protection of our leader," Ahmed, who used a false name for security reasons, told MEE.

"When we welcome the northern leadership in Aden, that means we surrendered to the north," he said, accusing some of the STC leaders of thinking about their own personal interests rather than independence.

On Monday, Mansour Saleh, the deputy head of the STC's media department, said that its leader, Aidarous al-Zubaidi, was still working for independence but in a peaceful manner as a member of the presidential council.

"[Zubaidi] has become at the top of the decision-making ladder, which will only serve the south, its people and its [independence] issue,” Saleh tweeted. 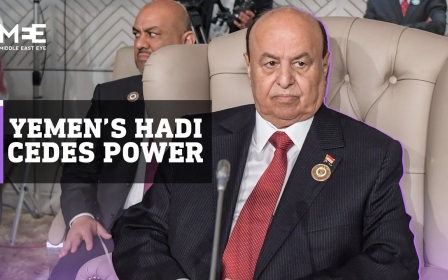 Inside Yemen
Yemen: After ceding power, who is Abd Rabbuh Mansour Hadi? 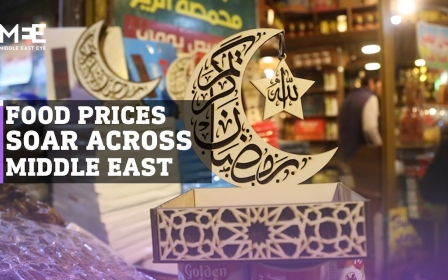