The dismissal of an Islah official has sparked the most ferocious battles for months, with UAE-backed fighters forcing their rivals from the Ataq region 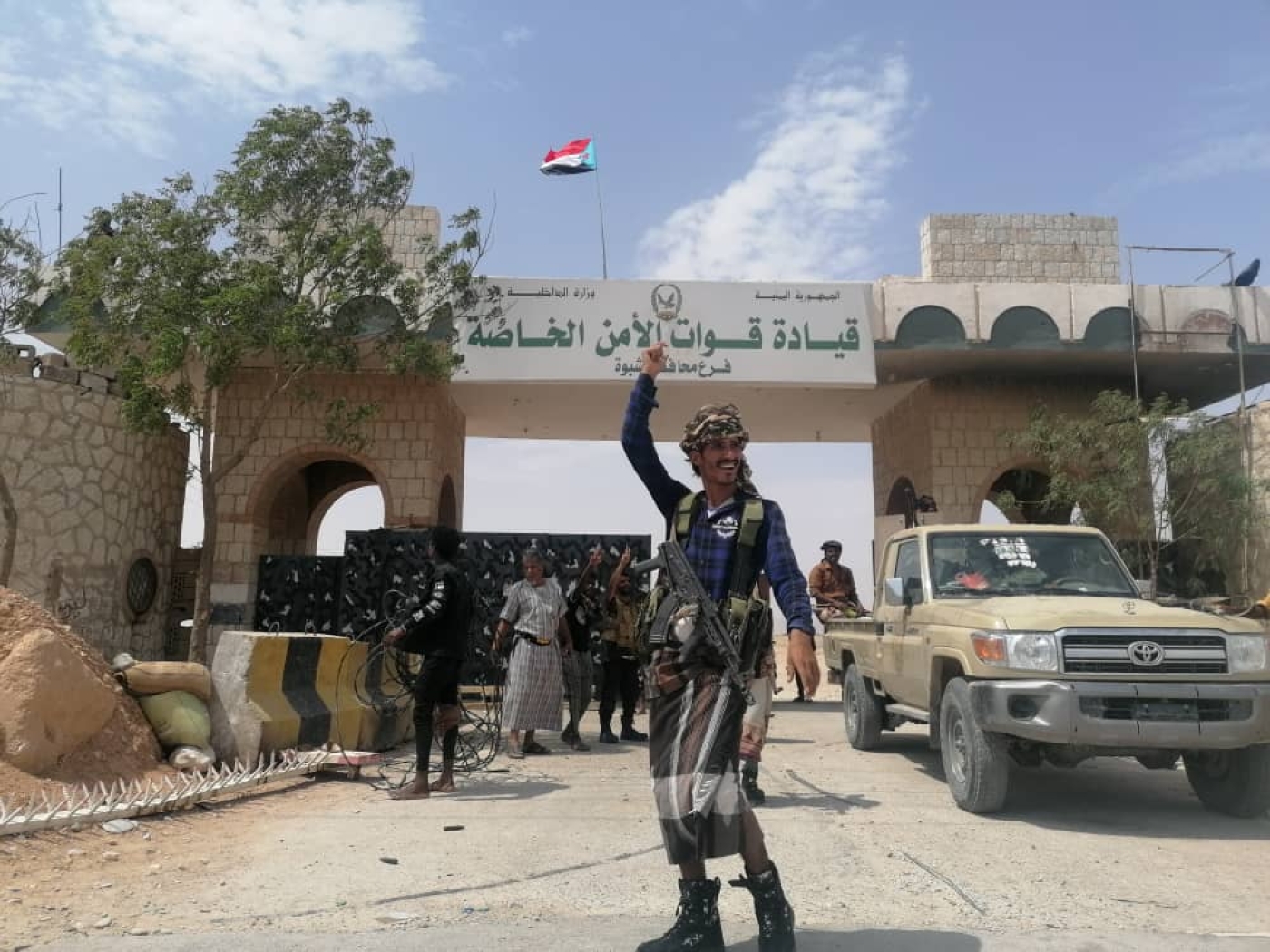 Ferocious violence between UAE-backed fighters and militias allied to Islah, an Islamist alliance backed by Saudi Arabia, has rocked Yemen's southern province of Shabwah - posing a serious challenge to the authority of the country's new Presidential Leadership Council.

Yemen has enjoyed a rare period of calm in the past four months, as a truce between forces loyal to the internationally recognised government and those of the Houthi movement has largely held.

But on Monday, the heaviest battles since the Presidential Council assumed the powers of President Abd Rabbuh Mansour Hadi in April broke out, following a squabble over governmental positions in Shabwah.

Awadh al-Awlaqi, Shabwah's governor, dismissed the province's most senior official belonging to the Islah party, a local affiliate of the Muslim Brotherhood.

But the Islah official refused to stand aside, insisting that only the interior minister had the authority dismiss him.

Fighting escalated quickly. Over the course of Monday, further fighters joined the fray, prompting the Presidential Council - whose eight members are drawn from various factions and provinces - to step in.

Video of STC-affliliated secessionist soldier shooting on #Yemen flag after they took control over a security camp in #Shabwah Ataq today.#Yemen pic.twitter.com/DwUqY11oRo

The Council replaced several local military leaders, affiliated with both camps, but was unable to calm the situation. Dozens are believed killed or wounded in the fighting.

On Tuesday night, the governor appealed for calm. "I appeal to my brothers and the residents of Shabwah to stop the bloodshed and to stop the escalation and fighting that establish conflicts and societal strife that only serves parties from outside the governorate," Awlaqi tweeted.

However, Shabwah, which before Yemen's upheavals began in 2011 had a population of around 660,000, is deeply divided. Many here believe Awlaqi is responsible for the fighting breaking out in the first place, and think it is he who should have been dismissed.

"The governor was the reason behind this fighting, as he was trying to take illegal decisions and was fighting the legitimacy [the Presidential Council], and now he appeals to people to stop escalation. But in fact he can stop it by stopping his men attacking the men of the legitimacy," Ahmed, a pro-Islah Shabwah resident, told Middle East Eye.

Conversely, Awlaqi's supporters also claim to be representing the Presidential Council and the central government's legitimacy. With one member of the Council belonging to Islah, and another, Brigadier General Aidarous al-Zabidi, associated with Awlaqi, no single party in this dispute is able to exclusively represent the country's new executive body.

Ahmed, whose name has been changed in this report for his security, believes Awlaqi is targeting anyone who backed his predecessor. He also thinks the governor is cracking down on people wary of the UAE's growing influence in the region.

UAE-backed fighters from the Giants Brigades were instrumental in pushing back Houthi fighters from Shabwah in December, and the UAE has since cemented its influence there.

"Residents of Shabwah will not allow Awlaqi to do that, as we are against the presence of the UAE, and we need to resume exporting oil from Balhaf oil seaport," Ahmed said.

Shabwah, one of the three Yemeni provinces with oil reserves that make up the country's "Black Triangle", has long been a strategic goal for Yemen's warring parties and regional players.

It connects central Yemen to the south coast, where the highly valuable Balhaf liquefied natural gas export terminal is located. 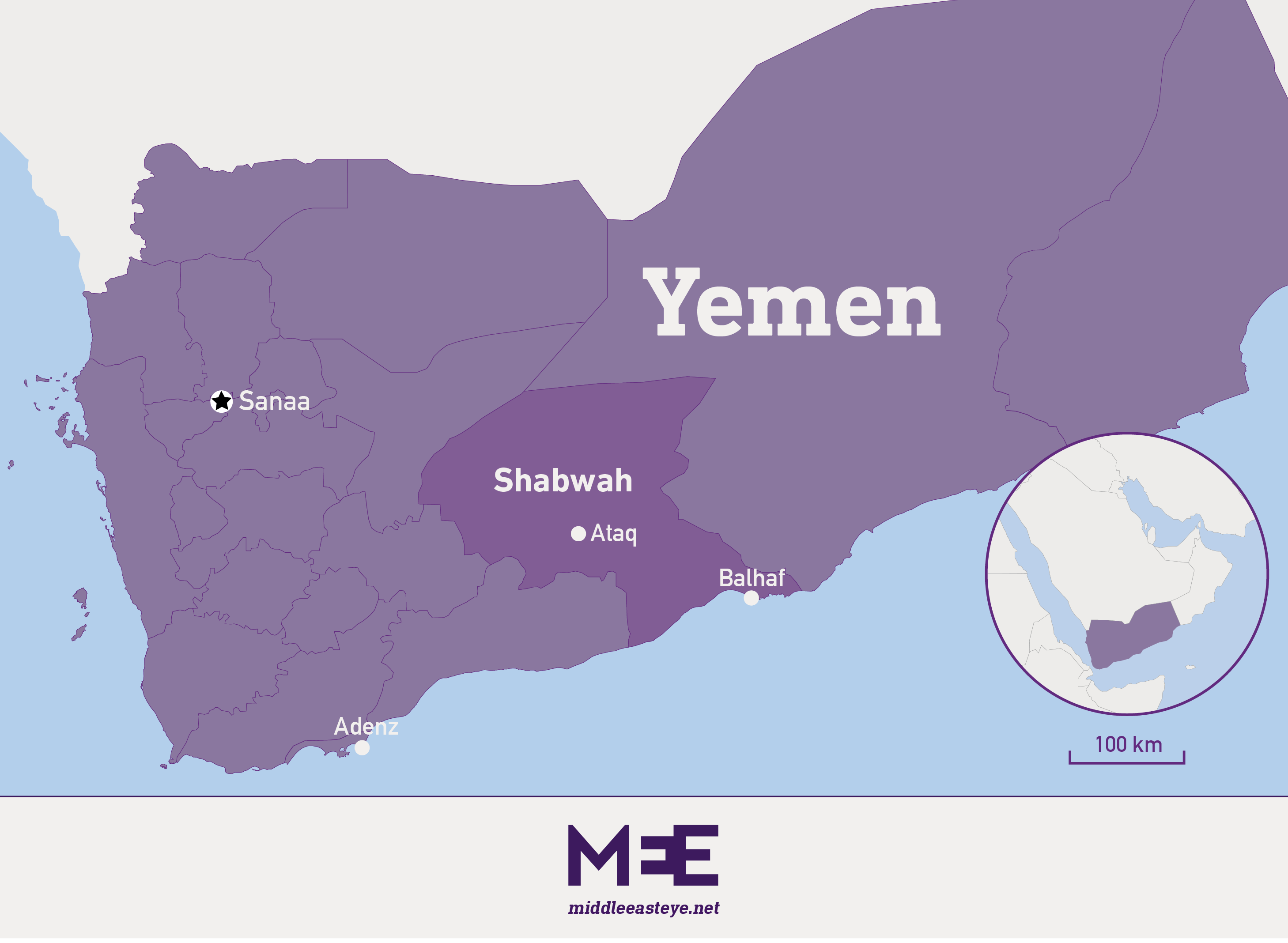 For years, Shabwah had been under Islah control, but in December, around the time the Houthis were pushing into the province in an attempt to seize Yemen's oil wealth and carve a route to the south coast, Hadi sacked Awlaqi's predecessor, Islah member Mohammed bin Adyo, who had criticised the presence of UAE troops at Balhaf.

That placed Shabwah in the hands of the UAE-backed forces, who had competed against Islah for the past six years. Yet now the fighting has again upended the balance of power, and front lines continue to shift.

Fighters of both stripes are spread across Shabwah's provincial capital, Ataq. Shops, hospitals, bakeries and public offices are shut, as residents shelter at home and normal life grinds to a standstill. There is no electricity here, and on the rooftops snipers take pot-shots at each other and passers-by.

By nightfall on Monday, UAE-backed forces appeared to have seized the majority of the city.

Ahmed believes the Presidential Council’s intervention has only made matters worse:

"The decisions last night don't serve Shabwah and its residents, but they serve the UAE. So we hope the Presidential Council fires the governor and then takes other decisions."

Islah's critics, meanwhile, accuse the party of leading a coup against the governor.

Khalid, a supporter of the governor in Shabwah, and whose name has also been changed for this report, told MEE that regio's residents had foiled Islah's attempts to overthrow the legitimate authorities.

"They accuse the governor of being the Emirates' man. But the governor has been calling on them to implement the decisions of the Yemeni Presidential Council and they refuse to do so, accusing the Council of also working with the Emirates," he said.

"Islah's militia wants to control the whole country, or they will keep accusing all people of being mercenaries. So we hope that the Presidential Council and the governor stop them and liberate the whole province from them."

As the fighting continues, Khalid predicts that tribal leaders may have to intervene to support the governor, a leading Shabwah sheikh.

Local media has reported that Yemen's defence minister and other military leaders may soon visit the province to try and put an end to the fighting, and to implement the Presidential Council's orders. 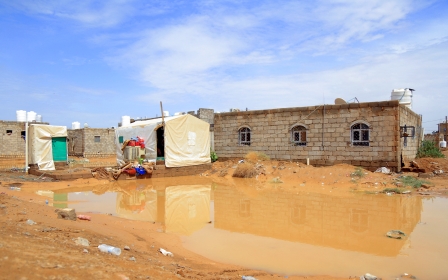 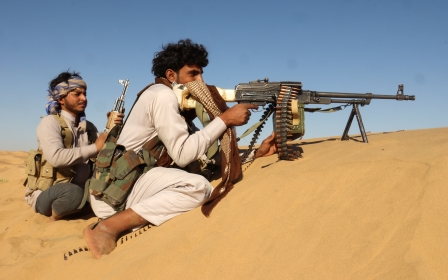 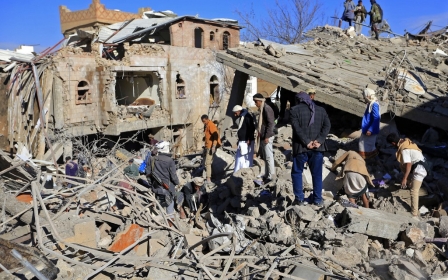