As humanitarian crisis deepens, campaigners from around world rally for end to protracted conflict 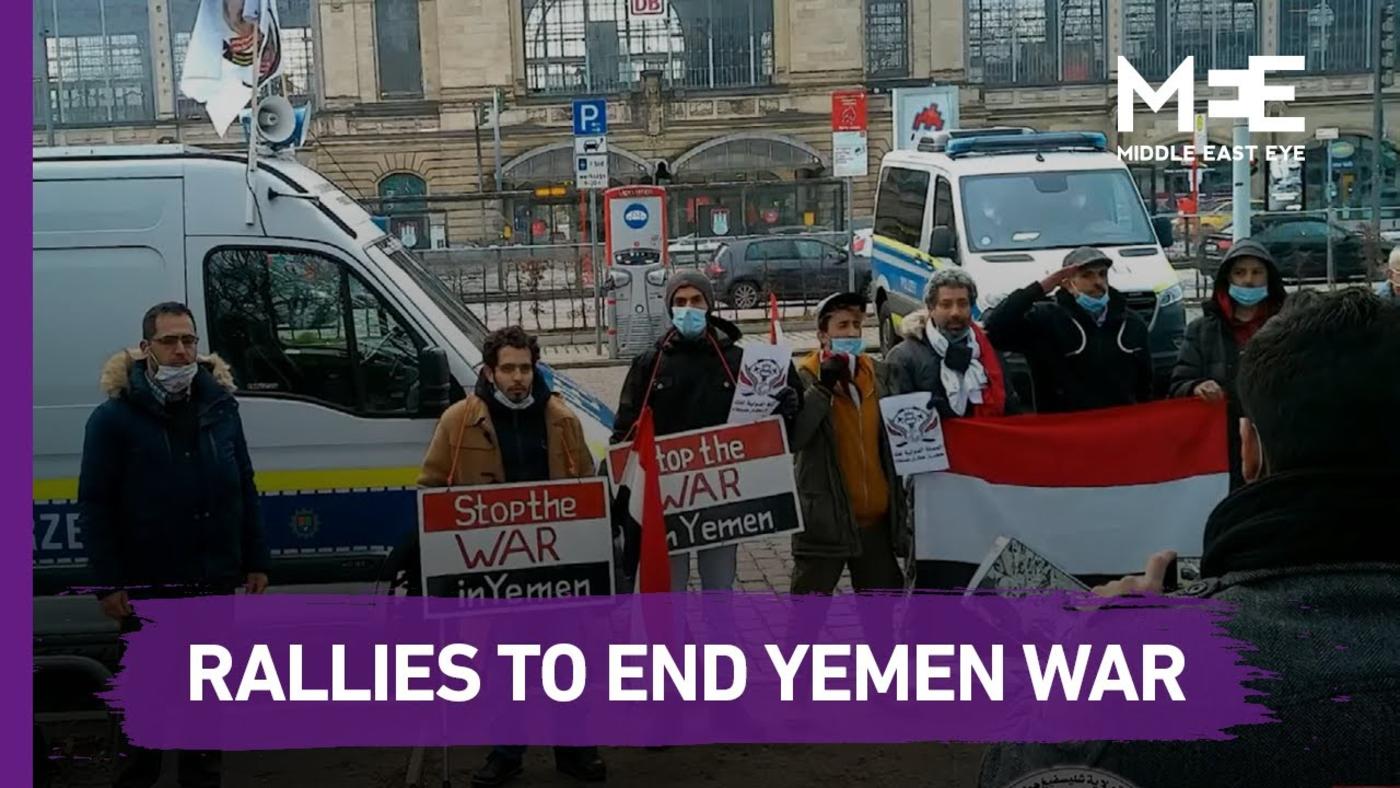 In what is being described as one of the biggest coordinated anti-war efforts since the 2003 invasion of Iraq, campaigners from 230 organisations and 17 countries are holding a series of rallies on Monday to demand an end to the war in Yemen.

Yemeni Americans at the forefront of the campaign told Middle East Eye that they wanted newly installed President Joe Biden to fulfil his campaign promise and end the war by immediately pulling Washington's support for the Saudi-led coalition fighting Yemen's Houthi rebels.

"The destruction has been endless. And it's a man-made disaster. It's about time the war ended," Kawthar Abdullah, lead organiser of the Yemeni Alliance Committee in NYC, told Middle East Eye."

"And I think Biden should do this in first 100 days in office," she added.

Speaking at online rally held over Zoom, Jeremy Corbyn described the war in Yemen as "something that is unbelievably disgraceful.”

"That humanitarian disaster: of cholera, of covid, of hunger, of poverty, of the bombing of schools and hospitals, of the loss of so many children’s lives, and the pollution that the detritus war will leave for decades to come, is entirely of human activity and massive arms sales to Saudi Arabia and other countries in the region that have taken part in this war," Corbyn said.

Likewise, academic Cornel West said he wanted Yemenis to know that "their humanity will never ever be rendered invisible no matter what the corporate media have to say."

"That is the spiritual and moral force behind our voices coming together," West said.

In August 2019, a few months after announcing his candidacy for president, Biden told the Council of Foreign Relations that it was time the US reassessed its relationship with Saudi Arabia.

"I would end US support for the disastrous Saudi-led war in Yemen and order a reassessment of our relationship with Saudi Arabia," Biden said. "It is past time to restore a sense of balance, perspective, and fidelity to our values in our relationships in the Middle East. President Trump has issued Saudi Arabia a dangerous blank check."

Abdullah said momentum was building, helped in part by Democratic legislators like Ro Khanna who has pushed for the US to take a tougher stance on the Saudi-led coalition. But the activist accepted that recent comments by Saudi officials suggested the status quo may remain in place.

"I am sceptical [Biden would take any action] since the war started during the Obama-years when he was vice-president," she said.

In her address at the online rally, Shireen Al-Adeimi, a Yemeni-American academic, called upon Biden to take responsibility for the war that had begun when he was vice-President in the Obama administration.

"President Biden, you unjustly entered this war back in 2015, it’s now your responsibility to end all forms of support for this war and to remove all barriers to humanitarian assistance, including lift the blockade on Yemen," Al-Adeimi said.

'It would be extremely difficult for Saudi Arabia to maintain their bombing campaign without assistance, but as long as we're giving them bombs to drop, they'll drop them'

The war in Yemen began in late 2014 when the Houthis seized Yemen's capital, Sanaa, sparking a civil war that forced President Abd-Rabbu Mansour Hadi to seek refuge in the coastal city of Aden, and then later Saudi Arabia.

Fearing the rise of an Iranian proxy on its southern border, Saudi Arabia and its allies intervened in the conflict in March 2015, and have since carried out more than 20,000 air strikes in an effort to roll back the rebels, with one-third striking non-military sites, including schools, factories and hospitals, according to the Yemen Data Project.

In New York, a few dozen activists rallied outside the office of Congressman Gregory Meeks, the new chair of the House Foreign Affairs Committee.

"His support is important to pass a new War Powers Resolution, which would force the Biden administration to withdraw the US military from their supporting role in the Saudi coalition," Dylan Awalt Conley, an organiser with the NYC-Democratic Socialists of America (DSA) anti-war working group, told MEE.

"He could also push through legislation to suspend US weapons sales to Saudi Arabia and the UAE. That legislation might never see a vote without his support, so we need him with us on this."

According to the United Nations, all sides in Yemen's bloody conflict have committed human rights violations and may have committed war crimes involving deadly air strikes, rampant sexual violence, and the recruitment of child soldiers.

While Iran is believed to be the principal foreign backer of the Houthis, the Saudi-led coalition has received immense technical support from western powers including the US, the UK and France.

Prior to leaving office, the Trump administration designated the Houthis a foreign terrorist outfit, a move that has split Yemenis and created further obstacles, humanitarian groups say, in the pursuit of a peace deal.

Abdullah, from the Yemeni Alliance Committee, said the designation could make "an already catastrophic situation even worse".

Last week, 22 aid groups released a statement calling for the designation to be revoked immediately. 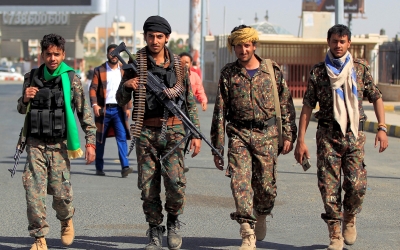 "This designation comes at a time when famine is a very real threat to a country devastated by six years of conflict, and it must be revoked immediately," the statement signed by a number of aid groups, including Mercy Corps, the Norwegian Refugee Council, Oxfam, Save the Children and the International Rescue Committee, read.

"Any disruption to lifesaving aid operations and commercial imports of food, fuel, medicine and other essential goods will put millions of lives at risk."

Meanwhile, anti-war campaigners say putting an end to the bombing campaign remains among their first priorities, and this means ending US support for the war.

More than 200,000 people, many of whom are civilians, have been killed, thousands of others have been uprooted from their homes, and almost 80 percent of the country is reliant on humanitarian aid.

The UN has repeatedly called Yemen the biggest humanitarian crisis in the world.

"It would be extremely difficult for Saudi Arabia to maintain their bombing campaign without assistance, but as long as we're giving them bombs to drop, they'll drop them," Conley, from the DSA, said.

"Whatever the future looks like for Yemen after the coalition withdraws, it's abundantly clear by now that there is no hope for any kind of meaningful peace until that happens."