The appointment comes amid fierce fighting in Yemen, with a renewed Houthi offensive on the city of Marib (AFP)
By
MEE staff
in
Washington

The UN will select Swedish diplomat Hans Grundberg to be the next envoy to Yemen, diplomats have said, marking the fourth attempt by the international body to help end the devastating conflict and deepening humanitarian crisis.

While the UN has not publicly announced the appointment, two former Swedish foreign ministers - Margot Wallstrom and Jan Eliasson - took to social media on Thursday to congratulate Grundberg on being selected.

Grundberg will replace Martin Griffiths who is leaving his post to assume his role as the UN's next head of global humanitarian affairs. Grundberg's appointment comes amid fierce fighting in Yemen, with a renewed Houthi offensive on Marib, the Saudi-backed government's last remaining stronghold in the north of the country.

The fighting has turned Marib into a new focal point in Yemen, killing hundreds on both sides, and raised fears of a humanitarian catastrophe as it hosts a million people already displaced by the war.

Saudi Arabia and its regional allies, chiefly the UAE, entered the Yemeni government's war against the Houthi rebels in 2015 and began a wide-ranging aerial bombing campaign.

The coalition also introduced an air and naval blockade that it says is to prevent the Houthis from smuggling weapons into the country.

The death toll from the devastating six-year war is more than 233,000, with the UN warning more than 24.1 million people – around 80 percent of the population - are relying on humanitarian aid and protection to survive, while 58 percent live in extreme poverty.

Experts have pointed out that despite efforts by the UN to broker a ceasefire, the situation over the past decade has only deteriorated.

"There are more conflicting parties, more fragmentation and the Houthis' power has become stronger than ever," Nadwa al-Dawsari, a non-resident fellow at the Middle East Institute, said during a virtual panel on Thursday.

Peter Salisbury, Crisis Group's senior analyst for Yemen, said since 2014 the situation in Yemen had "fractured into a series of almost mini-states" along political and geographic lines, while the UN continued to focus on brokering a peace deal between the two main powers, the Houthis and the internationally recognised government.

"As long as the idea is this two-party framework, a unity government in Sanaa plus a ceasefire, I have a very strong feeling that there'll be extreme internal resistance to such an idea," he said.

"It would be the perfect excuse in many ways for the Houthis to continue with the military aspects of the conflict and for the government to prolong the period of delay before we move towards political negotiations.

"We need for whoever the new envoy is to articulate a vision [that is] less for peace, but more for the political process that accounts for all these factors and doesn't rush to a quick solution that maybe suits the interests of international players, but is likely to spark a new, and bloodier round of conflict." 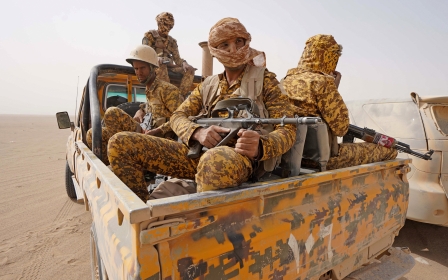