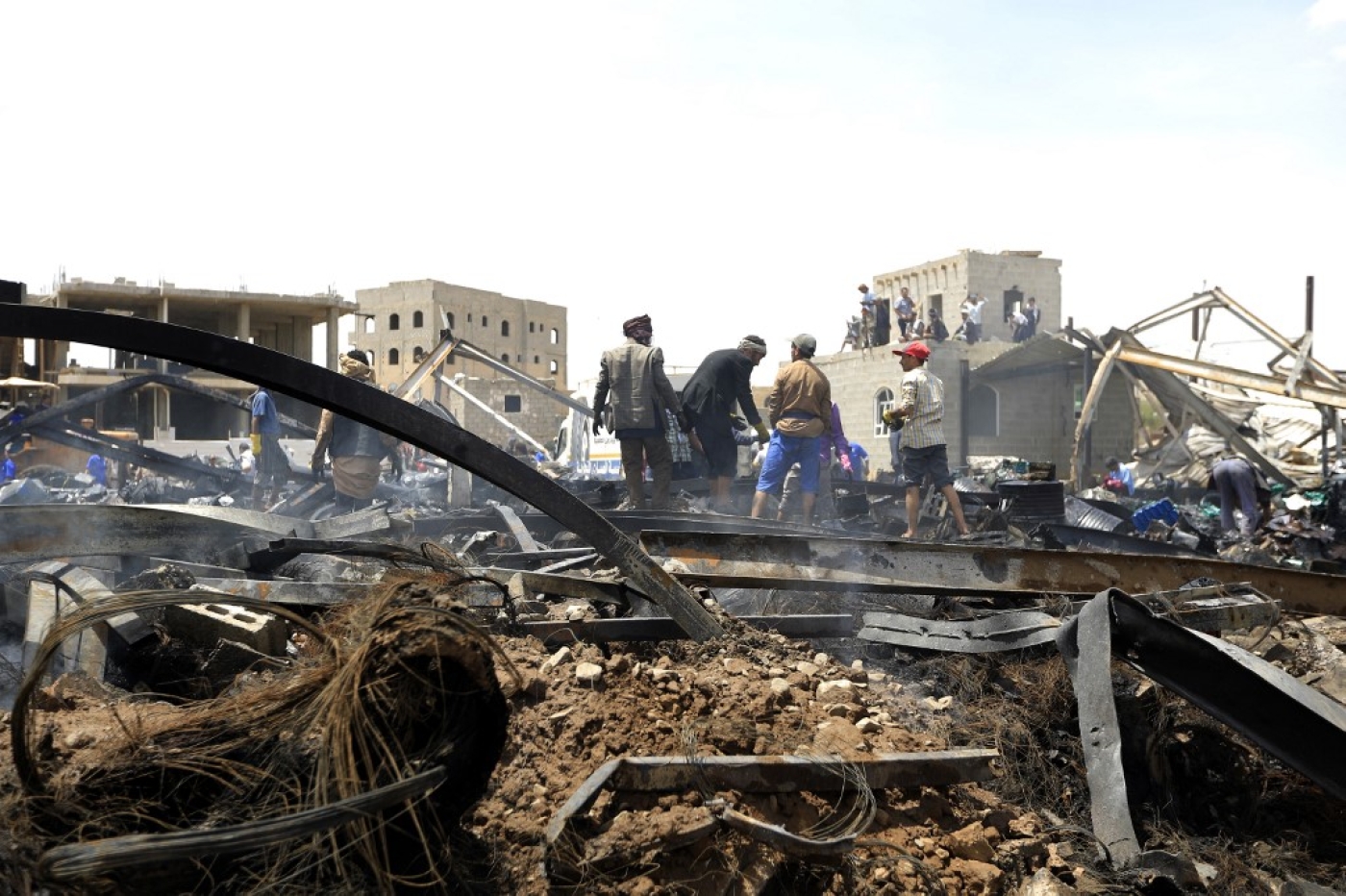 Western powers and Iran are fuelling the devastating war in Yemen by continuing to supply weapons to warring parties, UN investigators said on Wednesday.

The UN-commissioned Group of Eminent Experts on Yemen said they also had "reasonable grounds" to believe that air strikes carried out by the coalition over the past year, and killings and other abuses conducted by the Houthi movement may constitute war crimes.

The report said that countries including the United States, the United Kingdom, Canada, France and Iran continued their support to the warring sides "including through arms transfers, thereby helping to perpetuate the conflict".

"After years of documenting the terrible toll of this war, no one can say 'we did not know what was happening in Yemen'," said Kamel Jendoubi, chairman of the Group of Experts.

A Western-backed coalition led by Saudi Arabia and the UAE intervened in Yemen in March 2015 after the Houthis, a group traditionally based in the country's north, toppled the internationally recognised government.

Alarmed by the rise of a group they saw as an Iranian proxy, Saudi Arabia, the UAE and seven other Arab states launched a military campaign to roll back the rebels' advance and restore President Abd-Rabbu Mansour Hadi's government. The experts noted a "consistent pattern" of the parties harming civilians - not only during fighting, but also away from the frontlines, committing abuses including killings, torture, sexual violence and the recruitment of child soldiers.

They urged the UN Security Council to refer the situation in Yemen to the International Criminal Court (ICC) for possible prosecutions.

This was the third consecutive year in which the panel of independent experts found that all parties in Yemen had violated international law. This report covered incidents from June 2019 to June 2020.

"During this reporting period, the Group verified a further four airstrikes or series of airstrikes involving similar failures to take all necessary measures to protect civilians and civilian objects," the report said.

The report said they included "one of the deadliest airstrikes of 2020", launched by the coalition on 15 February on a village in the al-Hayjah area of al-Jawf province, "resulting in approximately 50 civilians killed and injured".

"The coalition's restrictions on imports and access to Al-Hudaydah port have contributed to shortages of fuel and other necessities, and to inflation, thereby exacerbating the economic and humanitarian crisis," the UN panel said.

Mortar bombs fired by the Houthis hit a central prison in the frontline city of Taiz in April, killing six women and two girls, according to the report, which said the attack may constitute a war crime.

Yemen's six-year war has seen more than 100,000 people killed, an estimated four million displaced and about 80 percent of the country's 29 million people forced to rely on aid for survival.