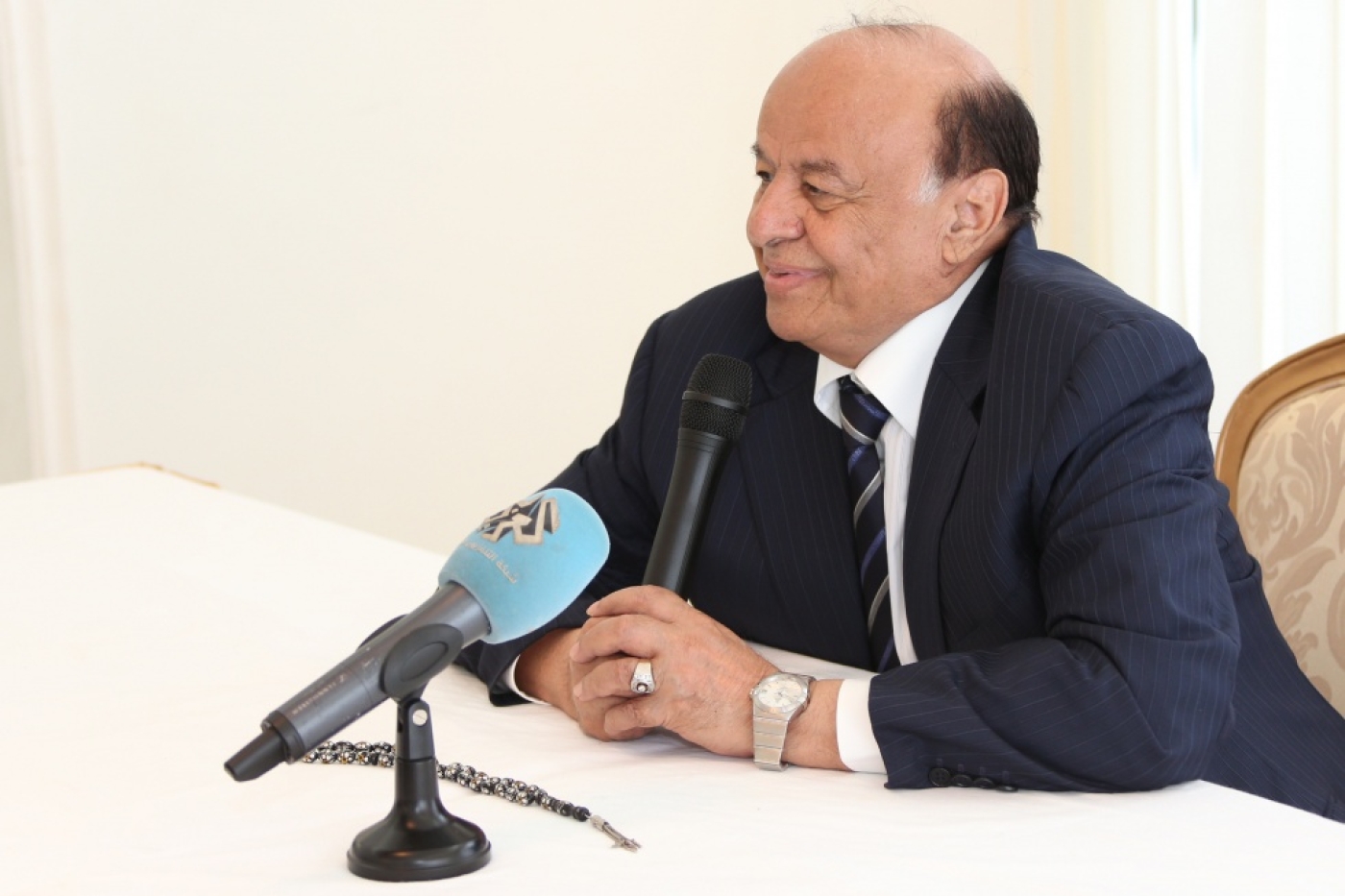 Yemeni President Abd Rabbuh Mansour Hadi on Thursday accused what he described as "agents backed by Iran" of attempting to stage a coup against him in the southern province of Aden.

Hadi said Aden's forces had succeeded in foiling a bid by these "agents" to stage a coup in Aden by occupying the airport of the southern province.

"The success to thwart this cheap attempt reflected the unity between the army, policemen and vigilantes," Hadi said in a statement.

He said attacks on the airport of Aden and airstrikes against the presidential palace in the southern province on Thursday revealed that the "other side" did not want to reach a settlement to the crisis in Yemen through dialogue, implicitly pointing the finger at the Shiite Houthi militia.

Earlier in the day, pro-Hadi forces managed to liberate Aden Airport from the hands of special forces opposed to the Yemeni leader, which controlled it earlier.

Plane took off from airbase 'under Houthi control'

The presidential palace in Aden was also struck by two airstrikes, but according to the governor of Aden Abdel-Aziz Habtour, the jets did not succeed in hitting their targets.

Hadi, who arrived in Aden in February after he escaped a Houthi-imposed house arrest in the capital Sanaa, said the success of his troops in liberating Aden Airport triggered the airstrikes on the presidential palace and other military sites in Aden.

The warplane which carried out the airstrikes on Aden's presidential palace earlier Thursday was flown by pilots affiliated with the Shiite Houthi militia, a Yemeni Air Force source has said.

"The plane took off from Sanaa's al-Dailami airbase, which is under Houthi control," the source, requesting anonymity, told the Anadolu Agency.

Orders were given to the pilots by the head of the Air Force's operations division and the deputy chief of staff, both of whom, the source asserted, were collaborating with the Houthis.

The Houthis, for their part, have yet to comment on the source's assertions.

Meanwhile, the sacked commander of Aden's special forces Abdel-Hafez al-Saqaf managed to escape during clashes with troops loyal to President Hadi in the province earlier on Thursday, Aden governor's said.

Habtour was quoted by the website of the province as saying that a manhunt for the sacked commander had already started.

"He would be presented to a military court then," he said.

Al-Saqaf was sacked by Hadi a few days ago, but he refused to bow to Hadi's decision.

The sacked commander was accused of harbouring loyalty to former president Ali Abdullah Saleh and the Houthi militia.

Yemen's Houthis emerged as a formidable political and military force last September when they assumed control of capital Sanaa before establishing control over other parts of the country as well.

Last month, the Houthis issued what they described as a constitutional declaration dissolving the elected parliament and establishing a 551-member transitional council.

The declaration, however, was rejected by most of Yemen's political forces – along with some neighbouring Gulf countries – which described it as a "coup against constitutional legitimacy."

Fractious Yemen has remained in a state of turmoil since pro-democracy protests forced autocratic president Saleh to step down in 2012 after 33 years in power.