A man displaced by the fighting near the Red Sea port city of Hodeidah carries aid kits he received from United Nations agencies in Hodeidah, Yemen (Reuters)
By
MEE and agencies

Conflict-torn Yemen has been pushed to the brink of famine as a Saudi-led coalition of forces backing the Yemeni government battles Houthi rebels.

More than 22 million Yemenis rely on humanitarian aid to survive, but on Monday the WFP accused the Houthis of selling food it had sent to the country in the markets of the capital Sanaa.

The WFP said similar cases of food being sold by groups entrusted to distribute it had been reported in other rebel-held areas of the country.

"This conduct amounts to the stealing of food from the mouths of hungry people," WFP’s executive director David Beasley said in the statement.

At a time when children are dying in Yemen because they haven’t enough food to eat, that is an outrage. This criminal behaviour must stop immediately

"At a time when children are dying in Yemen because they haven’t enough food to eat, that is an outrage. This criminal behaviour must stop immediately."

Beasley called on the Houthis "to take immediate action to end the diversion of food assistance."

"Unless this happens, we’ll have no option but to cease working with those who’ve been conspiring to deprive large numbers of vulnerable people of the food on which they depend," he said.

The next day the Houthis hit back, with Mohammed al-Houthi, who heads the rebels' Higher Revolutionary Committee, saying the WFP was "fully responsible for... quantities of rotten food" it sent.

The rebel official told the Houthis’ Saba news agency that he had stopped food aid coming into the country because “it violates standards and regulations and is not suitable for human consumption”.

Houthi said the rebels “welcomed” an international investigation into the claims, and called on the WFP to provide proof of its accusations.

The official said UN organisations were biased in favour of the Houthis’ international enemies.

"The work of these organisations is mostly politicised, and their position... confirms their work has shifted from independent to subordinate" to the United States and Britain, Houthi said.

Pro-Yemeni government forces and the Houthis are currently tip-toeing through a UN-brokered de-escalation of violence that was negotiated in Sweden last month.

Key to avoiding a total disruption of food supplies into the impoverished country is a Houthi pullout from the strategic port of Hodeidah, through which some 70 percent of imports – including aid – enters the country.

However, both warring parties have accused each other of violating the fragile ceasefire necessary for the port to be placed into non-military hands. 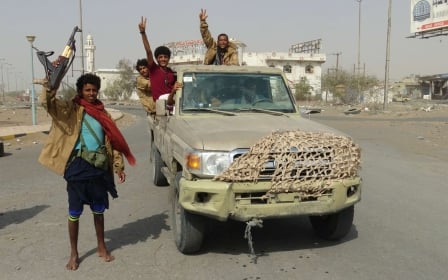 Analysis
Saudis slash military spending: Could an end to Yemen war be in sight?