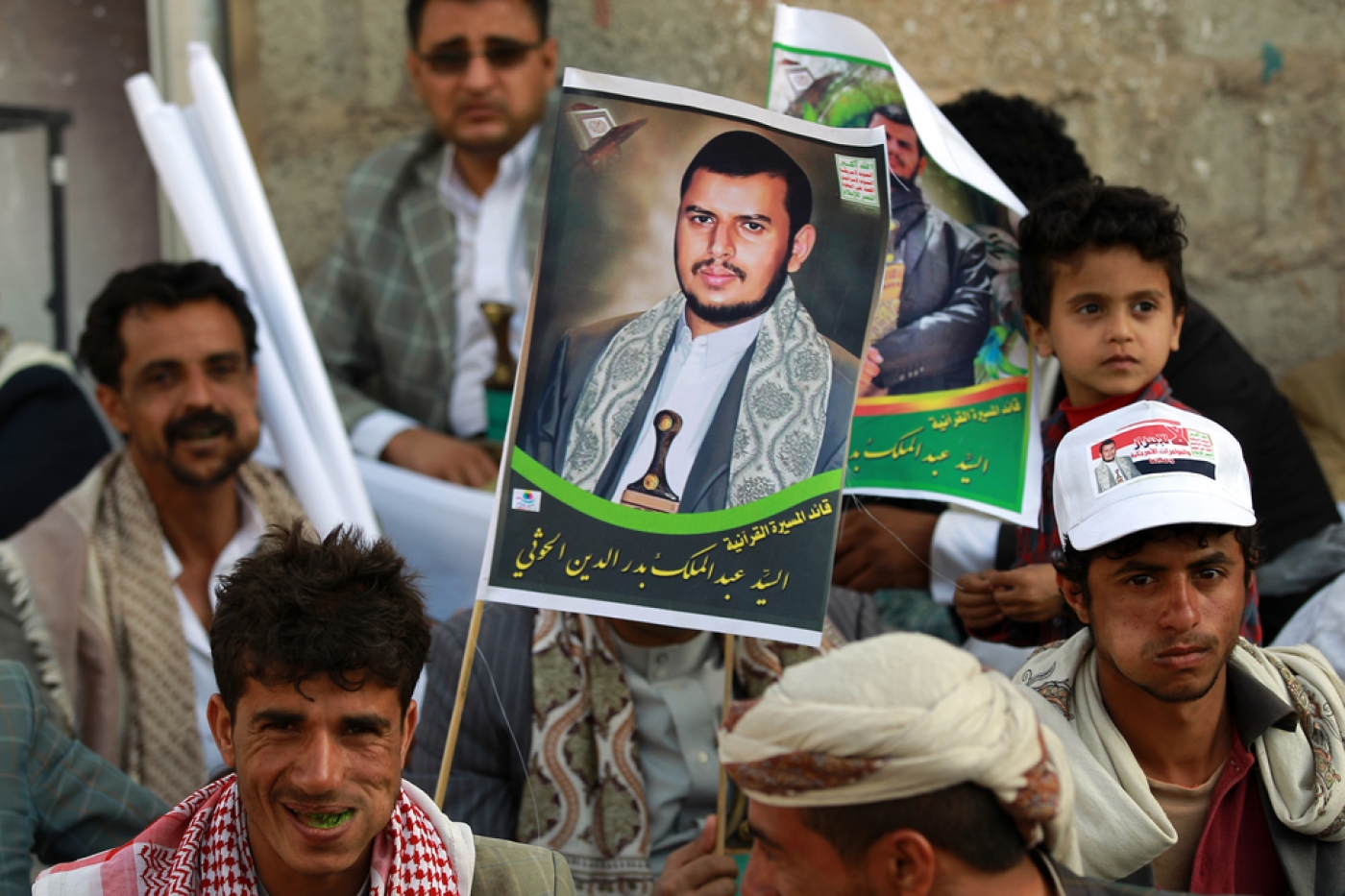 A Yemeni television channel broadcast footage on Tuesday reportedly showing Houthi fighters inside Saudi Arabia who claimed to be within striking distance of a city populated by 1.6 million people.

Al Masirah, a TV station which is run by the Houthis, aired a video report with Houthi fighters who said they were less than two km from Najran, a city in a province of the same name near the Yemeni border.

The cameraman zooms in on a city, which can be seen in the distance. A fighter says it is Najran.

In the clip, the presenter points to a stone apparently marking the border, which has an image of the Saudi national flag on one side and the Yemeni flag on the other.

A group of Houthi fighters are shown next to the stone, one standing on top of it and holding a Yemeni flag.

The fighters shouted the Houthi slogan: “God is great, Death to America, Death to Israel, A curse upon the Jews, Victory for Islam.”

One of the fighters, who is not named, claims that the Houthi forces have captured the Shirfa military base, which is near the Yemeni border and used by Saudi forces to protect Najran city.

The Houthis have previously broadcast footage claiming to show their forces attacking the Shirfa military base.

The fighter in the video says his forces are in complete control of the Shirfa military base and the border area surrounding it.

“We are at al-Shirfa Point – it was named al-Shirfa because it overlooks Najran province, which is now in the sights of the Yemeni army and the popular committees,” the presenter, Abdel Basit al-Sharfi, said.

Middle East Eye could not independently confirm the claims made by Al Masirah, although there have been numerous reports of the Houthis shelling Saudi territory in recent months. There is no official death toll but tens of Saudi soldiers have been reportedly killed by Houthi attacks.

Saudi Arabia and the Houthis have been trading fire since Riyadh launched a military campaign in March to push back the Saada-based group. Last year, the Houthis swept down from their mountain stronghold to seize control of the Yemeni capital, Sanaa, and force President Abd Rabbuh Mansour Hadi into exile.

Clashes between the Houthis and Saudis have focused on Najran, Jizan, and Asir, three border provinces that have long been contested areas. Two years after the establishment of modern Saudi Arabia in 1932, the Saudis and Yemenis fought a war over the three oil-rich provinces. 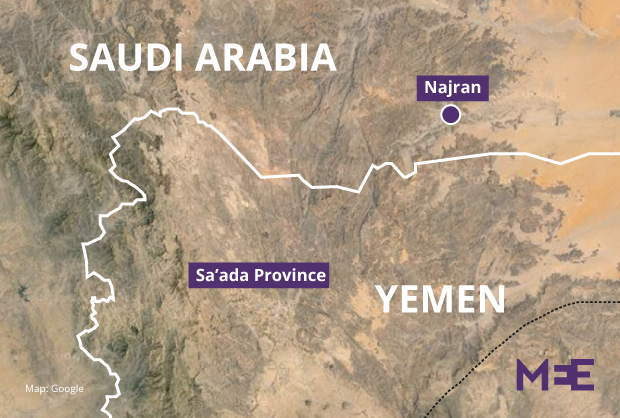 The fighters who appeared in Tuesday’s report by Masirah claimed to be undeterred by Riyadh’s devastating bombing campaign in Yemen and pledged to continue their operations inside the kingdom.

Pulling a small copy of the Quran from his pocket, the fighter says: “We are fighting according to this weapon, unlike the enemy, who depend on weapons like rocket launchers, tanks, Apache [helicopters] and F-16 [warplanes]. The enemy is depending on America and Israel. We depend on God.”

“Every time our fighters see a strike or an aeroplane, our courage increases,” he added. Yemen War
Situation in Yemen 'catastrophic and getting worse'