How one movement is trying to overturn widespread disillusionment with politics 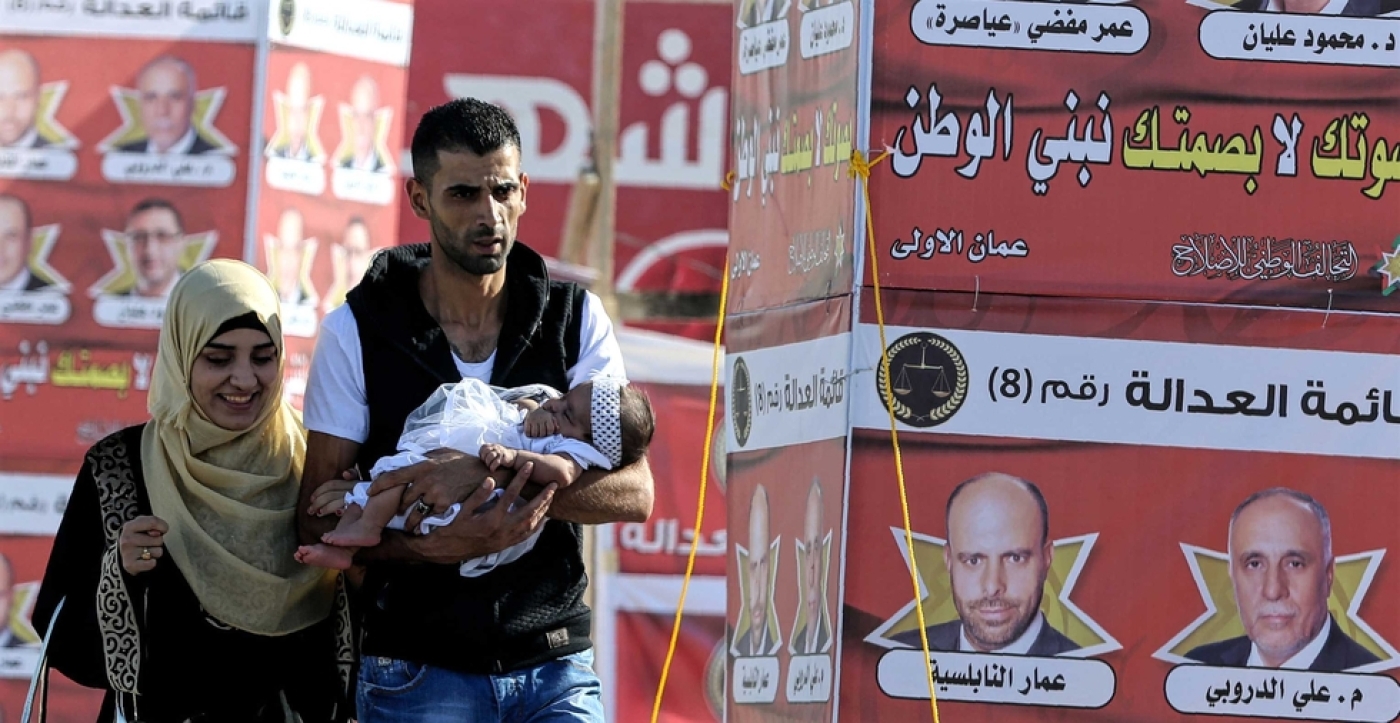 Parliamentary democracy doesn’t have a great reputation in Jordan. The role of elected officials often seems like a sideshow in a kingdom which prides itself on its stability amid a turbulent region, yet where continuous monarchical rule has dampened political discourse

Small wonder then that turnout at September’s national elections was just 37 percent: that compares to 56 percent at the previous vote in 2013. According to a pre-election survey, conducted by the International Republican Institute think tank, 87 percent of Jordanians believed that the previous parliament had accomplished nothing worthy of commendation.

But now a group of young activists are working to change that.

This year, new forms of political organisation have threatened to shake up democracy in Jordan as student movements, emerging groups and mass campaigns have gained momentum and challenged assumptions in the usually quiet kingdom.

Jordan is a young country: more than 70 percent of the population is under 30 years of age. But the unemployment rate for 15–24-year-olds stands at around 29 percent, almost double that for the kingdom as a whole.

Odai Bisharat is the 28-year-old spokesperson for Shaghaf, a new movement which hopes to tackle the current disconnect between people and their representatives by making politics more accountable within existing structures (the name, by the way, means "passion" in Arabic).

“Since 1989, the parliament hasn’t kept in touch with the people,“ Bisharat told Middle East Eye, while sipping a coffee at a busy pavement cafe in West Amman. That year was a significant one for Jordan, with elections, the lifting of martial law – which had been in place since 1967 – and the subsequent development of democratic political life.

Shaghaf, which was formed in June, began its work in the build-up to September's elections, connecting ordinary people with politicians through debates, papers and meetings.

But it's now, one month after the vote, that the movement’s real work has begun. “Elections are a tool of democracy, but they’re not the whole of democracy,” Bisharat explained.

Jordan is not the only country to have experienced dissatisfaction among the young this year.

In Tunisia police have clashed with thousands of young protesters, angry at growing unemployment. Much of the unrest was sparked by the death Kasserine of Ridha Yahyaoui, a 28-year-old unemployed graduate from the town, who was electrocuted in January after climbing a power pole to protest at being refused a state job.

And thousands took to the streets in Morocco after the death of fishmonger Mouhcine Fikri, who became embroiled in a dispute with police about his produce and was crushed by a garbage truck as he tried to retrieve it.

Such large-scale protests are rare in Morocco which, like Jordan, is a relatively stable monarchy in the Arab world where the king holds ultimate power

Writing for Middle East Eye in May, he said: “Empowering and engaging the youth of the Arab world is a key factor for the establishment of long-term security and stability of the region.

"Shifting official discourses from well-established norms of controlling youth, to gradually opening up channels to move the rhetoric of youth inclusion into action is vital."

How parliament is limited

But while demonstrators in other countries are using protest to bring change, Shaghaf’s focus is in Jordan is on three distinct areas, Bisharat explained: training for future local-level representatives; political salons for information and debate on policy areas; and a “parliament meter”, which will monitor how well politicians are working for the interests of the people they’re meant to represent.

“As the people, we have the authority to monitor the goals of the parliament,” said Bisharat, “how they're working for us in the government and how they going to be effective for us.

“Candidates should go to the people and ask them: ‘What do you think to do for the country? They need to say: ‘This is my programme for four years, you need to hold me accountable and monitor me.’”

One notable factor in the movement is the presence of women: while only 15 percent of lawmakers are female, almost 40 percent of the activists involved with Shaghaf are women (one factor that may be relevant: almost 49 percent of 15–24-year-old women in Jordan are unemployed).

Surveying the political climate in Jordan today, it's clear that Shaghaf has plenty to do. The elected parliament has limited power within the constitutional monarchy: it cannot enact laws, for example, without the assent of the senate, a body elected by the king. Several recent important pieces of legislation have been enacted by royal decree. King Abdullah II created a council, with himself as head, to oversee economic development and policy – a step that further entrenched unelected power.

Both the electoral law and prevailing democratic culture favour voting for individuals, on the basis of tribal affiliation or personal loyalties, rather than political parties.

'We have to stay calm and wait for a chance, wait until our political life becomes more advanced'

The chaos that’s followed revolutions across the region since 2011 has hardly heightened people’s desire to become political. “Before, people were really interested in politics,” said Wael al-Khatib, an anthropologist who's studied Jordan's youth movements. “They’re worried about the future, about the country. They're thinking: ‘Now we are good in Jordan - let’s keep it stable.’”

Both systemic and cultural factors have created a parliament that’s deeply fragmented. The Muslim Brotherhood is a crucial force, and returned to elections this year after boycotting previous rounds, apparently hopeful that a new list-based system of voting would create greater opportunity for political parties to thrive.

But it proved the exception to the rule: representatives usually don’t belong to parties and rarely advance national political agendas.

Instead they are more likely to be tribally aligned and their priorities defined by personal connections and patronage rather than by a clear manifesto, debates on policy and political ideology. Khatib believes that in such an atmosphere the work of public organisations and activists is crucial.

The fear of a backlash

Yet some are sceptical about Shaghaf’s capacity to effect change. Kirk Sowell, a political risk analyst focused on Jordan and Iraq, explained that holding representatives accountable assumes a responsibility and level of power that the Jordanian parliament rarely have. “The basic concept is to hold people accountable. And the only real way to do that is when a specific piece of legislation comes up,” he said. “It’s a rare issue that parliament actually makes a difference.”

Student activists, speaking anonymously (because of a reluctance to create tensions between groups), also expressed doubt about whether the activities Shaghaf promised will actually come to fruition. So far the group’s plans appear to mostly exist on paper, on a timescale extending towards the country’s next national elections in 2020.

And although events are now scheduled in Karak and Ma’an, debates planned for other cities have run into problems with permission from the authorities. 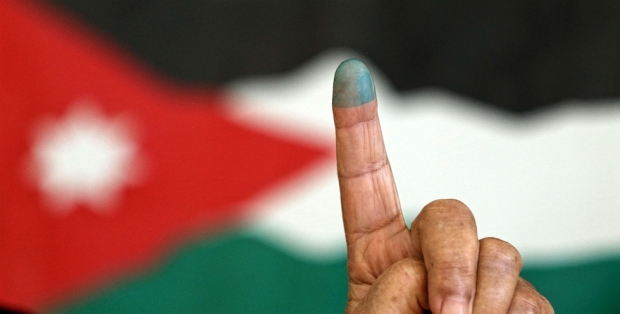 Among other young activists, movements for political change and accountability are also evolving in an environment where restrictions need to be continually negotiated.

At the University of Jordan earlier this year, campaigns against rising tuition fees gained momentum and success. A weeks-long protest against increases during the spring ended in celebrations when university authorities agreed, in part, to students’ demands.

But activists also fear that mobilisation on campus could lead to a backlash. Last month Hisham Obeidat, a student organiser at the Hashemite University, was suspended for two years after organising a campaign to improve student transport at the institution. Students at other institutions report similarly repressive measures, including requests to disband groups and bans on political publications.

The moves come amid a drive to unify student organisation across universities and political factions; an attempt, according to activist Sameer Mashour, to create a unified movement under the banner of a general union.

The effort focused on new approach to a particular political issue: a recent gas deal between Jordan and Israel, which has been met with widespread opposition from Jordanians.

“We are not against the agreement just for passionate reasons,” Mashour, a student at the University of Jordan, explained. “We have to have rational reasons. Our movement is based on real information and real studies. We’ll be linking up with policy experts, decision makers – we know we have a long way to go to be part of a national movement.”

Shaghaf are not campaigning directly against the gas deal, but both movements are, in some ways, taking a similar approach. Bisharat explained that Shaghaf is refraining from taking a campaigning position to instead focus on facilitating research and education on the issue, thereby addressing what he believes is a deficiency in public awareness and political discourse.

'The conversation now isn’t based on knowledge. We're trying to put the knowledge into people's brains'

“The conversation now isn’t based on knowledge,” he explained. “We're trying to put the knowledge into people's brains.”

The disillusionment that youth activists like Bisharat and Mashour face is, indeed, a hurdle. Even at the University of Jordan, which is among the best in the country, politics is not a big priority for many young people.

“It’s really rare to find people interested in politics here,” Sabreena Obeidat, a student, told Middle East Eye. She added that most people felt politicians were most interested in extending their own power or providing favours for their families.

“Everyone feels like they don’t listen to our voices, or what we want.”

It’s a challenging situation, and presents increasing frustrations for many. But despite the disappointments, most activists and researchers believe September’s vote was a step in the right direction – and are set for a long struggle toward better democracy in the kingdom.

“The choice is to wait until there is a good opportunity,” Mashour explained, stopping occasionally to wave to other students on the bustling university campus.

“We have to stay calm and wait for a chance, wait until our political life becomes more advanced.” Egypt Turmoil
Sisi held a youth conference, so Egyptian youth held their own