2018: A year of many challenges for Putin in the Middle East

Alexey Khlebnikov
If Russia fails to meet regional actors' expectations over Syria, Libya or Israel/Palestine, it will ruin its image as a credible partner 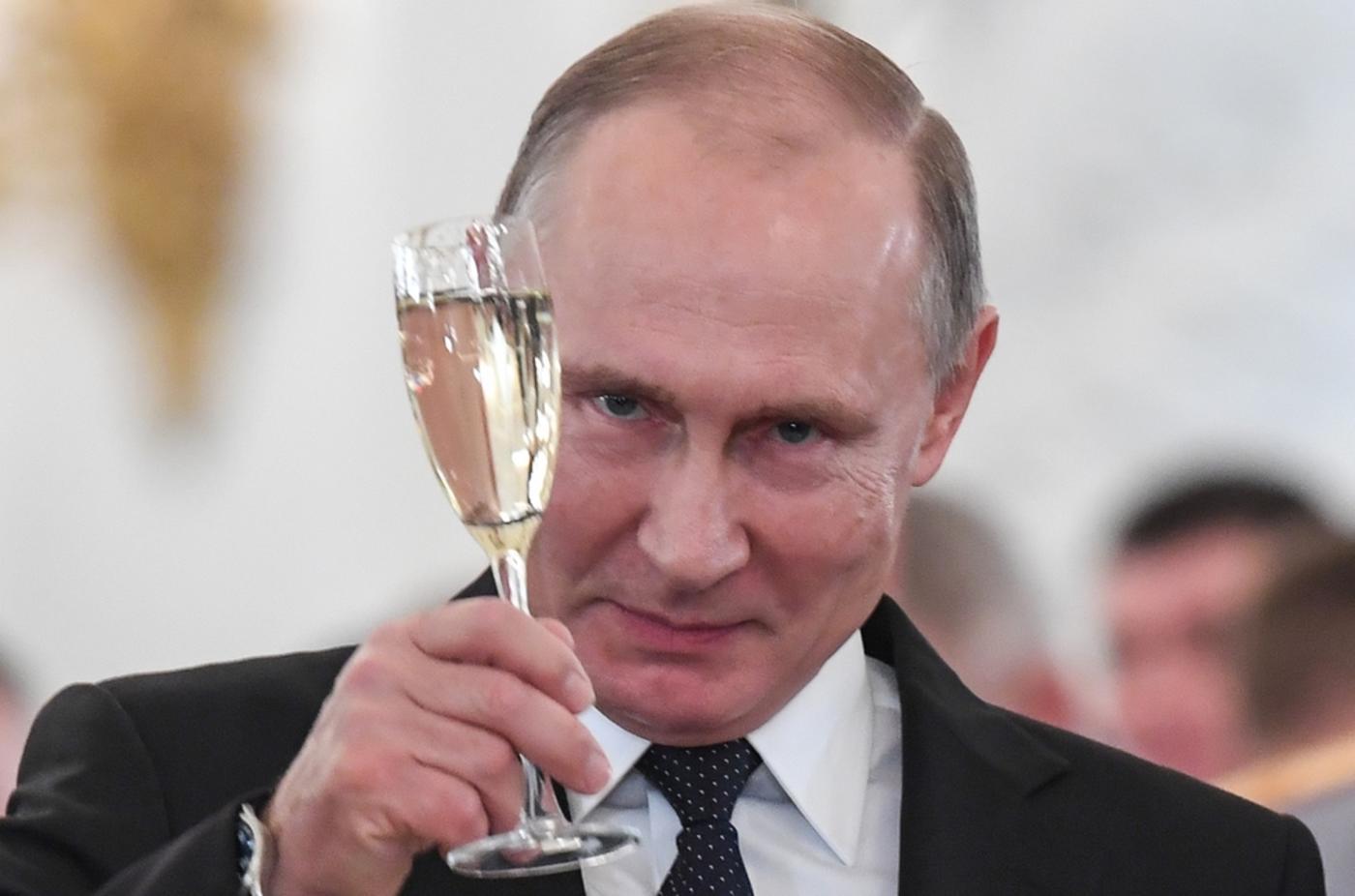 The year 2017 was a truly successful one for Russia's Middle East policy. Its military campaign in Syria, together with the Syria talks in Astana and the bilateral ties with Egypt, Saudi Arabia, Turkey and Iran developed in a remarkable way.

Russia is now perceived across the region as an actor with which it is better to cooperate rather than confront.

However, facing a difficult economic situation and an upcoming presidential election, Russia might not be able to increase its influence in the Middle East limitlessly. Moscow clearly understands that, and seeks to implement its regional policy based on two major pillars: maintaining its security, and protecting its economic interests in the region (energy projects, nuclear industry, military-technical cooperation).

In 2017 Russia launched an effective format for Syrian talks in Astana, which contributed to the creation of the de-escalation zones, led to a significant decrease in violence and was a good basis to move ahead with the political process.

Moscow managed to minimise the negative role played by the US and Saudi Arabia in the Syria conflict. Washington still does not seem to have a comprehensive plan with regard to Syria while Riyadh is busy fighting a war in Yemen, implementing its domestic reforms and struggling with dramas in the Gulf.

Russia has also secured two military bases in Syria: a military airbase in Latakia and a naval base in Tartus.

Contrary to the dominant perception, Russia doesn't have full control over its allies in Syria. Syrian President Bashar al-Assad's government and Iran consider themselves as victors in the military conflict and are not ready for serious compromises with the Syrian opposition.

Iran, which has invested heavily in Syria over the past six years, won't make any painful concessions that might be perceived as acquiescing to the interests of the US, Israel and Saudi Arabia.

While Moscow will have to increase its pressure on its allies to allow for more compromise, Damascus and Tehran can easily sabotage any Russia-proposed initiative or plan that doesn't suit their interests. It will be then hard for Moscow to reach an agreement with its allies.

As a result, Russia might be rendered incapable of effectively interacting and coordinating with them.

But there is the potential for abrupt US moves against Iran (new sanctions, the failure of the JCPOA) or increased Palestine-Israel tensions that might hugely complicate and worsen the situation in the region

Additionally, the most sensitive and difficult issues that will be discussed in 2018 include political and constitutional reforms, elections, the fate of Assad, Syria's reconstruction, the role of the Kurds in the country's governance and the presence of the foreign military.

The lack of serious initiatives to address such sensitive issues will convince more regional actors that Russia is incapable of resolving the conflict.

On another regional front, Russia-Turkey relations have been fully restored in 2017 after nearly two years of frozen ties following Turkey's downing of a Russian warplane in 2015. Putin and Erdogan had seven meetings during the year which underlined the level and dynamic of their bilateral ties.

The two parties finalised agreements on a number of big projects, including a Turkish stream and nuclear power plant in Akkuyu. At the end of December, Turkey's purchased four divisions of S-400 air defence systems from Russia, worth $2.5bn. First deliveries are scheduled in March 2020.

Turkey is a state guarantor of ceasefire agreements reached in Astana and only recently joined the newly established trilateral format in Sochi, where Russian, Iranian and Turkish leaders will meet to discuss the conflict in Syria.

Both Moscow and Ankara still have disagreements over Syria mainly concerning Russia's support for Assad, the presence of rebel groups in Idlib as well as the Kurds' attempt to establish autonomy in north Syria.

These differences have triggered some tensions between Ankara and Moscow.

Israel is another regional actor with which Russia is keen to have direct communication over the conflict in Syria. For Russia, Israel is important in the Syrian context. It has its own security concerns with regards to Syria and Iran's rising influence. Israel wants Moscow to keep Tehran in check.

The first de-escalation zone in southwest Syria was agreed between Russia, the US and Jordan in consultations with Israel. Deliveries of Russian S-300 air-defence systems to Iran was a major irritant for Israel together with Moscow's close ties with Hezbollah and Iran.

Israel has a leverage on Russia as it could strike Iranian targets in Syria, a move that could further complicate the situation in Syria. The major challenge for Moscow will be to find a mutually acceptable solution which envisages an Iranian presence in Syria and takes into account Israeli security concerns.

Egypt is a key Middle Eastern country whose bilateral ties with Russia have been developing consistently since 2013 following the military coup that toppled Egypt's first democratically elected president. Since 2014 Putin and Sisi held seven meetings (two in 2017).

Cooperation between Moscow and Cairo is growing in political, economic and military-technical spheres. In 2017, they finalised agreements to build Egypt's first nuclear power plant, worth $25bn. Additionally, Russia and Egypt have signed several multi-billion-dollar arms deals.

Last November, Russia and Egypt designed a draft agreement on joint use of airspace and air bases by two countries' military planes. If this agreement is finalised and signed in 2018, it will establish a legal basis for Russian aviation to use Egyptian infrastructure, hence increasing Russia’s military visibility in North Africa.

Moreover, Egypt is closely watching Russia's involvement in Syria and understands that Moscow has a lot to offer Cairo with regards to the "war on terrorism".

The end of the military phase in Syria's war will allow Russia to free more resources and employ them elsewhere in the region.

From a Russian perspective, Egypt seems to be a good place to start from. Moreover, during the course of 2017 there were reports (although refuted by both Russian and Egyptian officials) that Russia had already deployed a small batch of its special forces and military advisers to Sidi Barrani (a Mediterranean town close to the Libyan border) and was in talks with Cairo about leasing an Egyptian airbase there. Ironically, that same city hosted a Soviet naval base in the past.

Many Russian analysts expect further military cooperation between Moscow and Cairo in 2018 and that the Russian military will have access to the Egyptian military infrastructure.

More significantly, Egypt is a door to Libya, where Moscow plans to play a role in the reconstruction process.

Although Russia-Saudi relations have never been cordial, they started to improve in 2015, which coincided with three key events: the global drop in oil prices, Russia's military deployment in Syria and the rise to power of Saudi Crown Prince Mohammed bin Salman.

As a result, last October Saudi King Salman made a historic visit to Russia. The two parties have quite close and effective coordination in the energy sphere, including volumes of oil output. The kingdom is involved in several investment projects in Russia (and plans to invest about $10bn there) and is in talks to purchase Russian arms.

Moscow values the importance of good relations with Saudi Arabia. Riyadh also recognises Russia's increased influence in the region. Moreover, Saudi Arabia may regard the close ties between Iran and Russia as a way to have a communication channel with Tehran.

However, it should be remembered that the development of relations between Russia and traditional US partners will only be possible if it doesn't harm US interests or so long as Washington allows it to happen. Besides, in 2018 much will depend on US Middle East policy - whether or not it will come up with a comprehensive approach to Middle East crises.

So far, the Trump administration does not seem to have one. But there is the potential for abrupt US moves against Iran (new sanctions, the failure of the JCPOA) or increased Palestine-Israel tensions that might hugely complicate and worsen the situation in the region. This will definitely affect Russia's policy in the region.

If Russia failed to meet these expectations, it would damage its image as a credible partner and will most likely risk losing its position in the region.

Photo: Vladimir Putin at a ceremony at the Kremlin to bestow state awards on military personnel who fought in Syria, December 2017 (AFP) 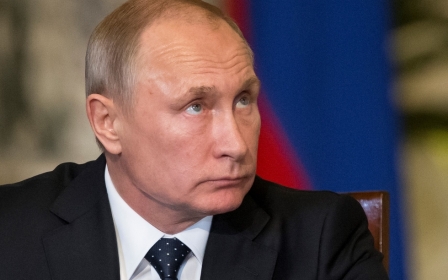 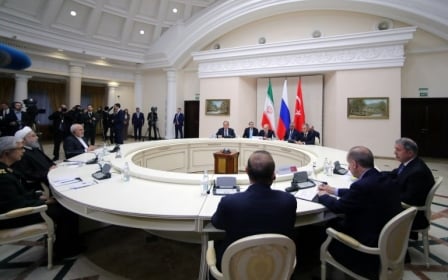 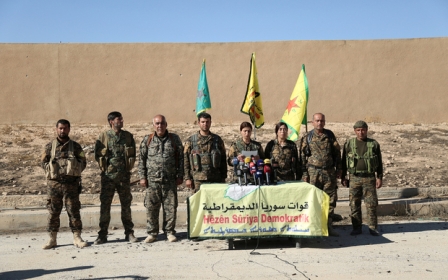