Algeria in the time of cholera: What is the government doing?

Adlène Meddi
The spread of cholera in central provinces has sparked renewed debate on sanitation conditions in Algeria. It is just one example of the government’s disastrous management of public space 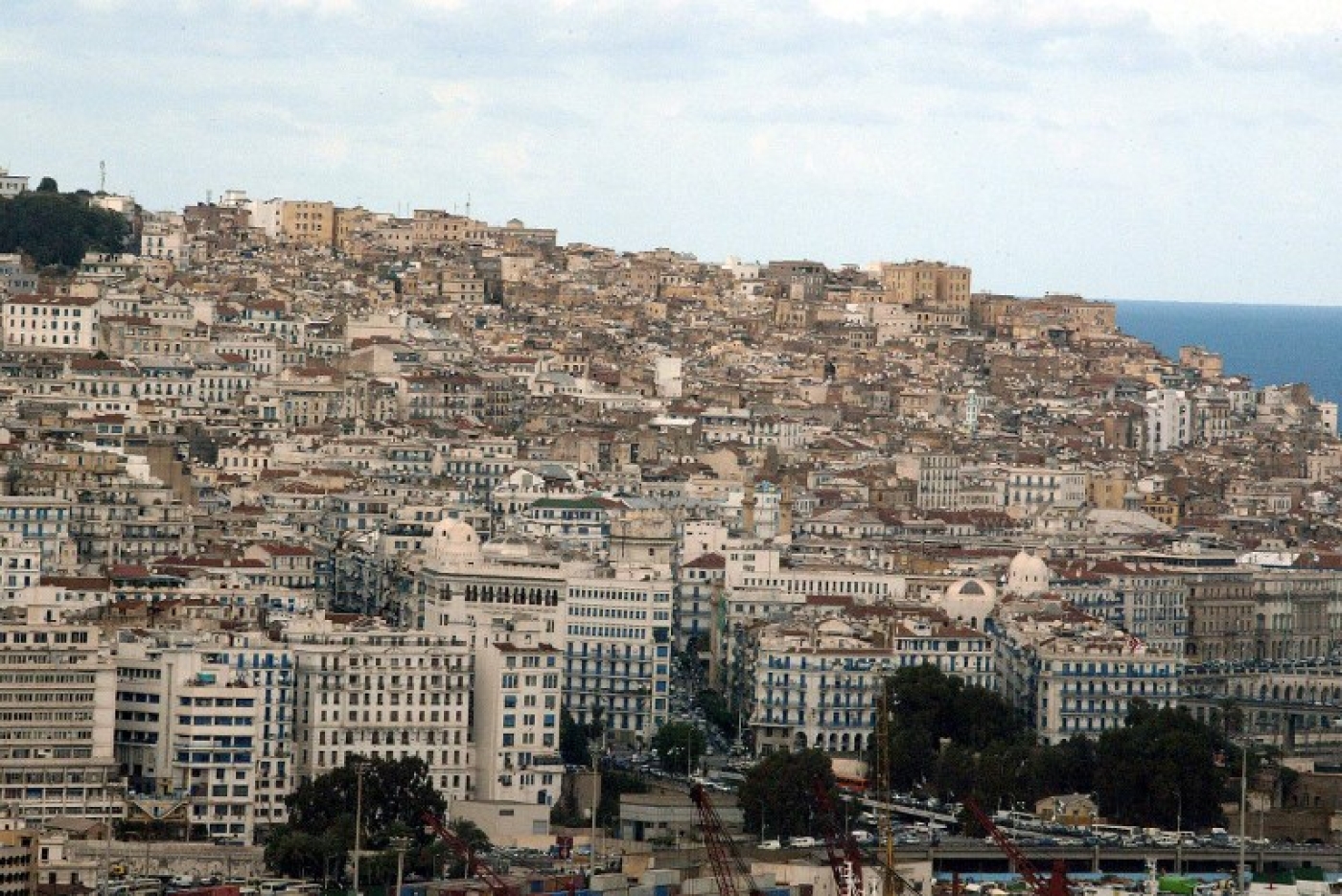 Late last month, I took a brief walk down a familiar street in the centre of Algiers. The capital of Algeria, one of the largest cities in North Africa, is home to two to five million people - there are no recent census numbers.

I kept one eye on the balconies overhead - to make sure one didn't fall on me, due to the extremely poor condition of the old stone made worse by regular hose downs - and the other on where I was putting my feet.

The uneven cracked pavements, frequently resurfaced but with utter disregard for construction standards (juicy public works contracts are awarded by the municipality), are fraught with stomach-churning puddles of water, bags of refuse gutted by stray cats, and heaps of rubble ignored by public works.

According to this tweet, this is a street in the centre of Algiers, literally 10 metres from Audin. Almost a week since the last refuse pickup.

Do these substandard conditions have anything to do with the recent cholera outbreak hitting provinces in central Algeria? Without a doubt. But not in the way some would absurdly suggest, as one senior official (a very senior official) did in 2003 when cases of the plague were declared on the outskirts of Oran: "This was bound to happen. Algerians are dirty!"

The substance of his verdict is being taken up again by the alarmed masses distressed by the resurgence of medieval diseases (cases of typhoid fever are frequently reported during the summer), not to mention the risk of dying after eating couscous at a wedding – an unprecedented number of food poisoning cases have been reported in this season of family celebrations.

Public authorities are basically non-existent, lacking the competency, legitimacy and credibility to respond to the situation owing to widespread practices of extortion and corruption

The government's response to the outbreak is being slammed in social media, backed up by pictures of filth-strewn streets. Moreover, average Algerians are suing each other left and right over rubbish being thrown out of building windows, sheepskins left rotting in the sun after the sacrifice of Eid al-Adha, waste collection schedules not being respected, and refuse littering the beaches and forests, summer and wintertime alike.

Such complaints are valid and easily substantiated, yet the allegations are clumsily misdirected, rarely targeting the forces at work behind our increasingly insalubrious cities.

The conduct of a good number of Algerians is not beyond reproach. Nor is our homegrown urban anarchy that makes our cities look like makeshift villages and our villages look like hideous, concrete covered cities. "Arab houses are clean inside but the streets where they live are dirty. This is because they feel at home in their houses but dispossessed in their country," a foreign journalist once commented.

These words remind me of all the young women and men in Algeria who are taking it upon themselves to organise neighbourhood, beach, and forest clean-up campaigns. Usually, when the campaign is over and the shovels and brooms are put away, the problems start up all over again. Why, one can’t help but wonder. Are Algerians simply dirty and discourteous? If you ask me, no. The blame in fact lies with public authorities unable to either support or perpetuate such salutary initiatives.

Algerian public authorities are basically non-existent, lacking the competency, legitimacy and credibility to respond to the situation due to widespread practices of extortion and corruption. This dispossession of public, physical and political spaces inevitably leads to a generalised lack of trust in federal and local authorities - and to systematic buck passing, as well.

Why should I care about the public space and the common good when I am excluded from it, when neither my vote, my voice nor my rights are respected?

"Why should I help collect funds for resurfacing our neighbourhood’s pothole-riddled streets when the budgets of the wilaya [the prefecture] go straight into the pockets of 'friends', entrepreneurs who know nothing about building a proper sidewalk?” one neighbour asks.

The question could also be put in these terms: Why should I care about the public space and the common good when I am excluded from it, when neither my vote, my voice nor my rights are respected?

Even if some mayors are trying to stave off the generalised chaos on the local level, they have very little leeway. Elected city officials have fewer prerogatives than do state-appointed administrators, the walis [governors] and the sub-prefects, in charge of the regional administration, or daïra.

In authoritarian systems of governance, the popular vote cannot be trusted since it is generally held true that “the people do not know how to vote, that it is up to us - the powers that be - to tell them what to do and how to do it”- a tenet upheld by certain regime opponents as well, though they naturally deny it.

So be it. But after 60 years of squandering human resources, with incompetence and corruption reaching new heights, the powers that be have no right to tell anyone "what to do and how to do it.”

After 60 years of squandering human resources, with incompetence and corruption reaching new heights, the powers that be have no right to tell anyone “what to do and how to do it”

The proliferation of social problems and urban violence, from the murder of a father by the attendant of an illegal parking lot to inter-neighbourhood clashing over parking spaces, illustrates the government’s disastrous management of public space.

The governing elite merely scorns the people, leaving them at the mercy of the most retrograde forces while it turns its anger on more practical targets, such as women living alone or writers who criticise bigotry.

A question of respect

"A policeman wanted to give me a ticket one day, and I refused to hear him out because he wasn’t properly uniformed," says a young businesswoman named Dallal.

So yes, the "people" can be held accountable up to a point, but ignoring the complexities of a system of would-be public and regulatory authorities lacking any real political legitimacy is tantamount to closing our eyes. We need to start by cleaning up own house.

- Adlène Meddi is an Algerian writer and journalist for Middle East Eye. The former editor-in-chief of El Watan Week-end in Algiers, the weekly version of Algeria’s most influential French-language daily, and a contributor for the French magazine Le Point, he co-wrote Jours Tranquilles in Algiers (Riveneuve, 2016) with Mélanie Matarese and is the author of three political thrillers about Algeria, the most recent of which 1994 (Rivages) was published on 5 September. He is also an expert on internal politics and the Algerian secret services.

Photo: The capital, Algiers, like other cities in the country, suffers from multiple dysfunctions that make its living environment unhealthy (AFP)

This story originally appeared on 27 August 2018 in MEE French edition and was translated by Heather Allen. Algeria
Algerian police: After the purge, a restructuring