Nazia Kazi
More than two decades after 9/11, the history of the US national security state’s alliance with right-wing Muslim forces should be central to our understanding of American Islamophobia 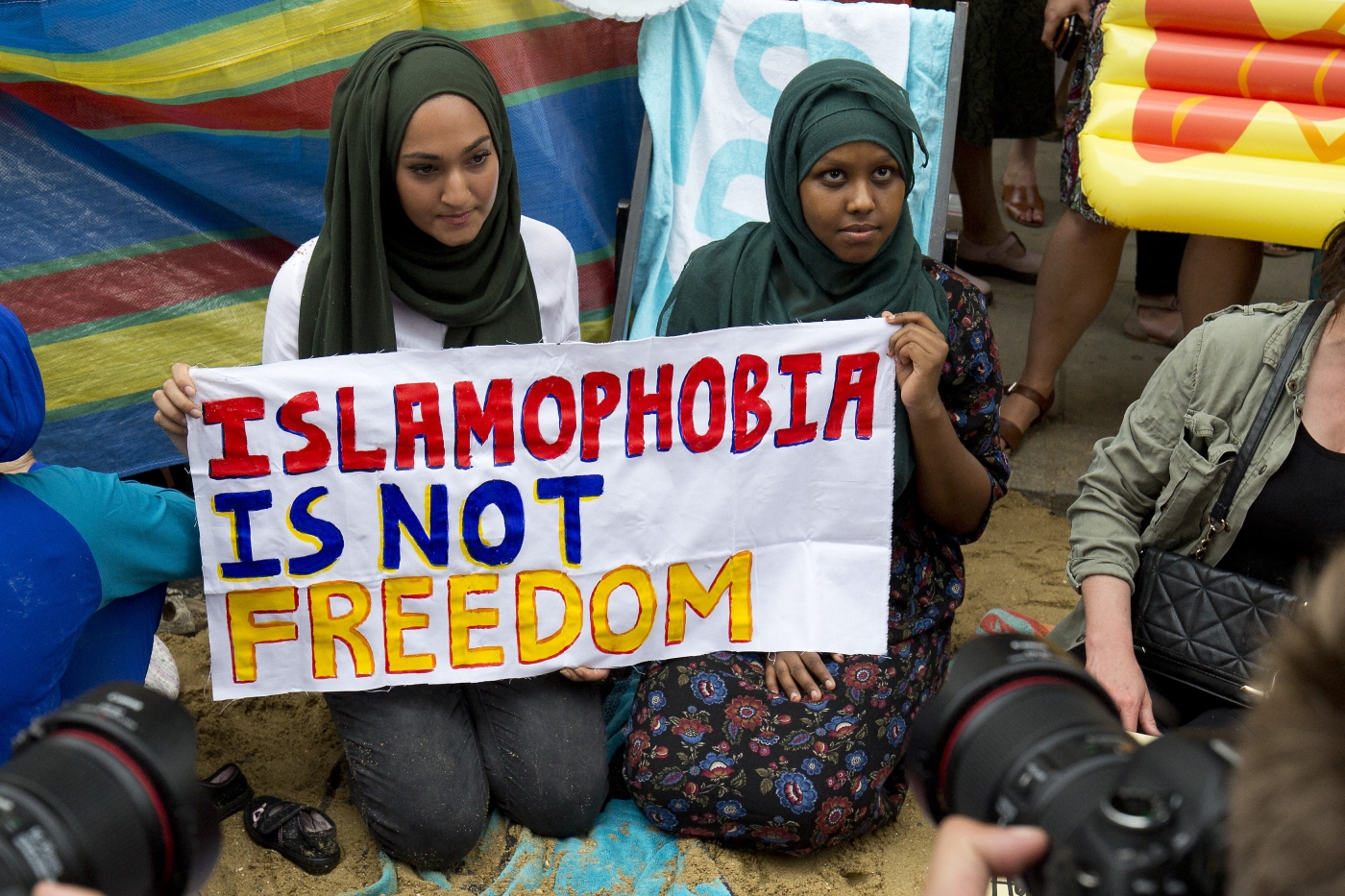 There’s an oft-repeated refrain by Muslim American multiculturalists: “Indonesia is the world’s most populous Muslim country.” You’ll hear it at conventions and panel discussions or read it in pamphlets that remind American audiences that Muslims are not just Arab or South Asian, that the global Muslim population is vast and varied.

Yet, there’s a provocative tale buried here, in the history of this most-populous Muslim nation, and it gets lost in platitudes about the diversity of the Muslim world.

It’s a story that indicts not only imperialist violence and capitalist expansion, but the manipulation of Muslim identity itself in enabling each of these.

Indonesia, where observant Muslim leftists were stamped out by US-backed right-wing Muslim forces, is an object lesson for how we might rethink our fundamental conceptions of Islamophobia

A widespread exuberance swept Indonesia following its 1949 independence from a brutal Dutch colonialism. Independence brought a robust labour movement, thriving trade unions, a leap in the status of women, and a marked improvement in the national standard of living.

The communist party, the PKI, flourished, ushering in literacy in the countryside and the nationalisation of foreign-owned businesses. Most PKI members were observant Muslims, continuing the tradition of Tan Malaka, who had sought to propagate through the Dutch colony the notion of Islam’s compatibility with Marxism-Leninism.

Malaka wrote: “Alongside the crescent, the star of the soviets will be the great battle emblem of approximately 250 million Muslims of the Sahara, Arabia, Hindustan and our Indies…let us realise that the millions of proletarian Muslims are as little attracted to an imperialist pan-Islamism as to Western imperialism.”

Though Indonesian President Sukarno was himself no communist, he recognised the strengths of various forces in Indonesia: communist, nationalist, and religious, and believed a tripartite blend of these ought to shape the nation’s political system.

This was enough for the CIA to make moves to end Sukarno’s rule. At times, these efforts were cartoonish: the agency once produced a false pornographic video, featuring a Sukarno body double, in a ploy to deflate his popularity.

Practising, observant Muslims populated Indonesia’s trade union, progressive, and communist movements. But their right-wing opposition was also overtly religious, and it was in them that the CIA and State Department saw key allies.

These US-backed right-wing Muslim forces would use explicitly religious justifications - despite the overwhelming Muslim composition of the Indonesian left – in their assaults on the PKI and other left elements.

What happened next is well-known: a bloody reign of terror under Suharto that, under the banner of anti-communism, carried out a genocidal purge in Indonesia. Hundreds of thousands, if not a million, were brutally murdered.

The US hailed the outcome a great success. US News & World Report ran a headline: “Indonesia: Hope Where There Once Was None.” As recently as 2011, presidential candidate Mitt Romney assessed the US role in this devastating history, proclaiming, “We helped them move toward modernity.”

Indonesia, where observant Muslim leftists were stamped out by US-backed right-wing Muslim forces, is an object lesson for how we might rethink our fundamental conceptions of Islamophobia.

Perhaps the most insidious case of the security state’s relationship with Islam is in Afghanistan, where the US carefully sponsored a regressive brand of Islamic practise in order to weaken and provoke its Soviet foe.

This sponsorship would come home to roost decades later in the most spectacular instance of blowback in US history, the 11 September attacks.

And Islam wasn’t just a backdrop for the manoeuvrings of US policy in Afghanistan; it was its raw material.

The CIA printed and circulated “jihadi” schoolbooks for Afghan children, books that used the language of Islam and holy war to indoctrinate young Afghans to wage battle against the Soviets.

CIA Director Bill Casey explicitly named Islam a natural ally for the US against communism, printing and circulating thousands of copies of the Quran in Afghanistan.

This reality, in which right-wing alliances serve the whims of empire, is lost when Islamophobia is flattened into a uniform global pogrom against Muslims. Instead, we ought to take seriously the nuances between, for instance, the Indian ethno-nationalist current, China’s response to separatist Islamist movements, and the apparatus of homeland security in the US.

As in the case of Indonesia or Afghanistan, we see nothing inherently at odds between Islam or Muslims and the ambitions of the US national security state. At times, it is the opposite.

The Islamophobia of intelligence

One motive of the CIA itself during the years known as the “cultural Cold War '' was to urge Americans to think in personal, experiential, identitarian terms, not material ones.

At the CIA-backed Iowa Writers’ Workshop, authors were taught to reflect on their lived experiences and sensations, rather than political dynamics and critique.

And in the art world, the agency saw to it that the paint splotches of Jackson Pollock – far more innocuous than the politicised, anti-imperialist art of the time – garnered fame. The Fate of Abraham: Why the West should rethink its relations with Islam
Read More »

Even today, the CIA pushes individualised narratives of identity and inclusion in what some would regard as a cynical ploy to distract us from their continued transgressions in the terror decades.

Last year, a “woke” CIA recruitment video featured a neurodivergent Latinx agent, to which journalist Natasha Lennard quipped, “This is not the old CIA of suited men – it’s a diverse and feminist agency of neo-imperial violence!”

More recently, an op-ed by a trans CIA agent in The Washington Blade celebrated the diversity and inclusivity of the agency.

It follows, then, that liberal understandings of racism often zero in on identity and lived experiences. In the case of Islamophobia, the analysis often starts and ends with anti-Muslim violence and discrimination – a reified sense of hostility – rather than the material conditions that produced it.

Anti-imperialist scholars have written extensively on the material conditions of Islamophobia and the ways Islam has figured in US foreign policy calculus.

Their reminders, that alliances and sponsorship along with antipathy and state violence, comprise Islamophobia, remain absent from popular understandings of anti-Muslim racism.

But history shows us that it was not Islam qua Islam that earned US support for anti-Sukarno Muslim forces in Indonesia, nor in the case of the right-wing mujahideen in Afghanistan.

And in Saudi Arabia, where the royal family has enjoyed decades of bipartisan American support, it is not the Saudi brand of Wahhabi Islam that guarantees undying support from the US.

Where the US relationship to the “Muslim world” is concerned, it is leveraged in whichever direction best serves the dictates of capital.

In fact, popular discourse on Islamophobia rarely mentions terms like “leftist,” “right wing,” or the economic ambitions of US empire – an astonishing omission given the very motivations for American Islamophobia.

As historian Michael Parenti reminds us, “The terms ‘Right’ and ‘Left’ are seldom specifically defined by policymakers or media commentators - and with good reason. To explicate the politico-economic content of leftist governments and movements is to reveal their egalitarian and usually democratic goals, making it much harder to demonise them.”

With this rejoinder, we might reconsider the US alliance with Afghan warlords during the Cold War or with Saudi monarchs today.

Such alliances are not shameful foreign policy blunders on the part of the US. They are, by design, in service of the economic establishment.

The Muslims targeted by the nascent CIA were autonomous, progressive, and left-leaning Muslims - those who posed a threat to the expanding tentacles of empire.

History has proven that the US would just as easily sanctify Muslims and Islam as it would demonise them, and the allies of American capital have run the gamut from bourgeois democracy to Islamist theocracy.

Regarding the Taliban government’s Unocal pipeline deal with the US in the mid-1990s, a State Department official said, “The Taliban will probably develop like the Saudis did. There will be Aramco, pipelines, an emir, no parliament, and lots of shariah law. We can live with that.”

Author Vijay Prashad reminds us that because of such machinations by Washington, a “belligerent, orthodox Islam seeded what would later emerge in force against socialism and against the modern world.”

This is precisely why “client states emerged throughout the Global South that became ventriloquists for white supremacy, spewing the language of the market … and extending new forms of coloniality and racial capitalism that sought to undermine…other projects of radical decolonization,” write scholars Sohail Daulatzai and Junaid Rana.

A more comprehensive framing of Islamophobia would ask as its central question, “What if?”

What if, for instance, every Muslim attempt towards worker dignity, land reform, and resource autonomy had not been met by the crushing foreign policy consensus in Washington?

What might have flourished for Muslims in an Afghanistan or Indonesia not targeted by the US’s firm commitment to right-wing tendencies around the world? America’s mercurial relationship with the world’s Muslims ought to be the raw material of our understanding of Islamophobia.

The US’s eager sponsorship, at times even authorship, of versions of Islam that are now anathema to the liberal West should not be a mere addendum to our understanding of Islamophobia, but an integral feature of it.

We sit now at a moment in history - more than two decades after the 9/11 attacks -  when the Islamophobic features of the war on terror fade in much of America’s collective memory. Without a correction to the existing narrative on Islamophobia, we risk essentialising this anti-Muslim hostility, recording it as a matter of identities and intolerances rather than material realities.

Such a correction makes clear Islamophobia’s undeniable connection to imperialism, that ultimate manifestation of capitalism.

Nazia Kazi is Associate Professor of Anthropology at Stockton University, where she also serves on the Union’s executive board and as faculty advisor to the Muslim Student Association. She is also a faculty affiliate of the Rutgers Center for Security, Race and Rights. Her first book, “Islamophobia, Race, and Global Politics,” is now available in an updated second edition from Rowman &Littlefield. At Stockton, she teaches classes on migration, racism, and the War on Terror. She is working on her second book, which explores the role of the US security state’s involvement in progressive movements in Muslim-majority countries. 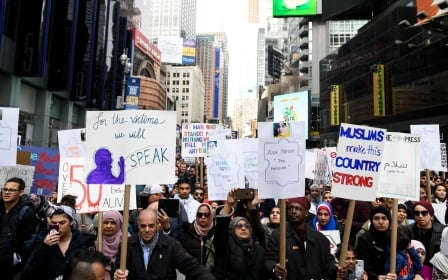 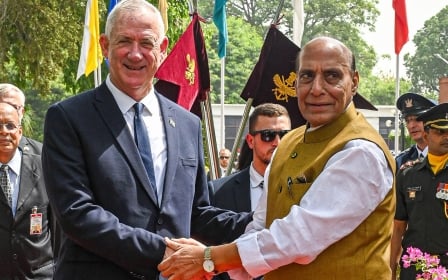