CJ Werleman
American Sniper is a pro-US, pro-war-on-terror propaganda film that misleads the audience into believing Iraq had something to do with 9/11 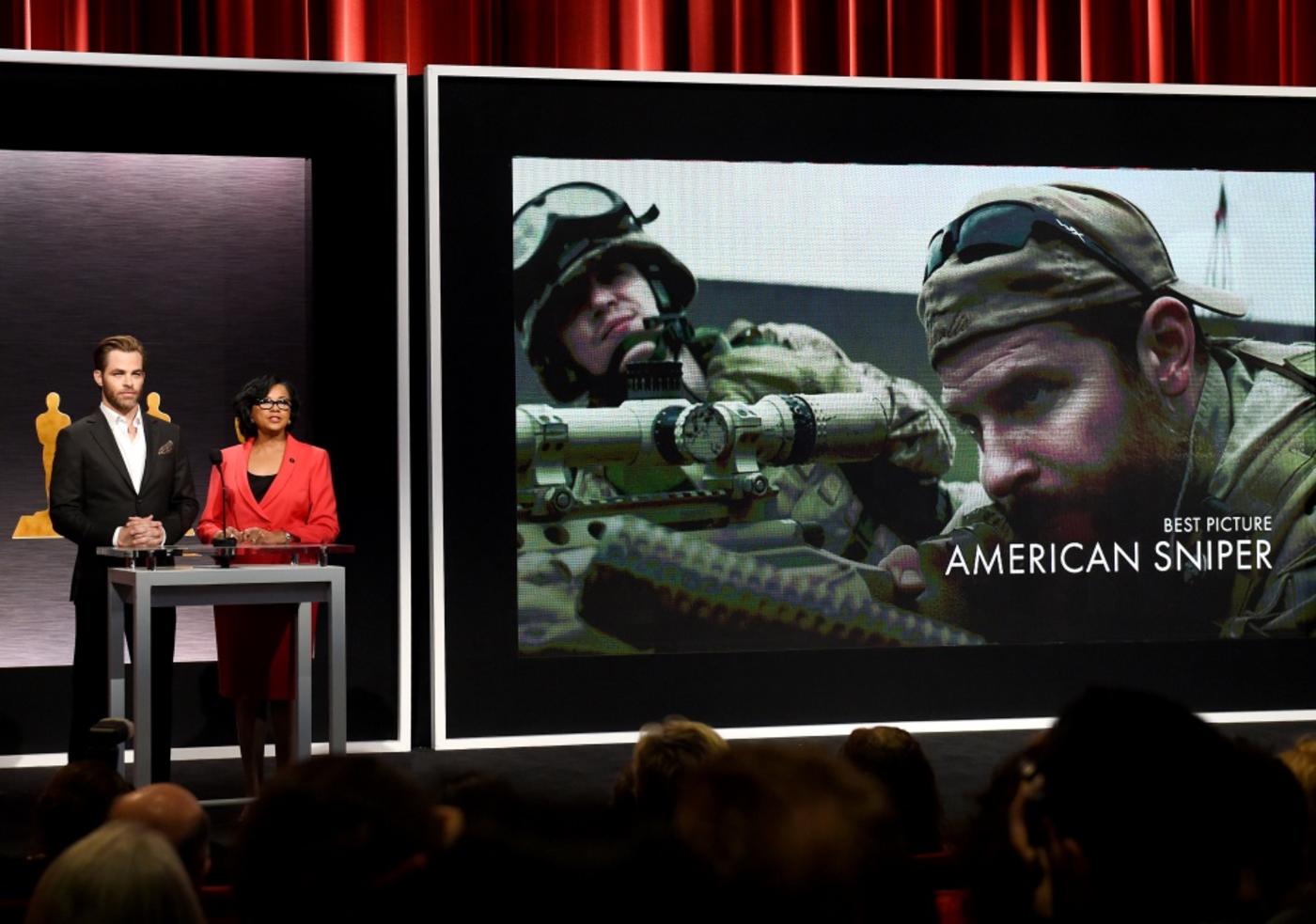 American Sniper retells the story about four Iraq combat tours of the most lethal sniper in US military history, Chris Kyle. Despite having been nominated for six Academy Awards, including Best Picture, the Clint Eastwood directed film was better than I expected, and I still hated it.

With a record breaking $105 million in box office earnings in its opening weekend, the film has arguably generated more controversy in the US than any movie I can recall.

Much of the controversy has centred on the portrayal of the late Chris Kyle himself. Veterans who served with Kyle have praised the accuracy of actor Bradley Cooper’s impersonation, but a number of liberal journalists have lambasted the film for not staying true to Kyle’s autobiography. In fact, the film came close to portraying Kyle as a reluctant warrior. You know, the whole “I’m just doing my job” routine. In the book and in Kyle’s own words, however, killing 160 Iraqis, who were mostly the “civilian by day, soldiers by night” type, was something Kyle actually took great satisfaction from.

“I don’t shoot people with Qurans. I’d like to but I don’t,” Kyle told a military investigator after being accused of killing an unarmed Iraqi civilian. In other parts of his book, Kyle writes: “I couldn’t give a fuck about the Iraqis” and “I hate the damn savages.”

I will leave it for others to wax lyrical on whether Kyle was a racist thug or not. In many ways, I reserve some sympathy for the man given the enormous and unjustifiable burden the US military placed on him - four tours and 160 enemy KIAs (killed in action) is a weight no one man should be expected to carry.

I like that a film has reignited the Iraq war debate and I like a film that puts a spotlight on the psychological cost exacted on those who are asked to serve. I hate that American Sniper amounts to nothing more than a militaristic propaganda piece that would’ve made the Nazi film maker Joseph Goebbels blush. “American Sniper kind of reminds me of the movie that’s showing in the third act of Inglorious Basterds,” tweeted actor Seth Rogen, which is a Quentin Tarantino film that narrates a fictitious Jewish-American plot to assassinate Hitler and the leadership of the Third Reich.

From the very outset, American Sniper is unashamedly set up as pro-US, pro-war-on-terror propaganda. In the second scene, Kyle, as played by Cooper, has a childhood flashback. At the family dinner table, Kyle’s father lectures the then 10-year-old Kyle: “There are only three types of people in this world: sheep, wolves and sheepdogs,” and that the sheep-dogs are there to protect against evil. The inference is clear and intentional: the sheepdog is the righteous American sniper whose mission is to protect his men against the evil Iraqi wolves.

A half-dozen scenes later, we are shown actual CNN footage of the second plane striking the North Tower on 9/11. We see the buildings collapse. We then see Kyle and his squad celebrate the news that they’ve been deployed to Iraq. Again, here the inference is clear and intentional: to mimic the Bush administration’s pre-Iraq invasion propaganda, and in doing so, elevate Kyle by misleading the audience into believing Iraq had something to do with 9/11. A sleight of hand made easy by the fact that almost 50 percent of Americans still wrongly believe Iraq instigated the September 2001 attacks.

The morality and legitimacy of the illegal Iraq war is never questioned. The Iraqis aren’t portrayed as defenders of their homeland or as resisting a foreign occupying force, but rather as barbaric, mindless, evildoers.

In his book and in the film, Kyle repeatedly refers to the locals as “savages”. In the opening scene, Kyle is positioned on a mid-rise building overlooking a Fallujah street that the Marines are sweeping. A mother and her young son step out into the street, passing a grenade to each other. Kyle assassinates both with a single shot - his first confirmed kills. Rather than being sympathetic to their plight, their desperation to resist overwhelming foreign military force, Kyle (Cooper) remarks, “What kind of evil is that?”

In his book, Kyle offers a few more words on his first kill. “Savage, despicable evil. That’s what we were fighting in Iraq…. she was too blinded by evil to consider them. She just wanted Americans dead, no matter what.”

Ross Caputi, a former US soldier who took part in the siege of Fallujah, condemned what is a rewrite of history. Caputi claims that few “documented facts” about the siege were presented in American Sniper. “These facts include that the Americans used white phosphorus on civilians, turned away humanitarian aid to those who needed it, cut off water and electricity to the 50,000 civilians trapped in the month-long siege, and were participating in a war sparked by a set of lies,” writes David Mastracci for The Islamic Monthly.

But nowhere in Hollywood is an Iraqi allowed to ask: “What kind of evil is that?”

In reality, however, Iraqi victims of US violence do get to answer that question. Layla Asamari is an Iraqi. An American sniper killed her uncle. “My uncle Abdulrazaq (my father’s younger brother who is 50-years old) was in Iraq (in our home city of Samarra) on Thursday January 5th, 2006 and at 8pm went to go meet with his business partners to finish financial exchanges and on his way back he was killed by American troops,” she writes. “Upon stealing the $10,000 that were in his coat pocket the troops that the Americans are so proud of and support, found that he did not have any weapons or explosives and then they dumped his body at the local hospital and walked away with his money.”

Throughout the film, the killing scenes are portrayed in a predictable manner. US soldiers are noble warriors on patrol - their violence is reasonable, swift and proportional. The Iraqis, however, are presented as shadowy, scheming figures, who use disproportionate and “uncivilised” violence - if there is ever such a thing.

In American Sniper, we are introduced to an emotionless Syrian-born sniper, who videos his killings of US soldiers for Iraqi public consumption, and an even more terrifying figure “the Butcher,” who drills holes into the heads of civilians who offer any assistance to the Americans.

Essentially, this is how the entire war on terror has been sold and consumed by America. Western media outlets sell us images of beheaded Western journalists, and we are transfixed and left incomprehensible by the savagery of their violence.

We are spared, however, from the imagery of the violence we inflict. “Our terror is delivered to the wretched of the earth with industrial weapons. It is, to us, invisible,” reminds Chris Hedges. “We do not stand over the decapitated and eviscerated bodies left behind on city and village streets by our missiles, drones and fighter jets. We do not listen to the wails and shrieks of parents embracing the shattered bodies of their children. We do not see the survivors of air attacks bury their mothers, fathers, brothers and sisters.”

It’s somewhat suspicious, although not suspicious enough to spark a conspiracy theory, that the pro-war on terror American Sniper has been lauded by Hollywood at the same time the war on terror escalates. Today, Hollywood and the motives of the imperialist US state are inextricably entwined. These days it’s almost impossible to tell where one begins and the other ends.

In 2013, Argo, a fictitious and dramatised account of the 1979 Iranian hostage crisis, won the Academy Award for Best Picture. It was the US First Lady, Michelle Obama, who opened the envelope to announce Argo as the winner. The question is: where is the wall separating media and the state? There is certainly a valid discussion to be had here.

Ultimately, a propaganda film that rewrites history, whitewashes the sins of the past, and dehumanises the Other ensures a repeat of similar sins in the future. “And, willfully ignorant, we do not understand our own complicity. We self-righteously condemn the killers as subhuman savages who deserve more of the violence that created them. This is a recipe for endless terror,” warns Hedges.

If art imitates life, and vice-versa, then introspection and self-examination remain as elusive as ever, which all but guarantees we will send more men like Chris Kyle to be broken in foreign lands and meaningless wars.

- CJ Werleman is an opinion writer for Salon, Alternet and the author of Crucifying America, and God Hates You. Hate Him Back. Follow him on twitter: @cjwerleman

Photo: Chris Pine and Academy President Cheryl Boone announce the movie American Sniper as one of the Oscar nominees for Best Picture (AFP) 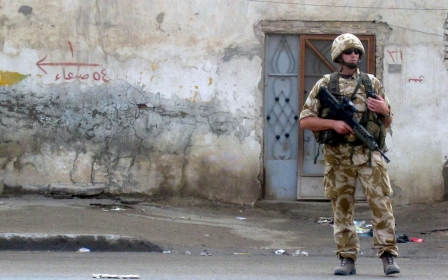