IS and the IDF: Canada’s double standard

Eric Walberg
Why are IDF members tolerated and even lauded in the West while IS fighters are despised and killed? In what sense is the IDF scenario any less reprehensible than the IS one? 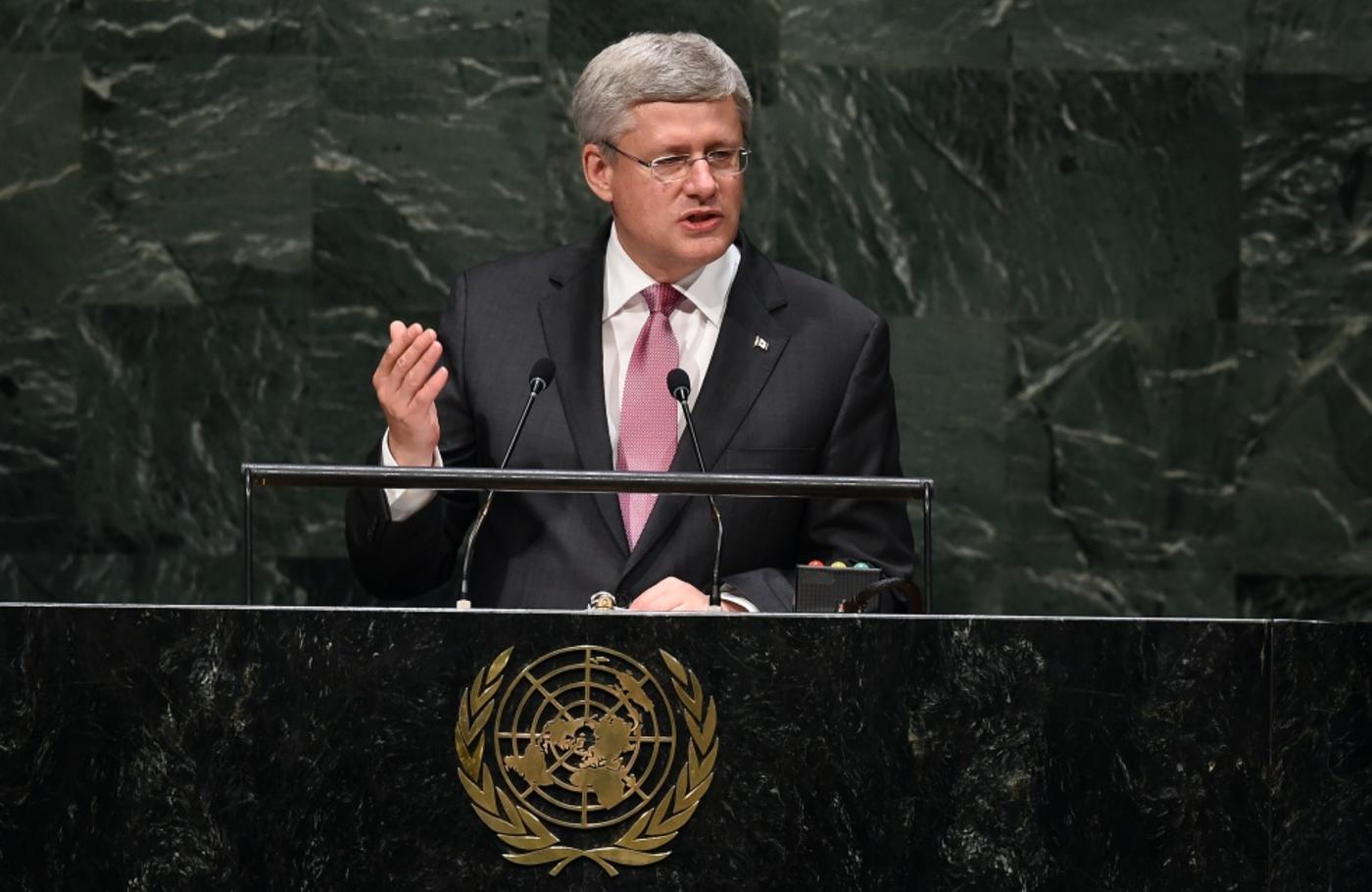 In recent weeks there has been a spate of articles about western youth flocking to Syria and now Iraq to join the IS “caliphate.” An estimated 11,000 such fighters have already made the leap. Up to 130 Canadians have joined them, including Hamiltonian York University student, Mohamud Mohamed Mohamud, a Somalian Canadian, known to his friends and family as sociable and well-adjusted, wearing the latest fashions, listening to pop music and watching teen movies like all the rest of Canada’s multicultural happy family.

In September, Mohamud was declared the first Canadian killed by US-backed Kurdish forces in Syria.

As Canadian Prime Minister, Stephen Harper enthusiastically volunteers Canadian bombers and ground forces - 70 of the proposed 600-member contingent are already there - soon Canadian soldiers will be targeting Canadian jihadists like Mohamud far from home. Few Canadians feel that Canada’s Afghanistan mission, which killed 158 and has left almost 2,000 Canadian soldiers traumatised and wounded, produced anything of value for Afghans. Nor does anyone believe that it contributed to Canada’s security, which is presumably the purpose of armed forces. Now he is eager to repeat this disaster, even as frustrated Canadian youth react by joining the latest jihad against western occupation of the Middle East.

Both Mohamud and Harper’s commitment to multiculturalism is clearly skin deep. Mohamud actually believes that Islam is special, that the West intends to destroy it, and he came to reject western pop culture. For Harper, multiculturalism is the glue that binds Canadians to the US - regulated global market, where countries like Canada have a privileged economic place. He can’t really believe Canada war planes killing Iraqis - and Canadians - will somehow improve the situation in Iraq.

On the contrary, the jingoism generated by fighting a war far from home is a great vote - getter as Harper prepares for the next election in 2015. As in Afghanistan, once the troops are there and dying, “patriotic” Canadians will support them - and those returning in body bags, even though deep down, like Harper, no one believes their sacrifice does anyone any good. Good for Liberal leader Justin Trudeau, who actually called Harper on his latest foreign policy fiasco-in-the-making: “Once again [Harper] relied on rhetoric rather than facts and information. He has no plan, he has not justified his case for going to war in Iraq.”

Youth such as Mohamud are denounced as misguided and naïve. But they are really just responding to the West’s cynical call to overthrow the Syrian government, a decades-old western policy and still the goal of the US government, despite Bashir Assad being the main force resisting IS.

It is hard to believe that behind Mohamud’s angelic face lurks a bloodthirsty head-chopper intent on ethnically cleansing Shiite, Christians and secularists. Yet he is officially a “terrorist,” and the Canadian soldiers already on the ground in Iraq are officially the good guys, now tracking down the Mohamuds and killing them without compunction, to the applause of the western media.

Yes, Mohamud went illegally to a foreign country to fight in an illegal war, as defined by western politicians. Why was he eager to go there, abandoning the safety and economic prosperity his family had achieved for him in Canada? Where were such jihadists even 50 years ago? Why now?

The answer of course is “Israel.” The violent occupation of Arab lands in 1948 was bad enough, but the seizure and rapid colonisation of all of Palestine since 1967 radicalised the Middle East and became a rally cry for jihad by Muslims around the world. The momentum is still building and will keep on building as long as Israel is doing what it’s doing.

Though IS is busy now creating a caliphate where there is the least resistance - Syria and Sunni Iraq, its goal is to oust not only Shiite and Christians, but all Jews from Palestine. From the start, Israel’s actions have been and continue to be “illegal” in light of international law, and they will continue to inspire such jihadists long into the apocalyptic future.

So what about the steady stream of Jewish youth “making Aliyah” (the immigration of Jews from the diaspora to the land of Israel), following almost the same physical journey as the Mohamuds, and like the Mohamuds, picking up guns to fight the enemy? Why can’t they be nice multicultural Canadians, observing their rituals in quiet Canadian suburbs, just as most Canadian Muslims quietly observe their rituals without killing anyone?

Because Jews around the world have the legally recognised option of supporting Israel’s jihad against its Muslim neighbours. Yes, jihad, because Eretz Israel (Greater Israel) is still aggressively expanding, 70 years after it was founded. Israel has no agreed borders, calling itself a “Jewish state,” where Jewish is defined according to racial heritage rather than religious belief (Israel’s founder, Ben Gurion was a self-proclaimed atheist).

Canadians with Jewish ancestry can hop on a plane for Tel Aviv and receive citizenship and an Israeli passport automatically at the border, a privilege which no other Canadian ethnicity enjoys. If you are between 18 and 49, you will also be expected to serve in the army. For some Jewish youth eager for adventure, this is part of the lure if Israel: go there, get a gun and legally kill Arabs “in defence of Israel.” And if the discomforts of life in Israel become too frustrating, book a return flight to Toronto and relax in your quiet suburban home, far from the fighting. No questions asked.

This defies international law, where citizens should have equal rights regardless of race, and a government is expected to negotiate acceptable borders with its neighbours. Yet, unlike IS, Israel and its Canadian armed supporters face no international sanctions.

Why are such youth tolerated and even lauded in the West while the Mohamuds are despised and killed? In what sense is the IDF scenario any less reprehensible than the IS one? Avram is acting much like his jihadist counterpart Mohamud, looking for adventure, for a chance to expand the territories of Greater Israel, just as Mohamud is eager to expand the caliphate.

Who is the real terrorist? The answer is of course “both.” Both are pursuing a war to violently expand their territories in defiance of international law. But western culture lauds Israel and lets Avram literally get away with murder while demonising Mohamud. Avram will now be assisted by Canadian soldiers to kill fellow Canadians like Mohamud.

To fight terrorism, both Mohamud and Avram must be discouraged. In fact, if Israel is made to abide by international law, the Mohamuds would not be duped into joining a dubious campaign which is far from the original Quranic intent of jihad. That brand of terrorism would dry up overnight.

Instead, this steady stream of Aliyah-makers and jihadists will continue, and in both cases the blowback from their violence will eventually visit Canada, bringing battle-hardened killers -Muslims and Jews - back to Canadian soil, some suffering from post-traumatic stress and capable of perpetrating “terrorist” attacks in peaceful Canada. And they will be joined by the thoroughly legal Canadian soldiers, sent to Muslim lands to fight jihadists, only to return to face an uncertain future in Canada, suffering from their own traumas.

- Eric Walberg is a journalist specialising in the Middle East, Central Asia and Russia. An economics expert he has written widely on East-West relations since the 1980s. 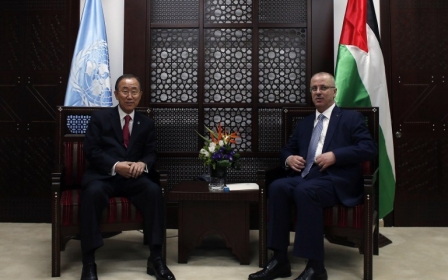 Inside Israel
Wind of change in Israel
Michal Zak 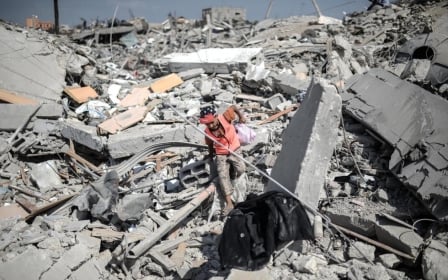